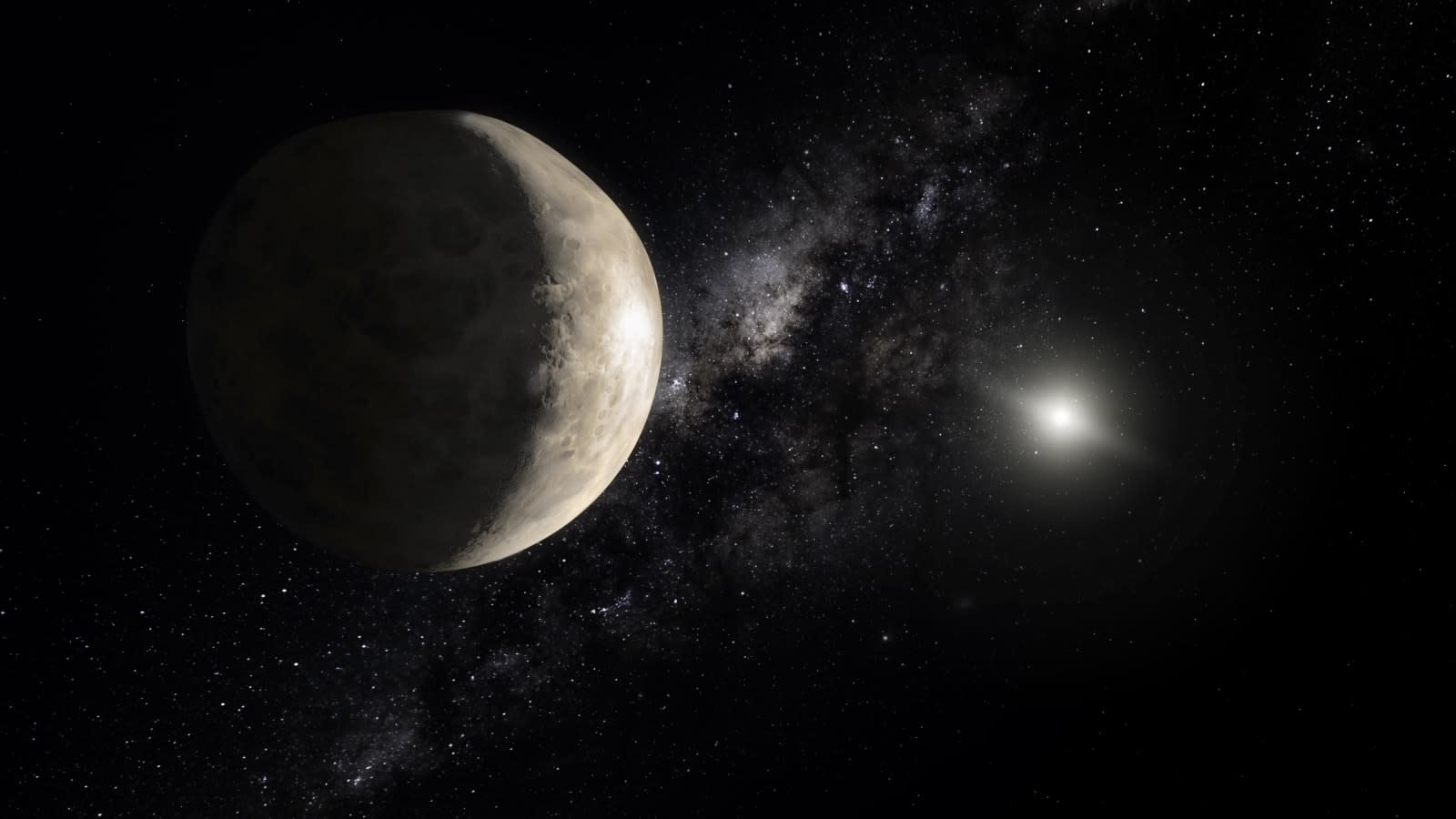 Pluto, Ceres, Eris, Makemake and Haumea have another possible candidate to consider for their dwarf planet squad. A team of researchers have discovered the new, tiny candidate deep within the Kuiper belt, 8.5 billion miles from the sun. It's officially called the 2014 UZ224, because they first spotted it in 2014 -- the reason we're only hearing about it now is because it took two years to confirm its existence.

UZ224 is only 330 miles across, much smaller than Ceres (590 miles in diameter) that's officially known as the smallest recognized dwarf planet. In fact, team leader David Gerdes told NPR that he expects astronomers to argue that it's a bit too small to be classified as one. The decision is ultimately up to the International Astronomical Union, though, which you might know as the group responsible for Pluto's demotion.

The celestial body is also so far away from us, it takes 1,100 Earth years to complete a single journey around the sun. Due to its size and the possibility that it could be third most-distant object in our solar system, its discovery is nothing short of impressive. It all started years ago when Gerdes challenged some of his undergraduates to find new objects lurking unnoticed in the images taken by the Dark Energy Camera. That's the same instrument installed on a telescope on top of a 7,200-foot mountain, designed to observe how galaxies and supernovae move. Scientists are hoping that the data it gathers can help them understand dark energy, a mysterious force that's hypothesized to be the cause of the universe's continued expansion.

The instrument captures the same small patches of the sky on cam roughly once a week. Theoretically, the team would only need to compare photos of the same patch taken at different times. But since the camera only takes photos "roughly" every week, and there's a huge number of celestial bodies out there, the researchers had to develop a program that can detect moving objects in the images.

Gerdes and his team are now working to find the Neptune-sized Planet Nine, and this discovery could help them achieve that goal. After all, the movements of other objects (like the UZ224) in the Kuiper Belt could help them figure out where to look for what could become Pluto's replacement.

In this article: darkenergycamera, dwarfplanet, science, space, UniversityOfMichigan, UZ224
All products recommended by Engadget are selected by our editorial team, independent of our parent company. Some of our stories include affiliate links. If you buy something through one of these links, we may earn an affiliate commission.