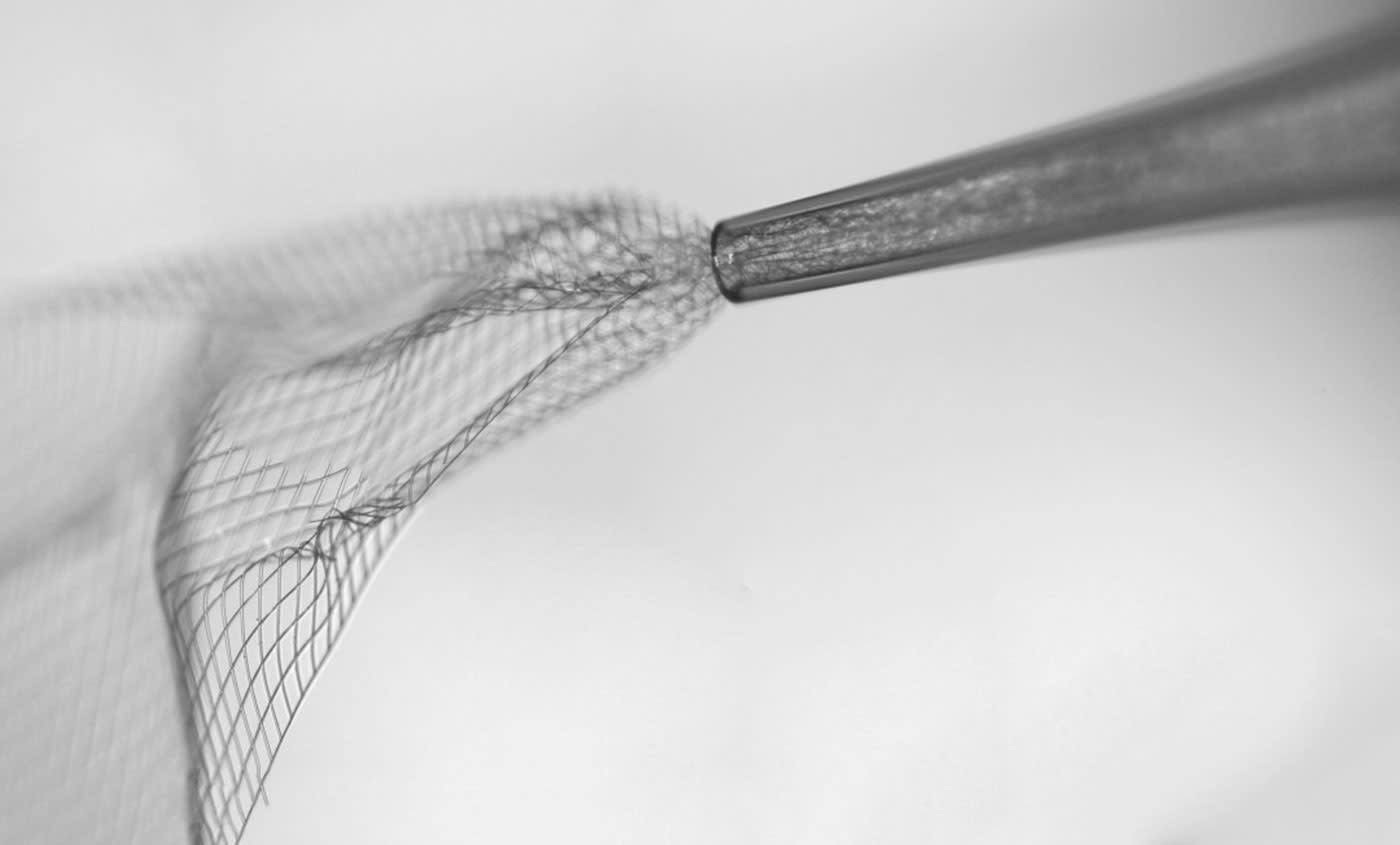 Last year, a team of Harvard University researchers revealed that they created a wire mesh doctors can inject into the brain to help treat Parkinson's and other neurological diseases. They already successfully tested it on live mice, but now that technology is ready for the next stage: human testing. The mesh made of gold and polymers is so thin, it can coil inside a syringe's needle and doesn't need extensive surgery to insert. Once it's inside your head, it merges with your brain, since the mesh has spaces where neurons can pass through.

A part of it needs to stick out through a small hole in your skull so it can be connected a computer. That connection is necessary to be able to monitor your brain activity and to deliver targeted electric jolts that can prevent neurons from dying off. By preventing the death of neurons, which triggers spasms and tremors, the device can be used to combat Parkinson's and similar diseases. Eventually, the wire mesh could come with an implantable power supply and controls, eliminating the need to be linked to a computer.

The team believes their creation also has a future in mental health, since it can deliver a more targeted treatment for conditions like depression and schizophrenia than medications can. They'll definitely find out more once human trials begin, and it sounds like it could take place in the near future. According to MIT's Technology Review, the researchers have begun working with doctors at Massachusetts General Hospital and will soon perform experiments on patients with epilepsy.

In this article: charleslieber, epilepsy, harvard, humantrial, medicine, parkinsons, science, wiremesh
All products recommended by Engadget are selected by our editorial team, independent of our parent company. Some of our stories include affiliate links. If you buy something through one of these links, we may earn an affiliate commission.