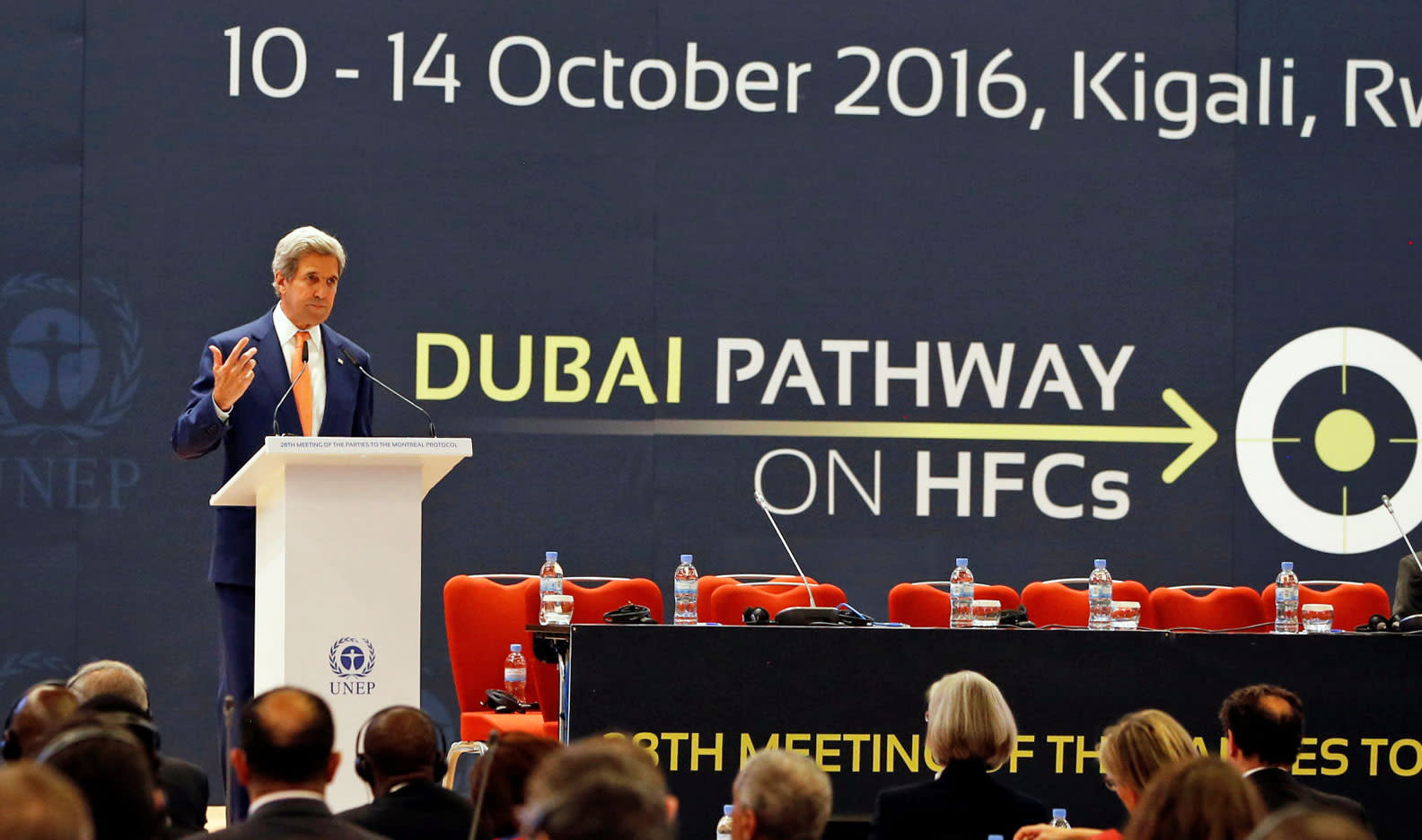 Today, more than 170 nations have settled on a plan to cut the use of hydrofluorocarbons (or HFCs), a refrigerant that causes warming in the Earth's atmosphere. Called the Kigali Amendment for the location of negotiations in Rwanda, it's the result of seven years of work to expand the Montreal Protocol reached in 1987. That deal phased out the use of ozone-depleting chemicals, and by adding to it, this agreement carries its legally binding weight as a treaty, without needing to wait for ratification like last year's Paris Agreement.

The gradual reduction of HFCs is scheduled to start in 2019 for countries like the United States, with China and 100 others pledging to take action in 2024, followed by other countries including India and Pakistan in 2028. While countries including the US had reportedly pushed for a faster schedule, scientists cited by the Natural Resources Defense Council said it will avoid "early 90 percent of the temperature increase that HFCs could have caused." In a statement, director David Doniger said the group's estimates show this agreement "will avoid the equivalent of more than 80 billion tons of CO₂ over the next 35 years."

HFCs were introduced in the 80s as a replacement for those ozone-depleting chemicals, but while they're said to represent a small fraction of the greenhouse gases in the atmosphere, they trap heat and do more to warm the climate than carbon dioxide. They're used in refrigerators, air conditioners, insulating foams, inhalers and other applications, and will be replaced by more climate-friendly chemicals. The new agreement could avoid up to half of a degree of global warming by the end of the century, which will help reach the Paris Agreement goal of limiting warming to under two degrees.

In this article: breaking news, CFCs, climatechange, culture, globalwarming, green, greenhousegases, HFCs, KigaliAmendment, MontrealProtocol, ozone, ParisAgreement, politics, science
All products recommended by Engadget are selected by our editorial team, independent of our parent company. Some of our stories include affiliate links. If you buy something through one of these links, we may earn an affiliate commission.