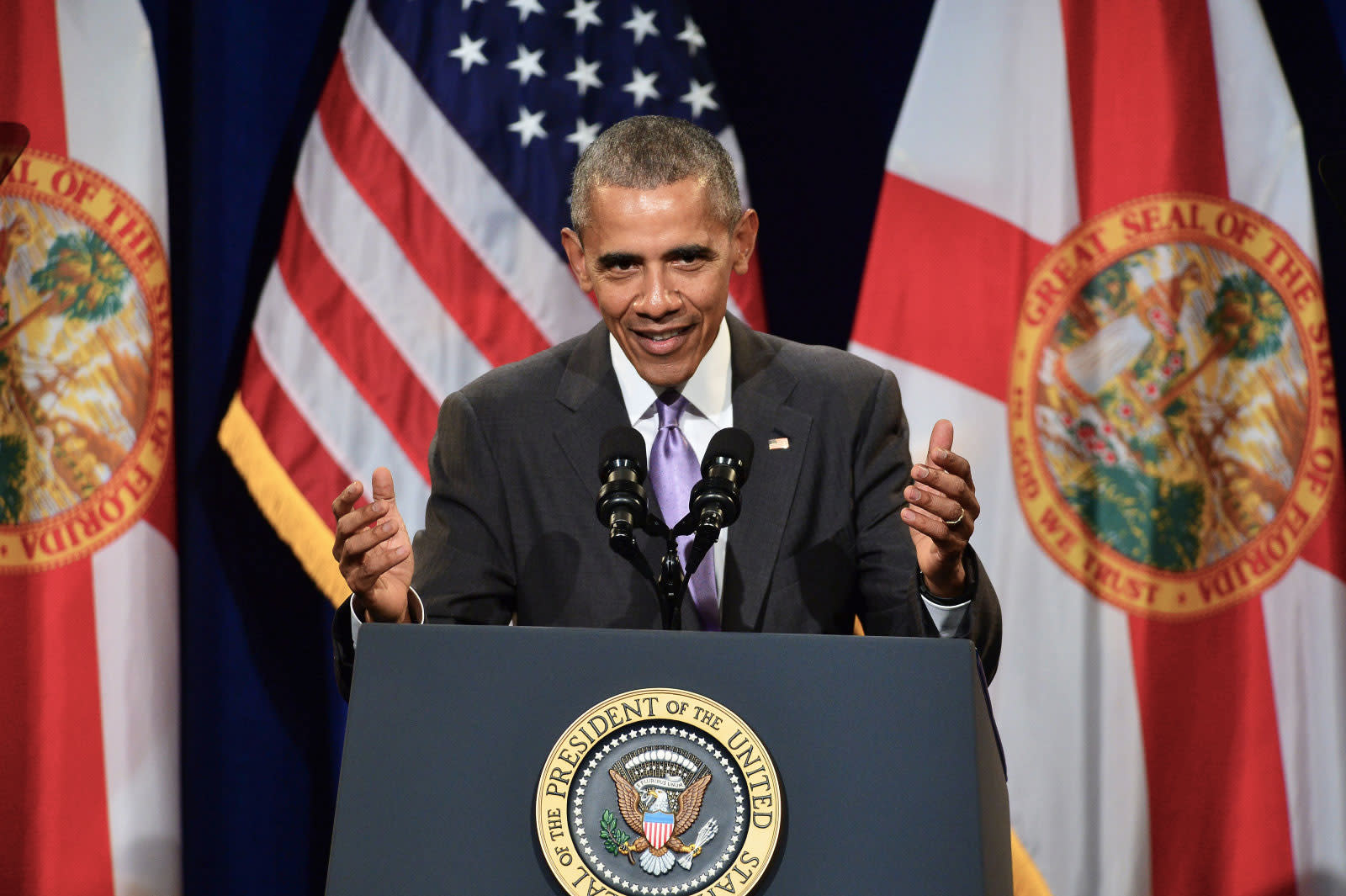 Samsung is having a tough time. The fire-prone Galaxy Note 7 is one the biggest blunders ever in tech and now President Obama is using it as a punchline.

During a speech about the Affordable Care Act at Miami Dade college in Florida, the Commander in Chief made an analogy about issues with Obamacare to new smartphones hitting the market:

When one of these companies comes out with a new smartphone, and it has a few bugs, what do they do? They fix it, they upgrade. Unless it catches fire and then they just, then they pull it off the market.

But you don't go back to using a rotary phone! You don't say, well we're repealing smartphones — we're just gonna do the dial-up thing

This is a simultaneous 🔥🔥🔥 on Samsung, Republicans and rotary phones. pic.twitter.com/HkHJeUfbL7

Neither Samsung or the Galaxy Note 7 are ever mentioned by name, but we all know which phone Obama is referencing.

In this article: BarackObama, gadgetry, gadgets, GalaxyNote7, gear, mobile, Note7, Obama, Obamacare, politics, President, samsung
All products recommended by Engadget are selected by our editorial team, independent of our parent company. Some of our stories include affiliate links. If you buy something through one of these links, we may earn an affiliate commission.