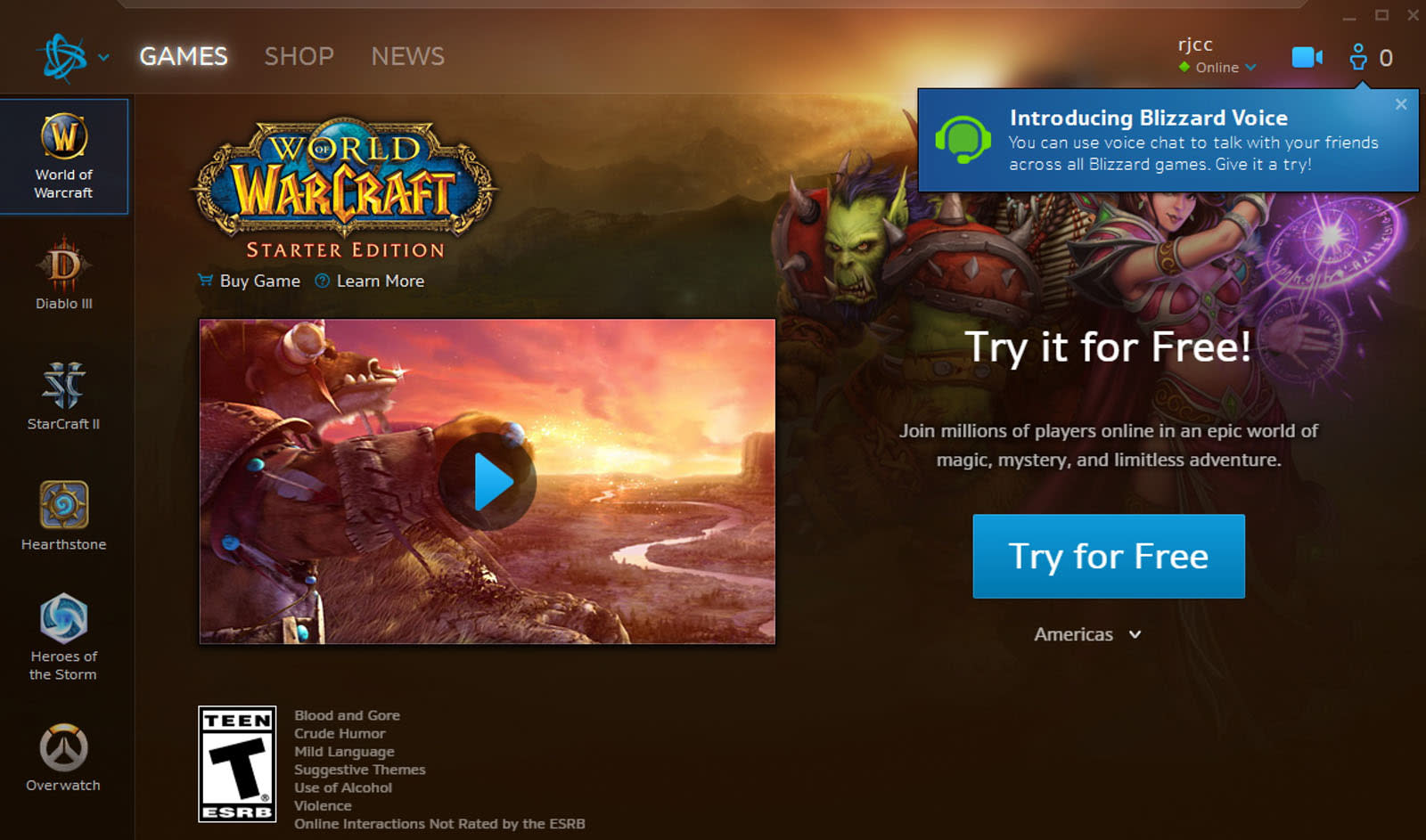 About a year ago, Blizzard revealed a chat service for all of its Battle.net multiplayer games, starting with Overwatch. Last month it killed the Battle.net name altogether, saying multiplayer support is a "normal expectation" that no longer requires its own service. Now, the World of Warcraft maker has rolled out Blizzard Voice, a chat service that works across all its multiplayer titles.

The system works much like Steam's Voice Chat, letting you talk to friends or friends of friends inside or outside of games, as long as you have the Blizzard Launcher open. The company promises "high quality voice audio and superior stability," full customization, and the ability to "individually mute and change player volume."

Blizzard Voice has arrived! Be sure to update your Blizzard Launcher before trying to give it a go 🗣 pic.twitter.com/P3T2lEMVWM

To the dismay of some, it's not an in-game chat system, however. That means you can't talk to players not in your friends list during random pick-up games, for example, unless you use a third-party app like TeamSpeak. However, some Reddit users are hopeful that, with the technology now in place, team play will be launched soon. As one user says, "it's such an obvious thing ... if people are having a problem with toxic kids, just mute them or turn voice chat off completely." To get Blizzard Voice, you just need to upgrade your Launcher.

In this article: av, Blizzard, BlizzardVoice, Chat, gaming, internet, OverWatch, StarCraft, WorldOfWarcraft
All products recommended by Engadget are selected by our editorial team, independent of our parent company. Some of our stories include affiliate links. If you buy something through one of these links, we may earn an affiliate commission.