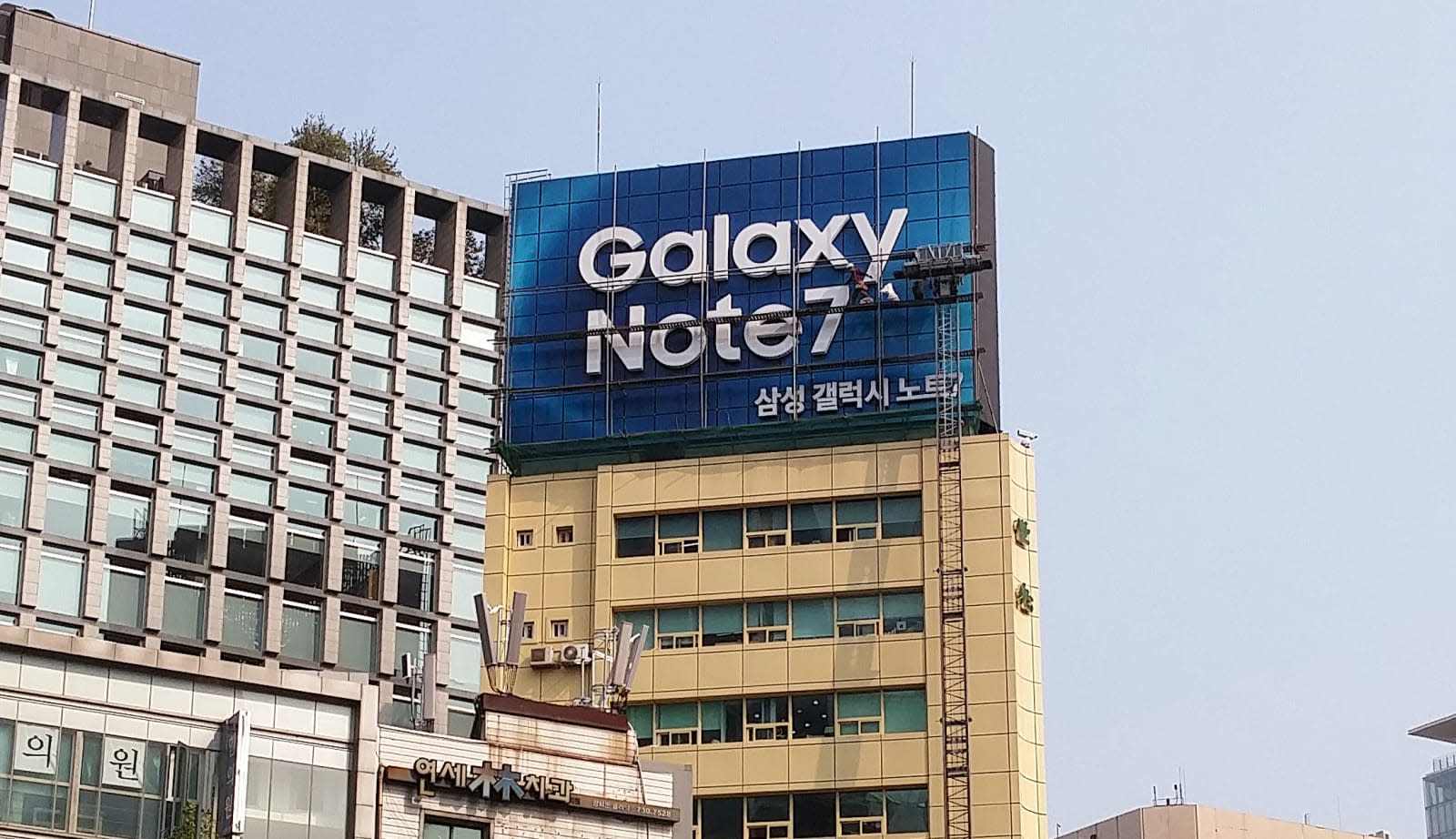 In an effort to retain Galaxy Note 7 customers in South Korea, Samsung is offering a big discount on the upcoming Galaxy S8 and Galaxy Note 8 models. The company will effectively offer 50 percent off the next-gen phone, provided that Note 7 customers upgrade to the current Galaxy S7 or Galaxy S7 Edge models. Samsung recently killed its Galaxy Note 7 smartphone because of fire and explosion problems. It initially misdiagnosed the problem as being battery-related, and issued replacement phones that were still defective.

While users in the US claim that Samsung isn't making good on property damage caused by the Note 7, the company's home base is no less pleased, either. Hundreds of users filed a class action suit over the defective device, Bloomberg reports. An attorney for the law firm handling the suit says it has gathered 500 Note 7 owners in just five days and said consumers are "very angry." On top of that, a consulting firm has advised shareholders to vote against Chairman-in-waiting Jay Y. Lee from joining the board.

So far, Samsung has lost an estimated $5 billion in sales and up to $26 billion in market value. To stop disgruntled Note 7 customers at home from switching brands, Samsung is letting them join the Galaxy Upgrade program and pick up a Galaxy S7 or S7 Edge. They'll just need to pay off half the price, either at once or by payments, and can then upgrade to the Galaxy S8 or Note 8 for free once they come out. The program will be offered until the end of November, but customers who already upgraded the Note 7 to a Galaxy S7 can apply for the new deal retroactively.

In this article: classaction, GalaxyNote7, GalaxyNote8, GalaxyS7, gear, lawsuits, mobile, samsung, SouthKorea, Upgrade
All products recommended by Engadget are selected by our editorial team, independent of our parent company. Some of our stories include affiliate links. If you buy something through one of these links, we may earn an affiliate commission.