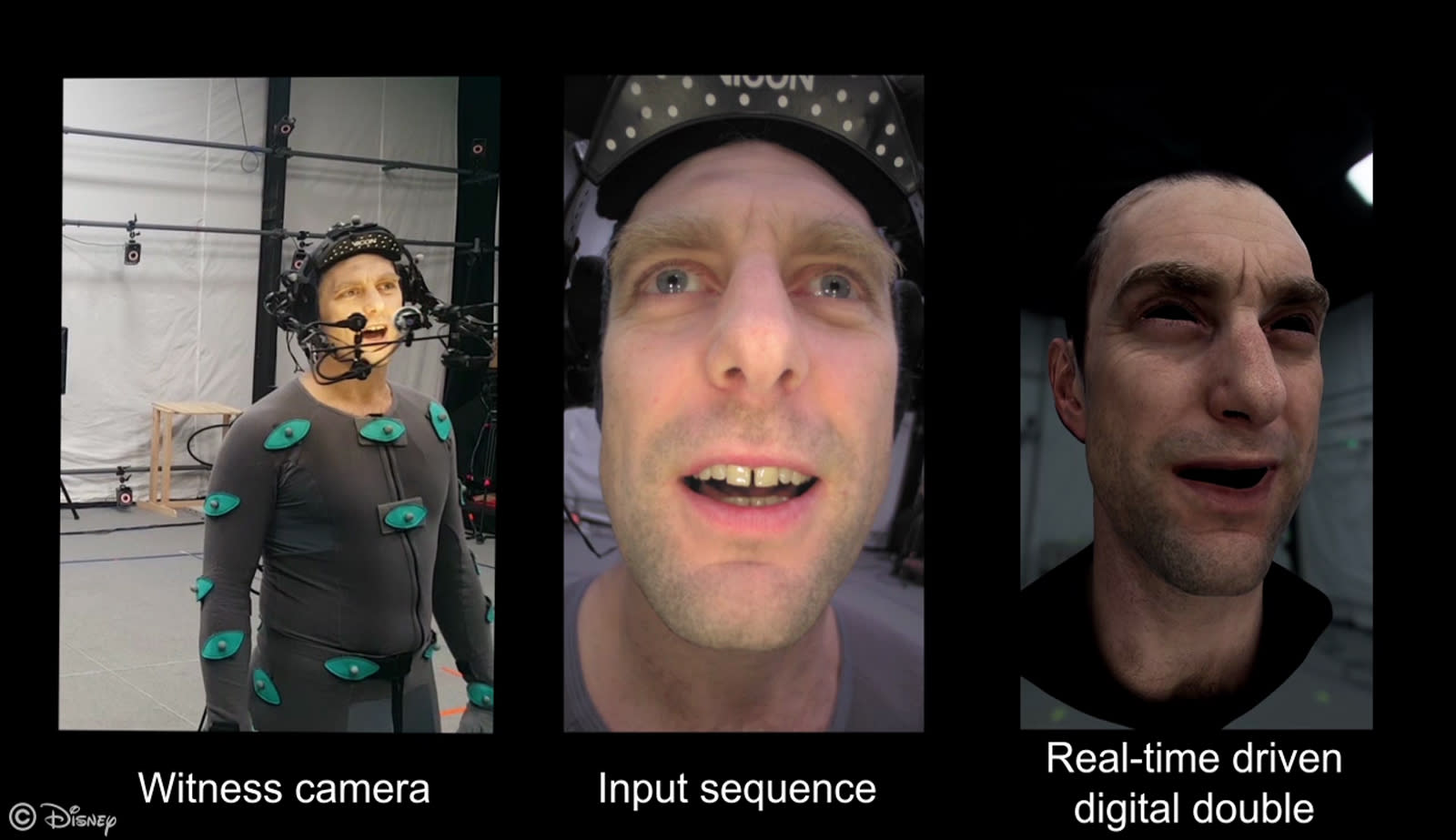 If you don't see facial motion capture everywhere in movies and video games, there's probably a good reason for it. In order to train a capture system to match expressions, you frequently have to record the actor making all kinds of faces in different conditions... that's a lot of effort, especially for studios that don't have much time or money. Disney Research has a better way. It recently developed a face capture system that uses only a tiny number of recordings and synthetically generates the data you need to train the system. The solution is a uniformly-lit multi-camera rig (only one camera is active, the rest are for lighting) that creates an adjustable 3D model of the actor's face that you can use to create the info you need.

It doesn't sound like much at first, but the gains are huge. It's a relatively simple setup, and you're collecting "tens to hundreds of times" less data without sacrificing accuracy. That could save a tremendous amount of time and let studios focus on recording scenes, rather than slogging through prep work. You could not only see more widespread use of facial motion capture, but more complicated uses of it with numerous actors. Disney will have to refine its technique, and there's no guarantee that it will offer the feature to other companies. However, it's safe to predict that at least some movies and games will have an extra dash of realism in the future.

In this article: acting, actor, av, cg, cgi, computeranimation, disney, disneyresearch, entertainment, facecapture, FaceRecognition, facialrecognition, motioncapture, science, video
All products recommended by Engadget are selected by our editorial team, independent of our parent company. Some of our stories include affiliate links. If you buy something through one of these links, we may earn an affiliate commission.