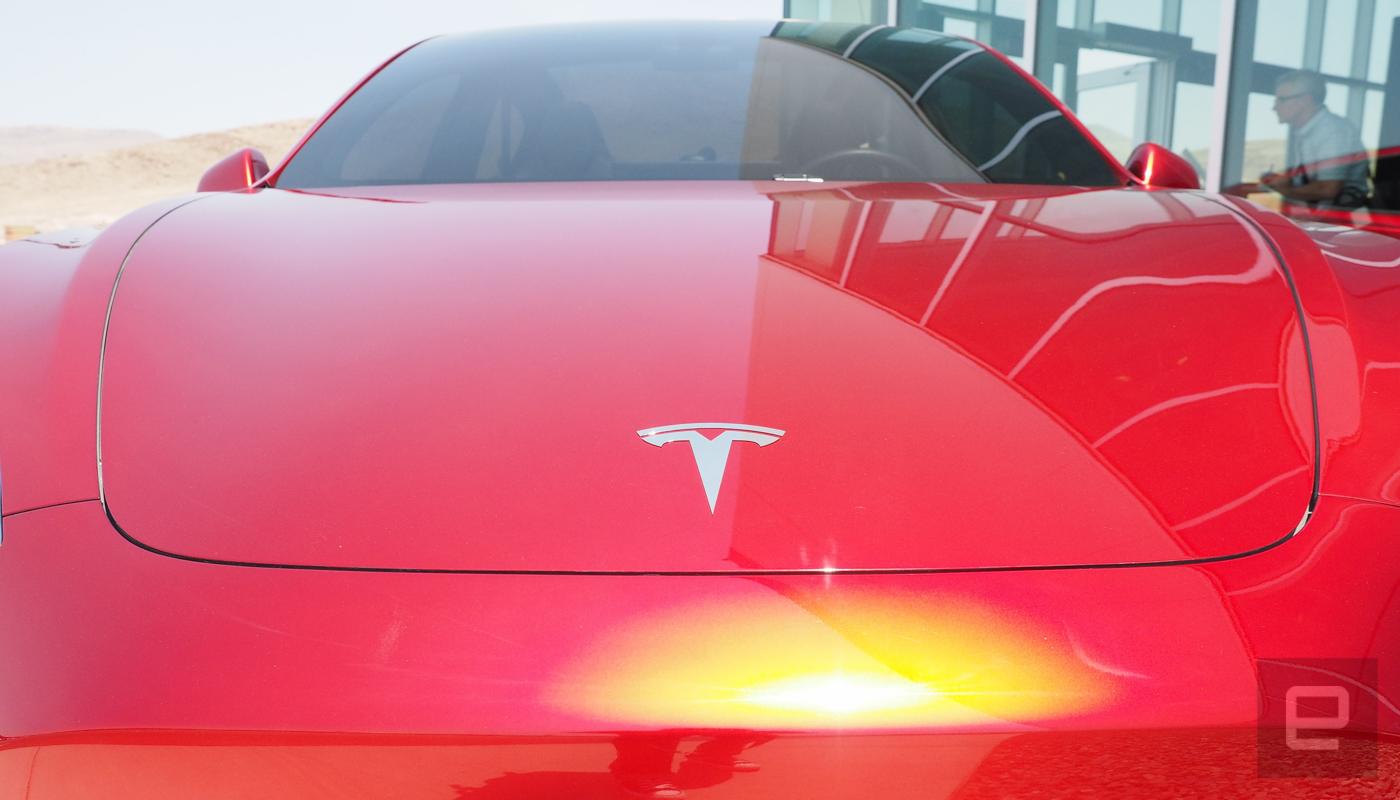 Tesla is having a good month. Last week it announced that all the cars it produces will have the hardware needed for fully autonomous driving. O Friday it's holding an event in Los Angeles where it's expected to unveil a solar panel-filled roof for those cars. Plus it turns out that the the Model S saw a 59 percent sales bump year-over-year last quarter. To top it all off, the company just posted a profit of $21.9 million for the third quarter.

Tesla also reported record production numbers, deliveries and overall revenue. In a letter to shareholders the company said that orders for the Model S and X grew 68 percent over the same period last year. It also increased production by 92 percent since last year and 37 percent since the second quarter. It expects to deliver on its goal of producing 50,000 cars in the second half of 2016.

Overall, revenue was up 145 percent from third quarter 2015 to $2.3 billion, which might make shareholders a little less nervous about the company's $2.6 billion plan to acquire SolarCity.

The automaker also said it's on track to begin deliveries of the new Model 3 in late 2017. The company's shareholder letter states: "We have completed production line layouts and will soon begin installation of new body welding and final assembly lines." Of course if you pre-order one now, you're not going to get it until 2018.

During the quarterly call when asked about the possibility of having to share its driving data with other automakers Musk said, "We'd be happy to share information that would improve safety."

Tesla also announced that its still on schedule to begin cell production at the Gigafactory later this year. So it should be up and running for Model 3 deliveries near the end of 2017.

As for the upcoming solar-roof event, Musk said, "You should see what we unveil on Friday. It's really great."

In this article: business, ElonMusk, gear, green, QuarterlyEarnings, Quarterlyresults, Tesla, TL17TESLA, transportation
All products recommended by Engadget are selected by our editorial team, independent of our parent company. Some of our stories include affiliate links. If you buy something through one of these links, we may earn an affiliate commission.