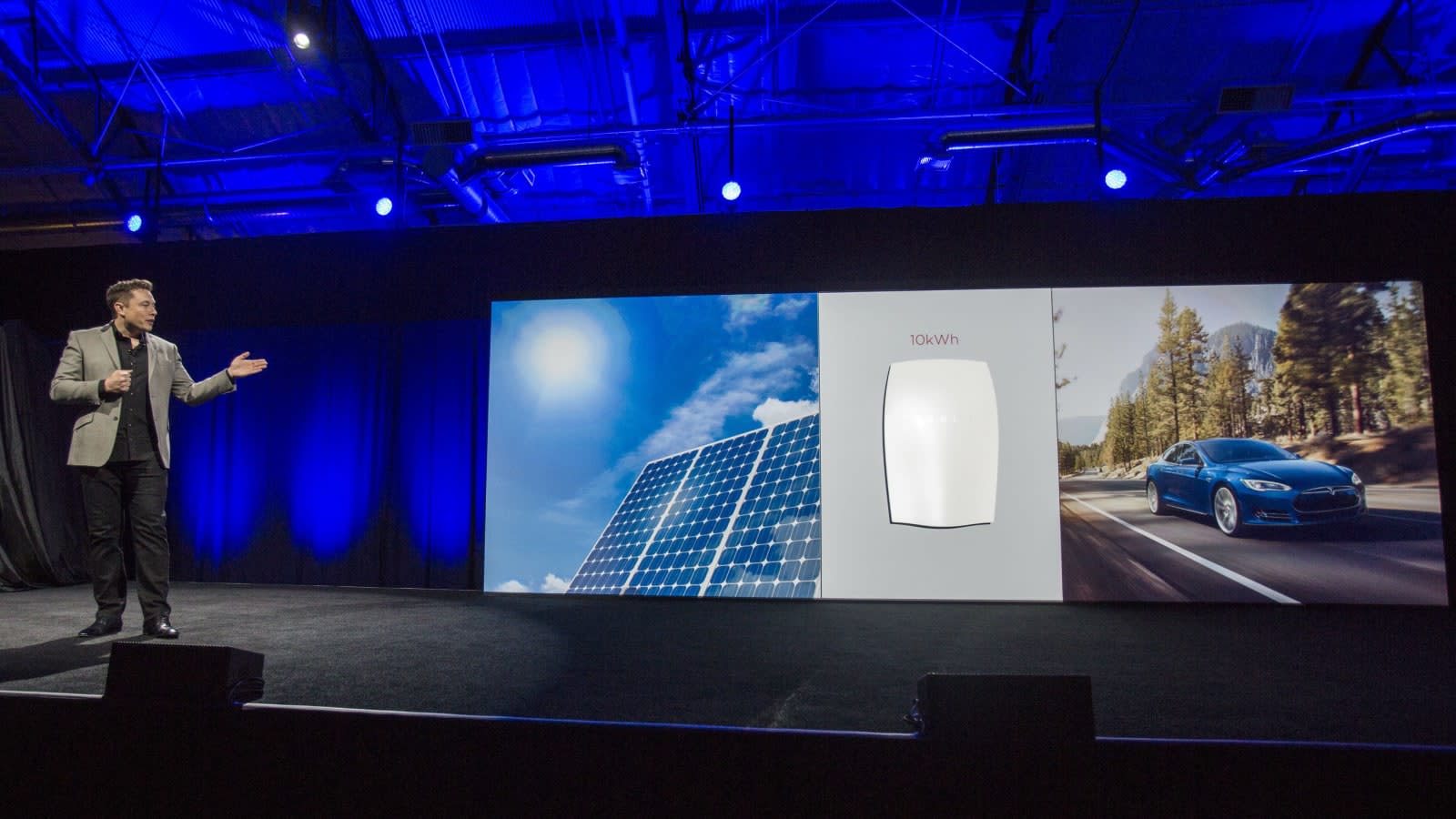 Tesla has confirmed that it will buy SolarCity for $2.6 billion, a deal that unites two Elon Musk firms as one giant green company. The merged business will sell solar panels, Powerwall batteries to store the energy and electric cars that run on it. It's the "end-to-end clean energy" solution promised by Elon Musk in his "Master Plan Part Deux" just two weeks ago. SolarCity also revealed that it will introduce an "integrated solar and storage offering," and a solar product "focused on the 5 million new roofs installed each year in the US."

Musk previously said that any merger would not impact Tesla's plans for the upcoming Model 3 EV and Gigafactory, which just officially opened. While the companies will soon be united, Tesla and SolarCity have worked closely together over the years, and the latter was founded by Musk's cousins, CEO Lyndon Rive and director Peter Rive. Musk is, of course, the chairman and largest shareholder of both firms.

SolarCity is set to release its earnings next week and said that it installed more photovoltaic panels than forecast last quarter (201 megawatts compared to 185 megawatts). However, it added that residential installations were down slightly. The acquisition is not yet final, as it includes a "go-shop" provision that will allow other potential buyers to submit offers for SolarCity until September 14th, 2016.

In this article: Acquisition, business, CleanEnergy, culture, ElonMusk, EVs, green, Merger, SolarCity, SolarPower, Tesla
All products recommended by Engadget are selected by our editorial team, independent of our parent company. Some of our stories include affiliate links. If you buy something through one of these links, we may earn an affiliate commission.