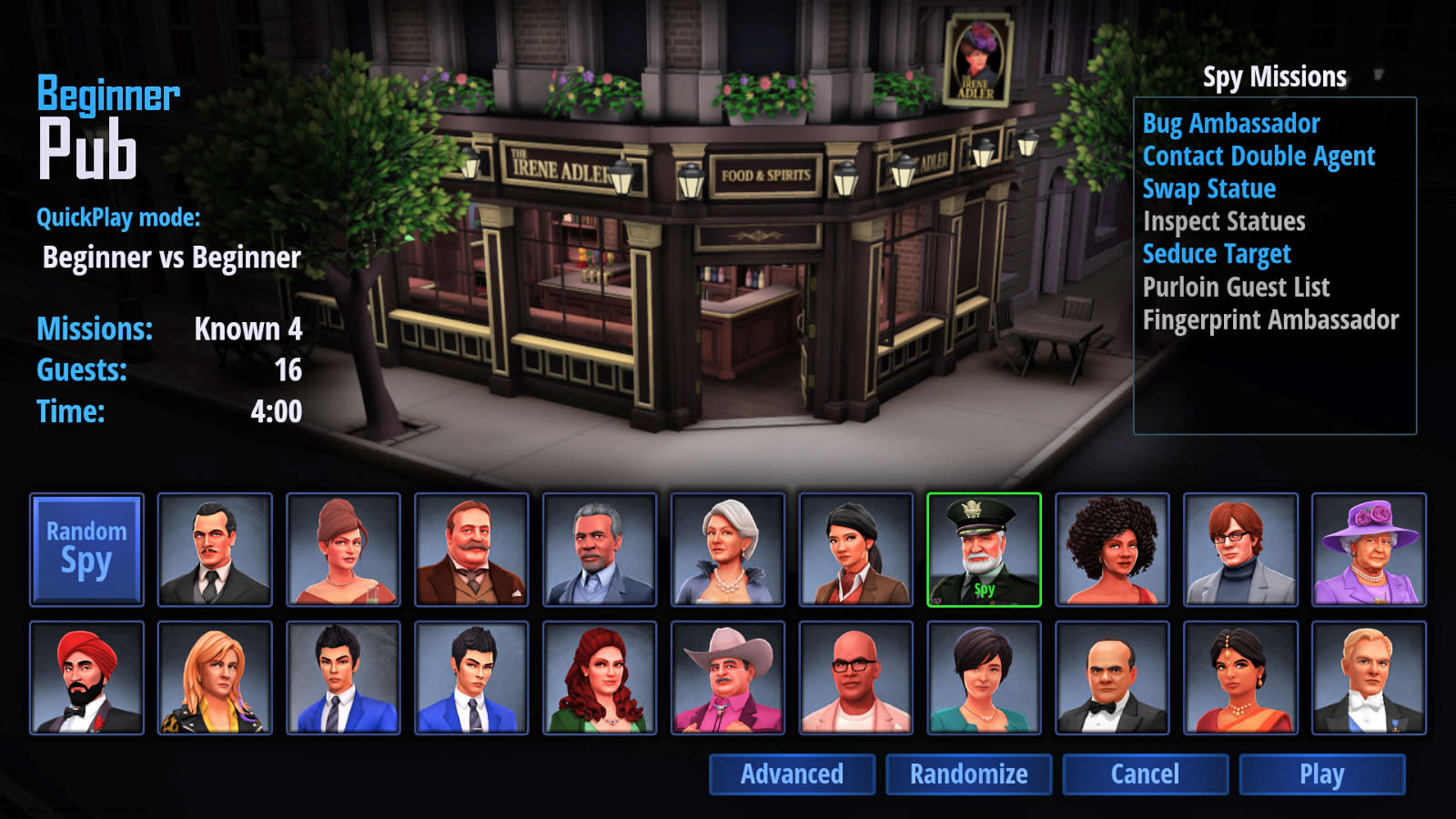 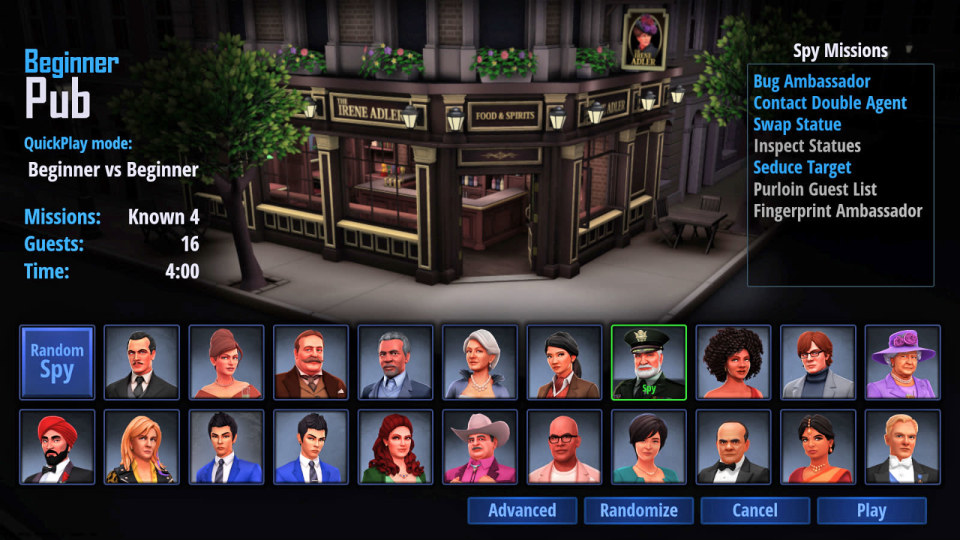 Yes, after nearly 10 years, SpyParty is still in development. It's an underground kind of independent, competitive game where one player is a spy attempting to complete discreet tasks at a fancy party, and another player is positioned outside, observing the scene through the scope of a sniper rifle. The spy attempts to blend in with a room full of AI-powered partygoers while the sniper tries to figure out which one is actually human (and then shoot that character, of course).

And soon, it will all be much, much prettier. Creator Chris Hecker, artist John Cimino and newly hired environment artist Reika Yoshino today revealed five new characters, a professional-looking UI and an updated version of SpyParty's largest map, Veranda. The update isn't live yet, but it's coming in hot and should be available in the game's paid beta late tonight. These are big changes. For years, SpyParty was packed with blocky placeholder art as Hecker fine-tuned the actual gameplay. In 2012, he started rolling out the updated visuals. Even in an unfinished, seemingly never-ending beta, the game has attracted plenty of players and it boasts a small, yet fervent, fanbase that includes everyone from casual players to competitive fighting game fans.

Today's update affects the UI most of all. Aside from a massive visual upgrade, the new UI enables players to fully customize their matches, jump into a quick game and share unique "QuickPlay" settings. "Things like game timer duration, number of guests, prohibited and required missions, etc," he says. "I'm expecting a lot of wacky totally unbalanced game modes to be tried by the elite players, and probably some interesting new balanced ones will be found as well."

The five new characters are Mr. Q (a Lex Luthor-looking fellow), Ms. R (a businesswoman with short brown hair), Mr. S (a dwarf modeled after Silvio Berlusconi), Ms. T (who wears an orange Sari) and Mr. U (a fancy blonde lad). Mr. Q and Ms. T are updates to the fan-favorite characters "Orange Dress" and Danger P. Johnson. These additions bring SpyParty's character count to 21 and they were initially intended to be the final batch. However, there may be five more coming down the line.

"One thing is that we're up to the letter U in the temporary code names, and doing five more would take us to Z," Hecker says. "A compelling argument, you must admit."

Finally, the game's largest map, Veranda, is now a Southern Colonial Mansion. Previously, it was a simple 3D balcony floating in the midst of the ether.

"This is the start of a long road to a full professional game," Hecker says (yes, after many, many years of development on SpyParty).

In this article: av, ChrisHecker, espionage, esports, exclusive, gaming, Indie, personal computing, personalcomputing, spy, spyparty
All products recommended by Engadget are selected by our editorial team, independent of our parent company. Some of our stories include affiliate links. If you buy something through one of these links, we may earn an affiliate commission.