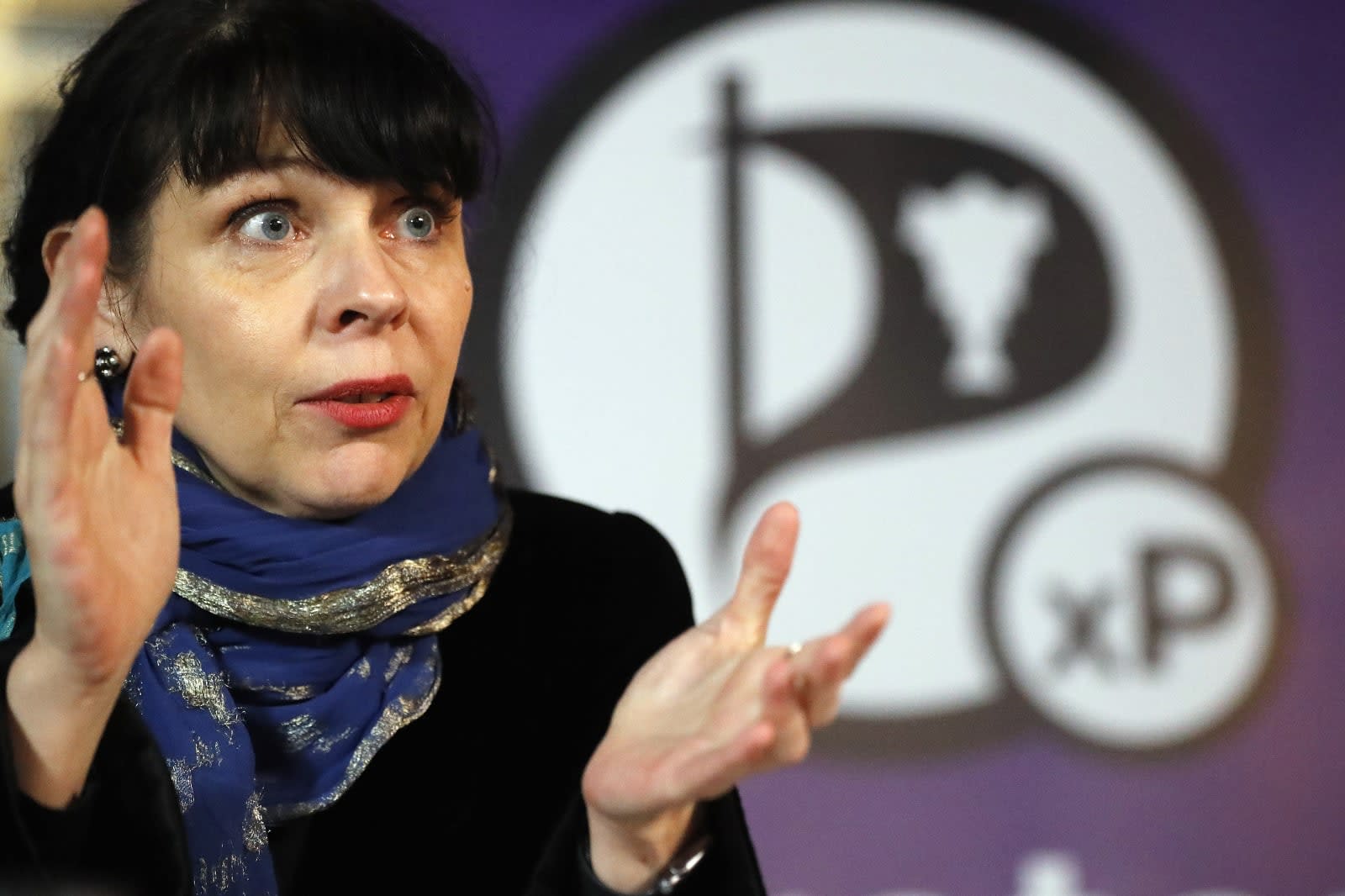 As of now, the Pirate Party is more than just a symbolic vote for internet freedom, copyright reform or straight-up democratic change -- in Iceland, it could have a tangible effect. The party just won 14.5 percent of the total vote and 10 seats in Iceland's parliamentary election, giving a national Pirate Party its first real chance at forming a government (if only as part of a coalition). While the conservative Independence Party came out ahead with 21 seats, it's unlikely to have any choice but to partner with one or more left-wing parties. Outrage over corruption forced the once-leading Progressive Party down to just eight seats, and there's no guarantee that Independence will want to side with the Left-Green Movement (which also garnered 10 seats) or other parties.

To be fair, the Pirate Party didn't make giant strides forward solely (or even primarily) because of its technology policy. It's more likely that its values of free speech, privacy and government transparency appealed directly to citizens frustrated with shady politics. Also, this wouldn't be nearly as feasible in many other countries. Iceland's small population (less than 400,000 people) and approach to democracy increased the Pirates' chances of scooping up enough votes to have meaningful power.

No matter how the results came to be, they could easily amount a litmus test for the Pirate Party. If it joins a ruling coalition, it gets to show whether or not its tech-savvy ideology can make a difference on a national scale. And even if it's left out, it's large enough in Iceland that it could ally with sympathetic parties on key votes. No, the election probably won't have a tremendous effect on other countries, but it could give other Pirate Parties some added credibility.

In this article: culture, election, government, iceland, internet, piracy, pirateparty, politics
All products recommended by Engadget are selected by our editorial team, independent of our parent company. Some of our stories include affiliate links. If you buy something through one of these links, we may earn an affiliate commission.