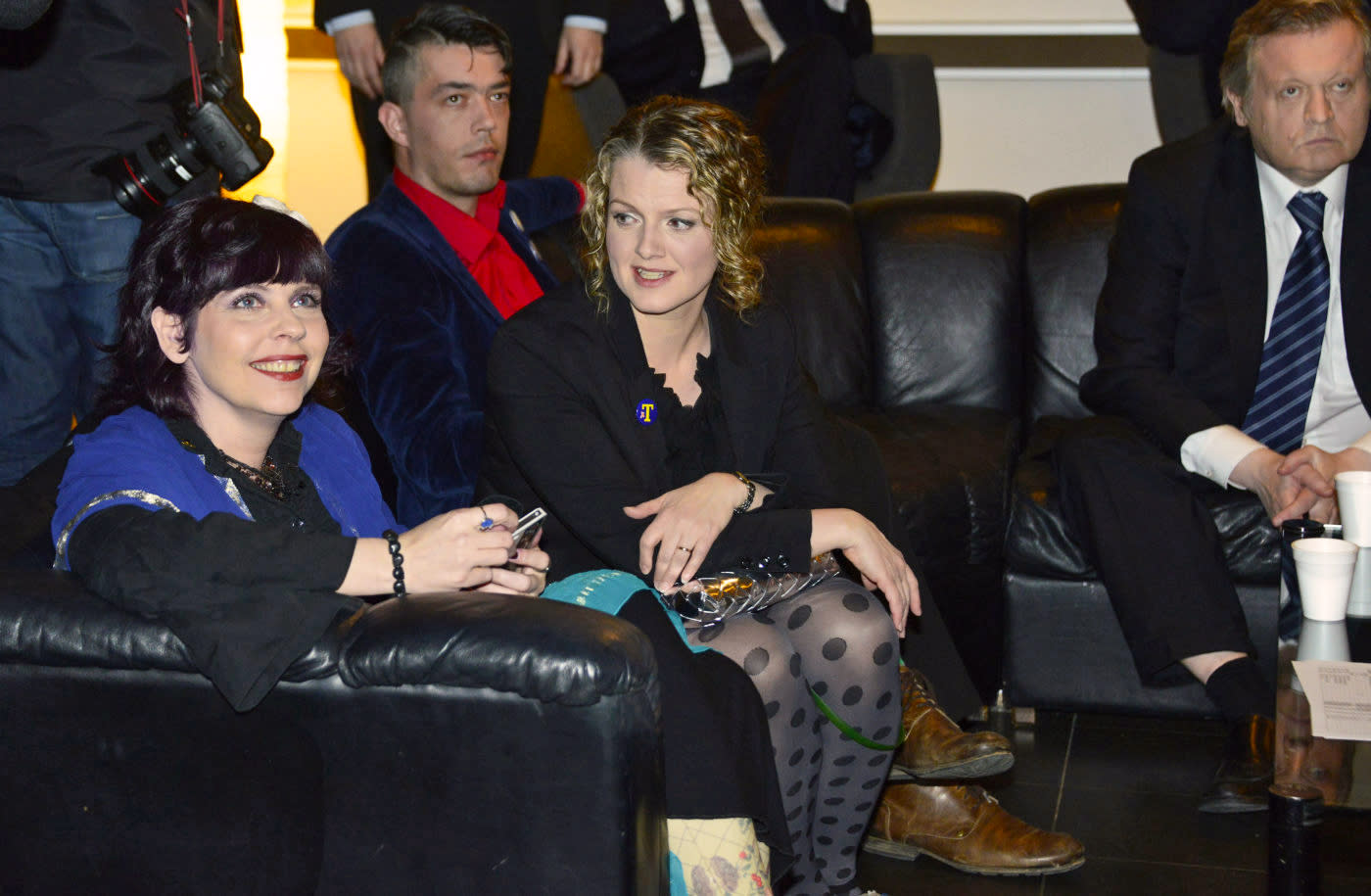 Following the pseudo-resignation of its Prime Minister, whom the leaked Panama Papers tied to an offshore holding company, Iceland's ruling coalition remains in turmoil. Despite appointing a new PM on Thursday, the government is facing calls for early elections. And, to make matters worse, the opposition Pirate Party is surging at the polls with more than half of Icelanders reportedly willing to vote for them over the current coalition.

Icelandic citizens have held massive protest rallies everyday since the Panama Papers were published. They're demanding the resignations of both the current government's finance and interior ministers, both of whom were named in the Papers.

This political shitshow has, however, proven a boon for the country's fledgling Pirate Party. The group grew out of the Pirate Bay movement and has since become a major player in Icelandic politics. "This is all interconnected," Pirate Bay rep Ásta Helgadóttir told The Intercept. "Internet freedom is about how to practice fundamental human rights in the 21st century, and democracy is one of those rights."

In a related post on the Pirate Party's official website, Helgadóttir and two other party reps further expounded on their position:

The confidence of the Icelandic people we believe rests in us, not only because we are a party that has not been a part of government, but also we think it is because people sense that we stand for enacting changes that have to do with reforming the systems, rather than changing minor things that might easily be changed back. Our policies therefore stand in stark contrast to what appears to be the pattern of modern politics; minor changes but always the same dysfunctional system. We do not define ourselves as left or right but rather as a party that focuses on the systems. In other words, we consider ourselves hackers – so to speak – of our current outdated systems of government.

Though the current government is resisting calls for early elections, the Pirate Party and its opposition coalition introduced a motion of no confidence which will be debated on as early as Friday.

In this article: culture, iceland, Icelanders, Internet censorship, panama-papers, Pirate Party, pirateparty, politics, The Pirate Bay
All products recommended by Engadget are selected by our editorial team, independent of our parent company. Some of our stories include affiliate links. If you buy something through one of these links, we may earn an affiliate commission.