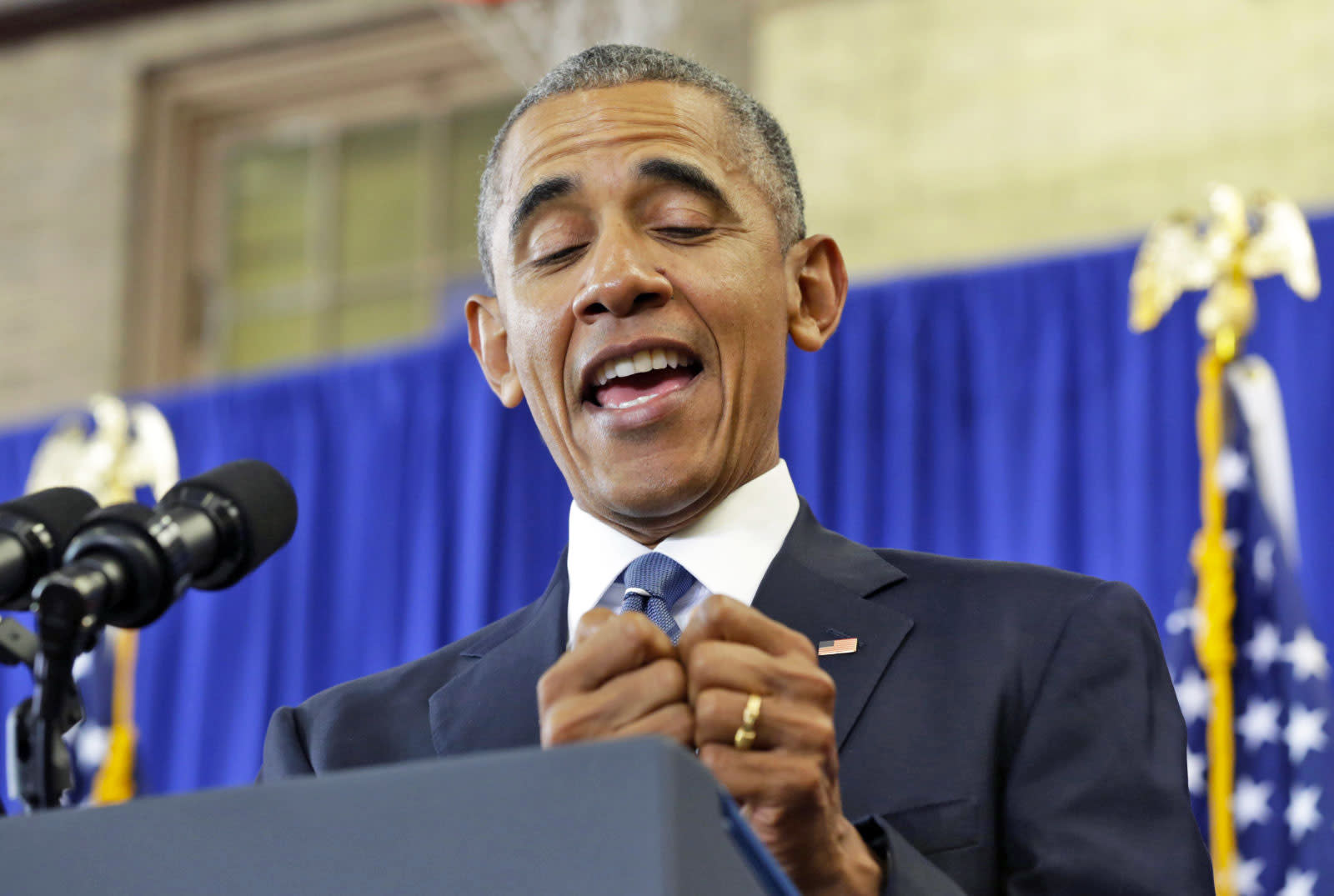 For the nation's first social media president, the peaceful transfer of power includes a little more than turning over the nuclear launch codes to the next Commander in Chief -- it also includes handing over access to the official @POTUS Twitter account. According to the White House, on January 20th, 2017, that handle and all of its 11 million followers will go to the nation's 45th president, while all of President Obama's tweets will be moved over to his new, official Former President account at @POTUS44.

So, @POTUS will start with a clean timeline on our next president's first day in office, but we can still relive all the fun memories and Obama's summer jams over at @POTUS44. Same goes for Michelle Obama's @FLOTUS account, which will move to @FLOTUS44 along with other White House staff accounts to be archived by the NARA. (Although, if Clinton wins, someone in Washington is going to have to ask nicely for the @FGOTUS account, which appears to be claimed by a current Hillary supporter.)

The new president will take over Obama's followers on the official White House Facebook and Instagram accounts as well, but will also start with a clean timeline on their first day in office. All of the content from the Obama administration will go to Facebook.com/ObamaWhiteHouse and Instagram.com/ObamaWhiteHouse respectively, and Obama's WhiteHouse.gov material will move to ObamaWhiteHouse.gov, similar to how the government handled the Clinton and Bush websites in the past. The NARA will take the same approach with President Obama's YouTube interviews, Snapchats, Medium posts and other social media content too -- anything with a "WhiteHouse" username will go to the new president, while Obama's material will be archived under a new username on the same platform and placed in the national archives.

As for the We the People petition site, the White House says the page has been open-sourced and they'll archive the Obama administration's petitions and responses before handing over the site to the next administration, although it will be up to #45 to decide whether to use it or not. Finally, the NARA is also providing all of the data, tweets, photos and other content to the American public and inviting everyone "to come up with creative ways to archive this content and make it both useful and available for years to come" in the form of art projects, Twitter bots and more.

In this article: barackobama, culture, internet, politics, presidentobama, socialmedia, whitehouse
All products recommended by Engadget are selected by our editorial team, independent of our parent company. Some of our stories include affiliate links. If you buy something through one of these links, we may earn an affiliate commission.