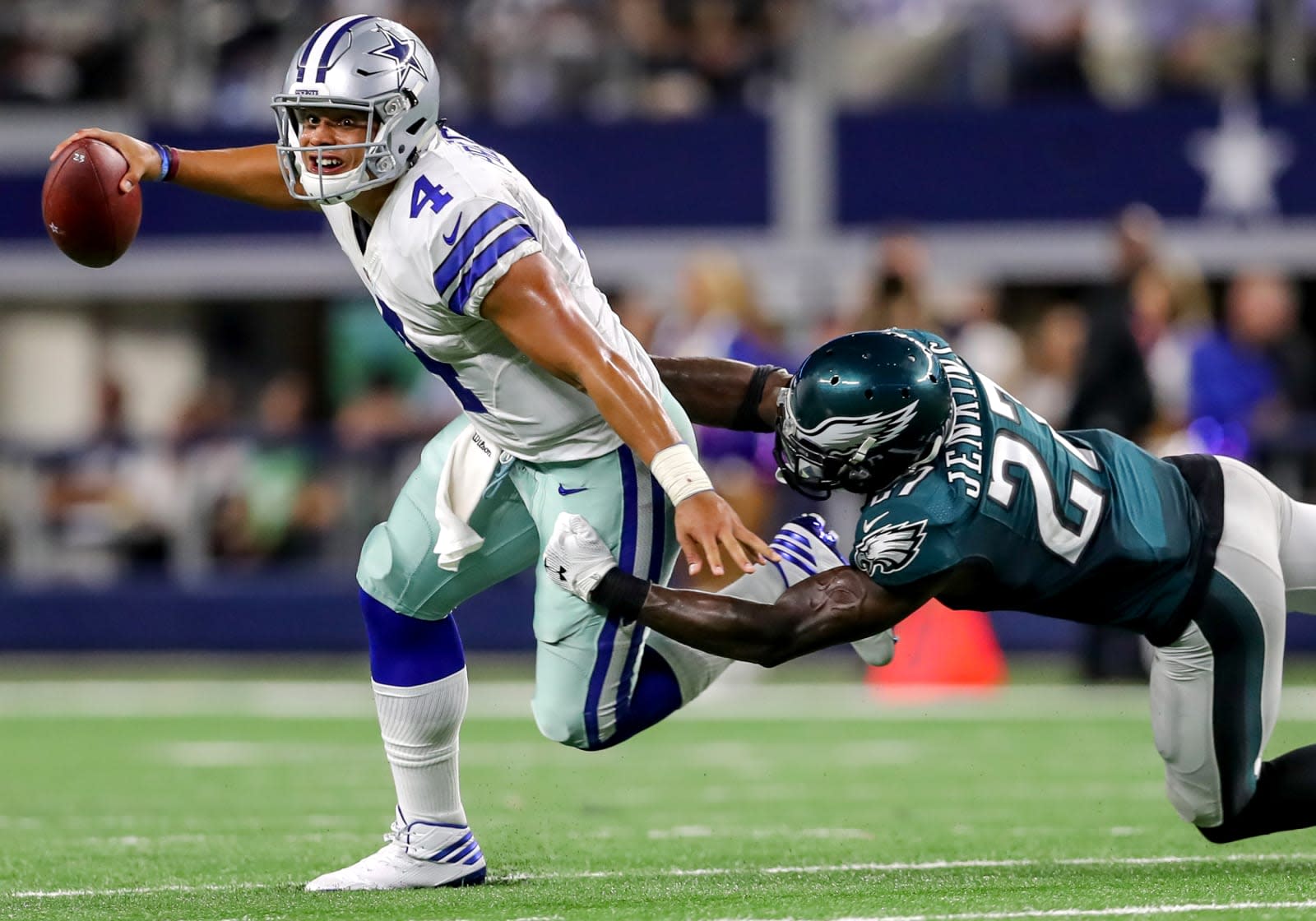 Virtual reality is all the rage these days and the NFL is hopping on the bandwagon. The league announced today that it's expanding its partnership with Google via a new VR series for YouTube and Daydream. Produced by NFL Films, the 9-part show will offer a look "a 360-degree perspective of life" from the point of view of players, coaches, executives, cheerleaders and fans. While the first episode is set to debut Thanksgiving Day on the league's YouTube channel, the series won't be available inside the NFL VR app for Google's Daydream platform until "later this year."

This new series is the league's first dive into producing its own VR content and the NFL says it's also the first episodic sports content for the medium. While the announcement doesn't specify a title for the project, the league says the decision to pursue a full series came after it "experimented" with the tech last season. The series is still in production and NFL Films is using Google's GoPro-driven Jump virtual reality camera to capture the footage.

When it arrives in a few weeks, the first episode will chronicle the Philadelphia Eagles as they prep for an upcoming game with views from the sideline on game day. In the episodes that follow, the NFL says the show will focus on unique aspects of other teams, like the football culture in Green Bay.

The league has been in cahoots with Google since early 2015 when the two partnered to bring highlights, previews and recaps to YouTube. The pair expanded the deal back in May to include classic games for all 32 teams. NFL Films has also worked with Amazon on the All or Nothing series that debuted in July.

In this article: av, daydream, entertainment, football, google, nfl, sports, virtualreality, vr
All products recommended by Engadget are selected by our editorial team, independent of our parent company. Some of our stories include affiliate links. If you buy something through one of these links, we may earn an affiliate commission.