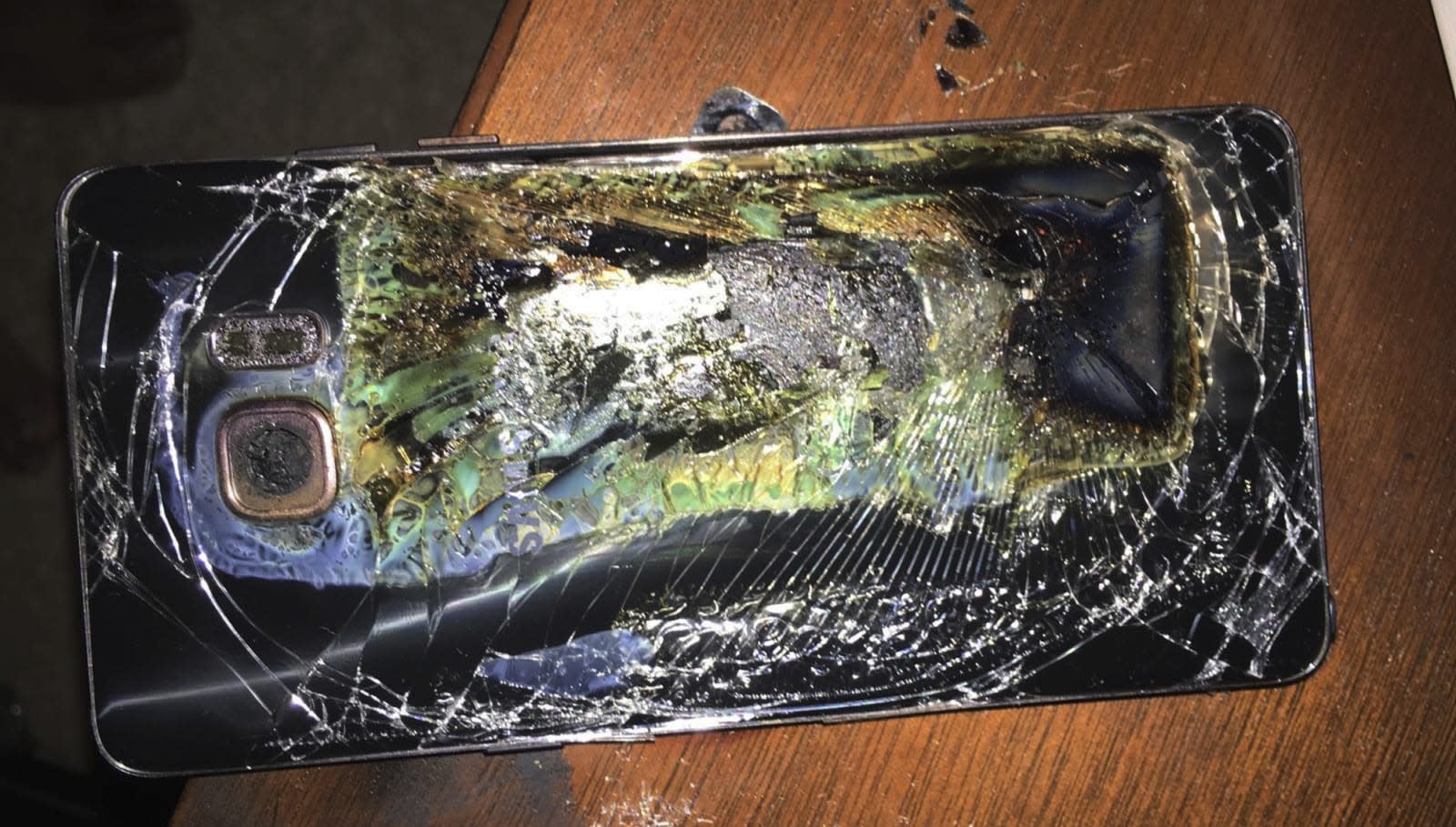 While Samsung continues its quest to retrieve every Galaxy Note 7, a software update that reduces how much the phone's battery can be charged is finally rolling out in the US. Even though it's still apparently unclear exactly what caused so many of the phones to overheat, smoke and/or start fires, the idea is that this will increase participation in the recall. Another "feature" of the update is a system of pop-up notifications about the recall anytime an owner reboots, charges or turns on the screen of the device

The update itself first appeared in Korea back in September, while in the US T-Mobile is the first carrier we've seen listing its availability. Samsung says that so far, "nearly 85 percent of all recalled Galaxy Note7 devices have been replaced through the U.S. Note7 Refund and Exchange Program." Most owners have apparently opted for a replacement Samsung device, which, thanks to a few other software tweaks, may work a little more like the phone they're leaving behind.

Anyone who still has a Galaxy Note 7 is asked to return it by contacting Samsung or their carrier for a replacement device.

In this article: battery, charging, explosion, GalaxyNote7, gear, mobile, notification, recall, replacement, samsung, update
All products recommended by Engadget are selected by our editorial team, independent of our parent company. Some of our stories include affiliate links. If you buy something through one of these links, we may earn an affiliate commission.