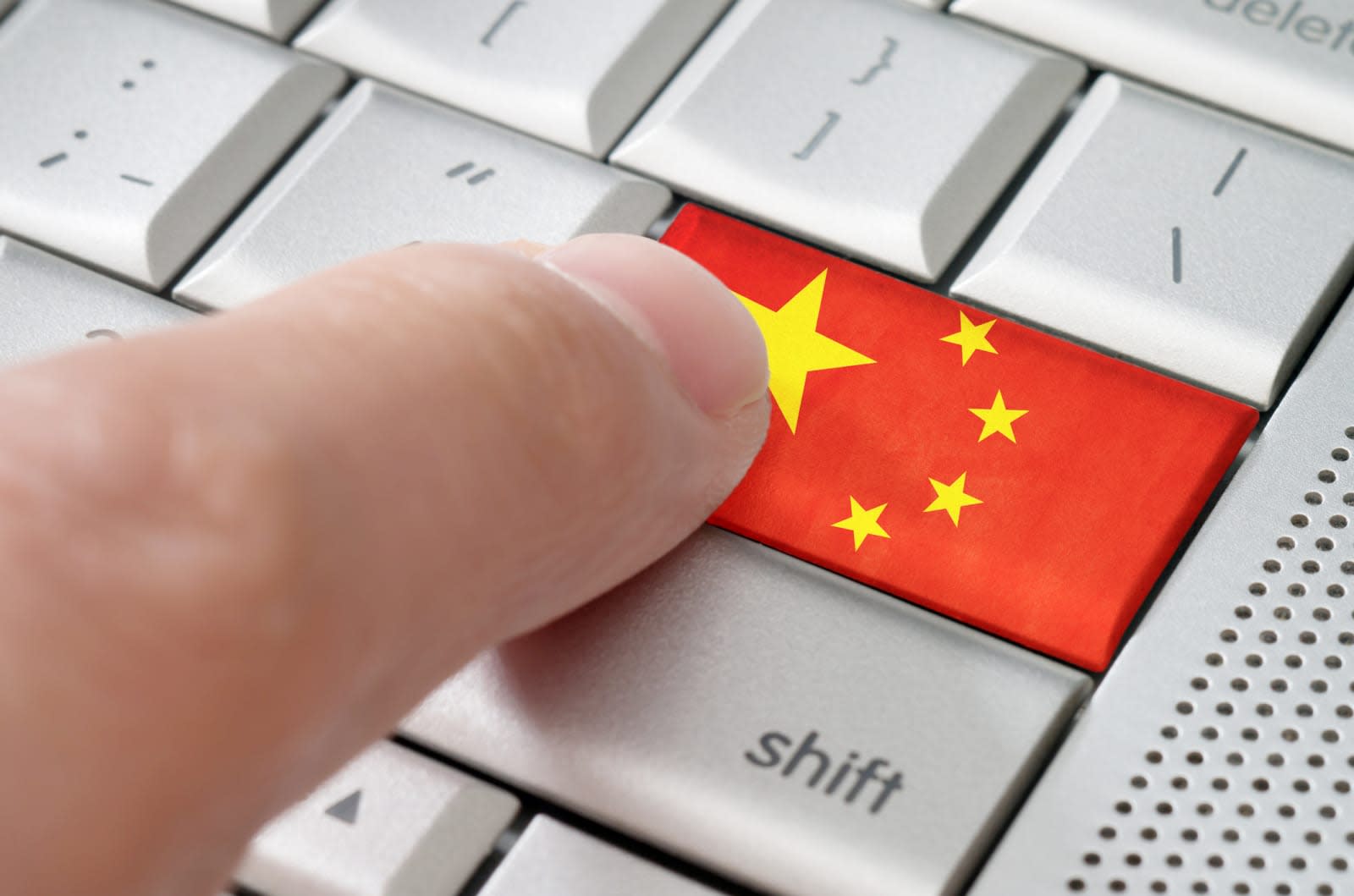 Privacy fans will be delighted to hear that China has passed new cybersecurity regulations that mandate the use of real names. In addition, companies who operate in the country will be forced to store their data locally, making it fair game for surveillance. Finally, businesses will be pressured into censoring content that is "prohibited," like posts promoting democracy. If that wasn't bad enough, China also requires the right to shut down products and services -- at will -- to respond to security incidents.

Human Rights Watch has delved into the details, and found that Chinese internet users are now legally banned from "overthrowing the socialist system." In addition, "spreading false information to disturb economic order," and "damage national unity" are all listed crimes worthy of punishment. Lest we forget, China routinely imprisons journalists for the crime of truthfully reporting on the nation's slowing economy. Oh, and the nation's got no tolerance for pornography, gambling or slash fiction, which it polices with zealous fervor.

TechCrunch reports that this law isn't just bad for consumers, it's also pretty awful for tech businesses that operate in the country. For instance, all companies must provide technical support to the government, which is a likely euphemism for providing backdoors. Oh, and President Xi would like to remind all of you that other nations should respect his cyber sovereignty, because his totalitarian regime is totally chill, guys.

In this article: Censorship, China, culture, Democracy, Dictatorship, HumanRights, internet, Law, politics, TL18CHXX, Xi
All products recommended by Engadget are selected by our editorial team, independent of our parent company. Some of our stories include affiliate links. If you buy something through one of these links, we may earn an affiliate commission.