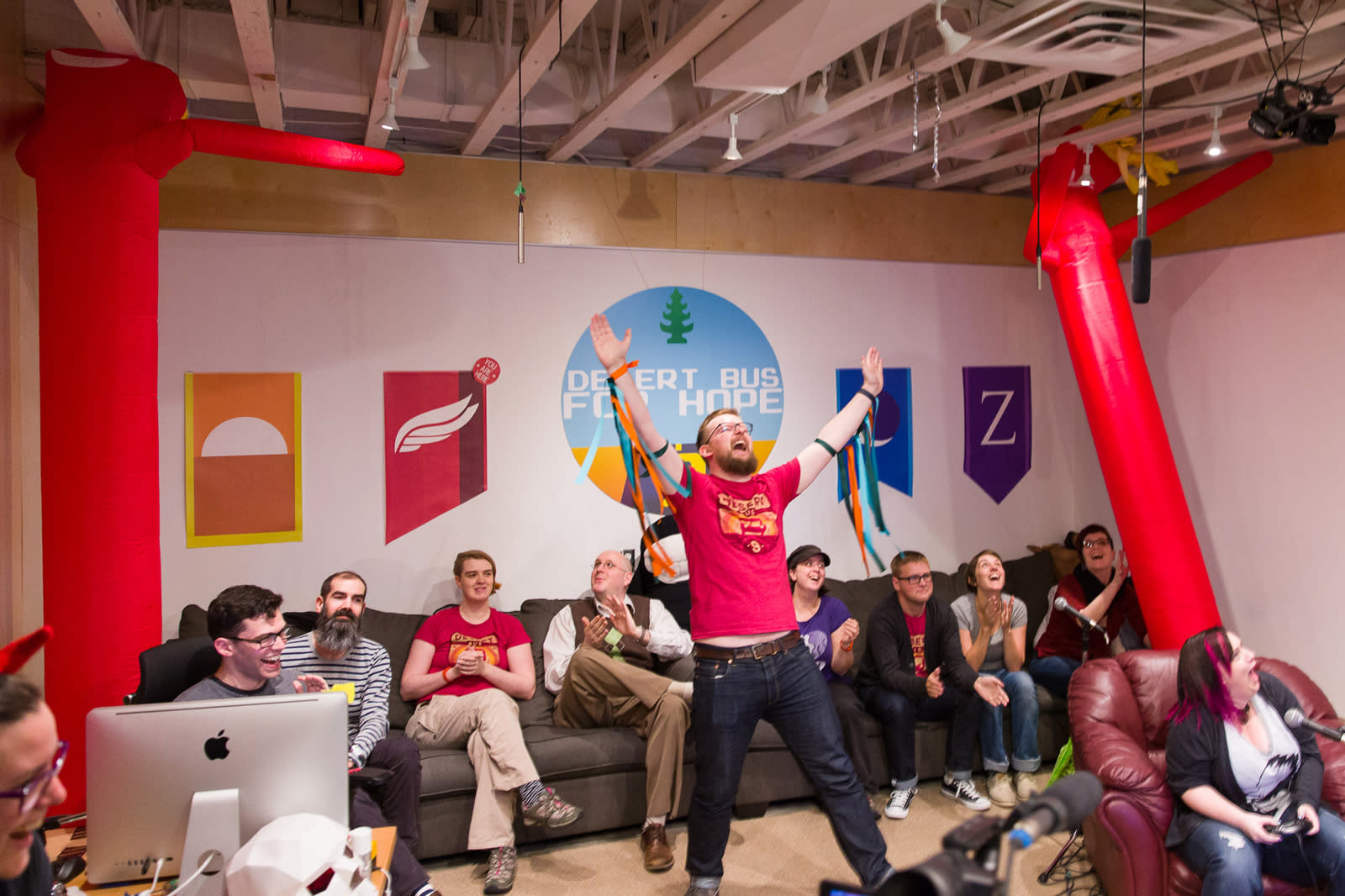 It's a big moment for video game charities: Desert Bus for Hope has launched its 10th annual campaign. As is their custom, the volunteer team will play the Desert Bus mini game from Penn & Teller's Smoke and Mirrors for as long as they can in the name of the Child's Play hospital charity. This year, they're aiming for at least 111 hours -- the more money you donate, the longer they drive on that incredibly boring virtual road between Tucson and Las Vegas. And this year, there are quite a few reasons to check in beyond the usual on-camera antics.

To start, there are numerous guests, including musicians like the Doubleclicks, Molly Lewis, Paul & Storm and Seth Boyer. Actress Ashly Burch, Penny Arcade's Jerry Holkins and others will also make appearances. And of course, there's the obligatory mix of auctions and giveaways, including the all-important 10th anniversary Jenga set.

The charity isn't the biggest (Extra Life raises millions each year), but its unique non-stop, single-game hook has its allure. The charity managed to raise almost $684,000 in 2015, and each year has represented a big jump in donations. In short: the odds are good that kids in hospitals will have something to celebrate when Desert Bus 10 finally wraps up.

In this article: av, charity, childsplay, culture, desertbus, desertbusforhope, games, gaming, internet, livestream, livestreaming, video, videogames
All products recommended by Engadget are selected by our editorial team, independent of our parent company. Some of our stories include affiliate links. If you buy something through one of these links, we may earn an affiliate commission.