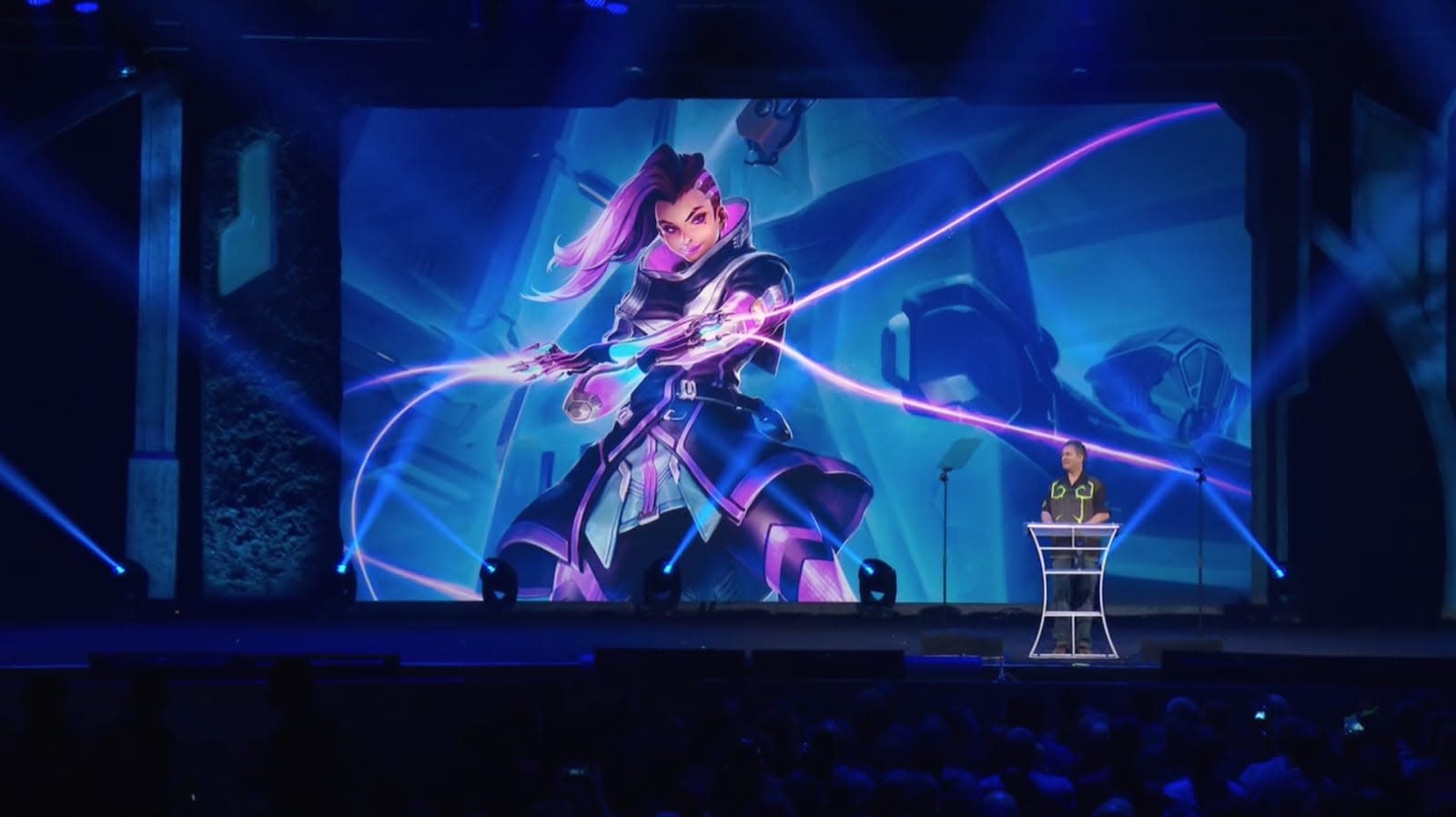 Blizzard has been teasing the second post-launch Overwatch character, Sombra, for months -- cryptic clues and leaks have been floating around since the first extra character showed up. At last, though, she's here. After about a week of public testing, Blizzard has released a finished update that brings Sombra's stealthy hacking to PC, PS4 and Xbox One players. To recap, she's an "infiltrator" who can temporarily become invisible, teleport to a beacon, disable enemy shields with EMP blasts and hack both health kits as well as Torbjörn's turrets. She's who you send in to undermine a stubborn defense before your main assault.

The patch isn't just about Sombra, as fans will be quick to tell you. Overwatch now has an Arcade that rotates maps, modes and rules that wouldn't be at home in the more conventional Quick Play or competitive modes, such as a ban on switching heroes. There's also a new Arena map, Ecopoint, that ties into Mei's backstory. All told, there's a lot more to do even if you ran dry months ago. Sombra will force at least some teams to rethink their strategies, and the Arcade should shake things up when the familiar six-versus-six mechanic feels stale.

In this article: activision, activision-blizzard, av, blizzard, first-personshooter, firstpersonshooter, gaming, overwatch, personal computing, personalcomputing, ps4, sombra, update, windows, xboxone
All products recommended by Engadget are selected by our editorial team, independent of our parent company. Some of our stories include affiliate links. If you buy something through one of these links, we may earn an affiliate commission.