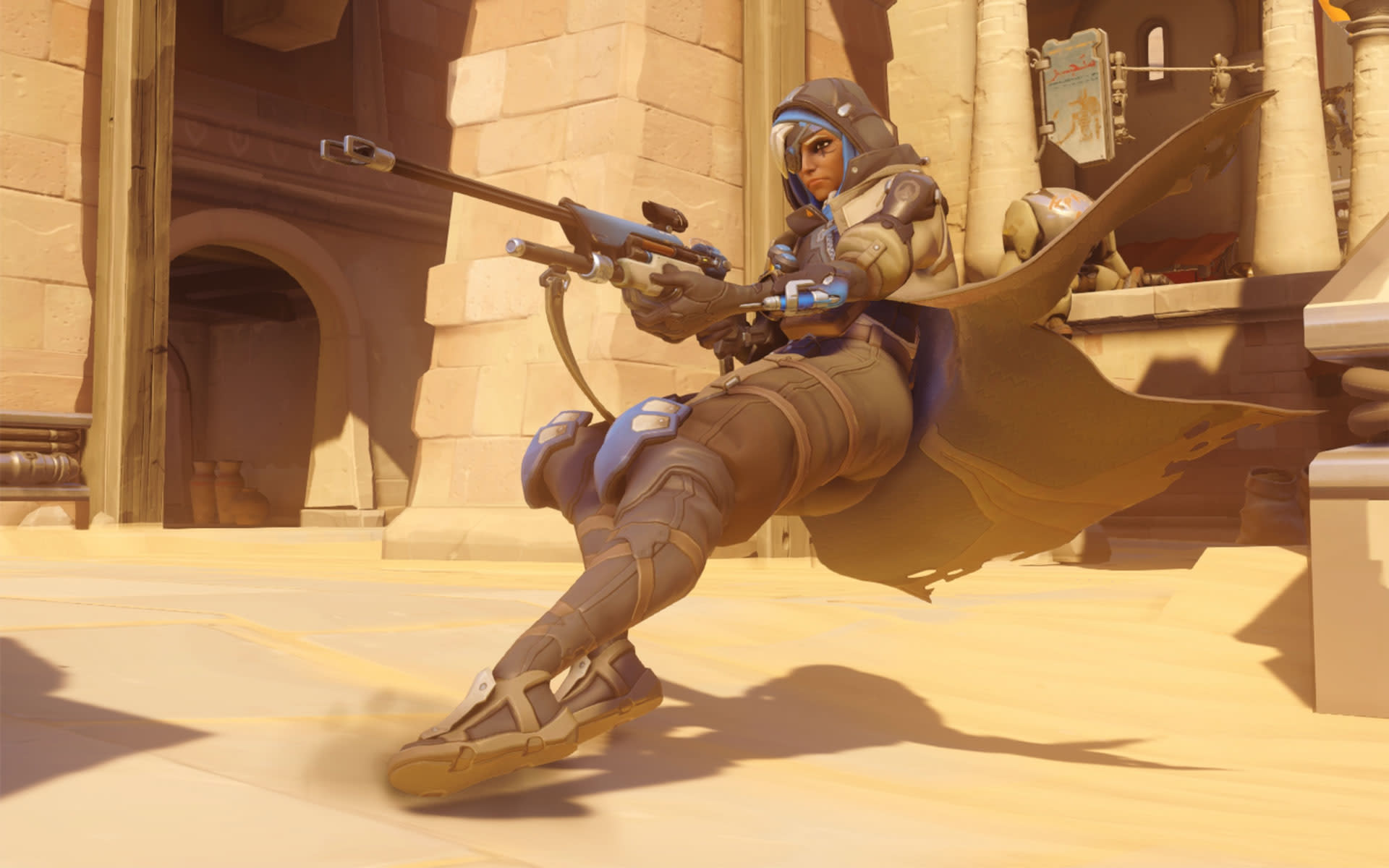 Online shooter Overwatch is dominating the conversation surrounding video games lately, but not for the reasons developer/publisher Blizzard probably wants. First with the good news: healing sniper Ana is finally available for PC players. And, well, that's where the favorable bits end. Ana's appearance has caused some problems both on PlayStation 4 and PC.

On Sony's latest console, following the update that added the maternal support character into the fracas, players have seen a number of issues crop up. Experience levels, rankings, cosmetic skins and in-game currency bought with real money have disappeared, according to IGN's sources. From the looks of it, this is a separate problem from the similar one that reared its head last week. A Blizzard customer support agent told IGN that it's a platform-specific bug and that the development team was working with Sony to resolve it.

On the PC side of things, Ana caused a different kind of trouble. The patch that brought her out of the game's beta servers was pushed live during the ESL Atlantic Showdown tournament, which caused the action to be delayed by about a half an hour according to Mashable. The patch apparently altered how a few of the competing teams played, with D.Va and Zenyatta getting some love from a few teams thanks to post-patch changes.

The patch caused issues for viewers as well, with the commentators being unable to join the server. Asa result, anyone watching the stream wasn't able to catch the final moments. More than that, the subsequent game was delayed because one of the teams couldn't keep a steady server connection either. Hopefully Blizzard takes a look at what tournaments are active next time it pushes a patch.
In this article: ana, battlenet, blizzard, competitivegaming, esports, gaming, internet, overwatch, pc, pcgaming, playstation, playstation4, ps4
All products recommended by Engadget are selected by our editorial team, independent of our parent company. Some of our stories include affiliate links. If you buy something through one of these links, we may earn an affiliate commission.