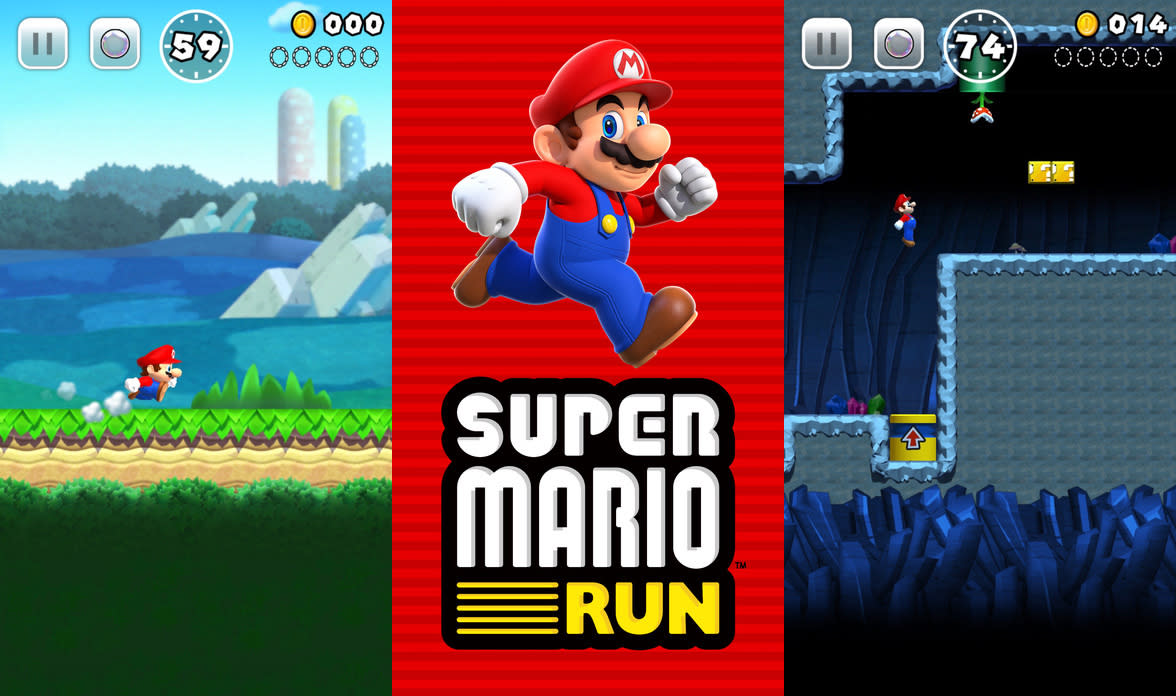 At the iPhone 7 event, Apple and Nintendo revealed that Mario would make his way to iOS devices this December. Well, today Nintendo revealed the exact date: December 15th. That's the day Super Mario Run will be available to play on iPhone, iPad and iPod touch. The app can be downloaded for free, but you'll only be able to play parts of the game's three modes without handing over additional funds. To unlock the full game, you'll have to pay $10.

When the time comes, Super Mario Run will be available in 151 countries (full list here) and 10 languages including English, Japanese, German, French, Spanish, Portuguese, Italian, Dutch, Russian and traditional Chinese. If you happen to live in one of those locales, you'll just need to make sure you have a device that runs iOS 8.0 or later in order to leap over obstacles, take on enemies and collect coins in a few weeks.

Don't worry, Android faithful: Nintendo says you'll get a chance to play the mobile game as well. Unfortunately, the company hasn't announced when, just the vague "at some point in the future."

In this article: av, game, gaming, ios, ipad, iphone, mario, mobile, nintendo, supermariorun, TLMarioMobile
All products recommended by Engadget are selected by our editorial team, independent of our parent company. Some of our stories include affiliate links. If you buy something through one of these links, we may earn an affiliate commission.