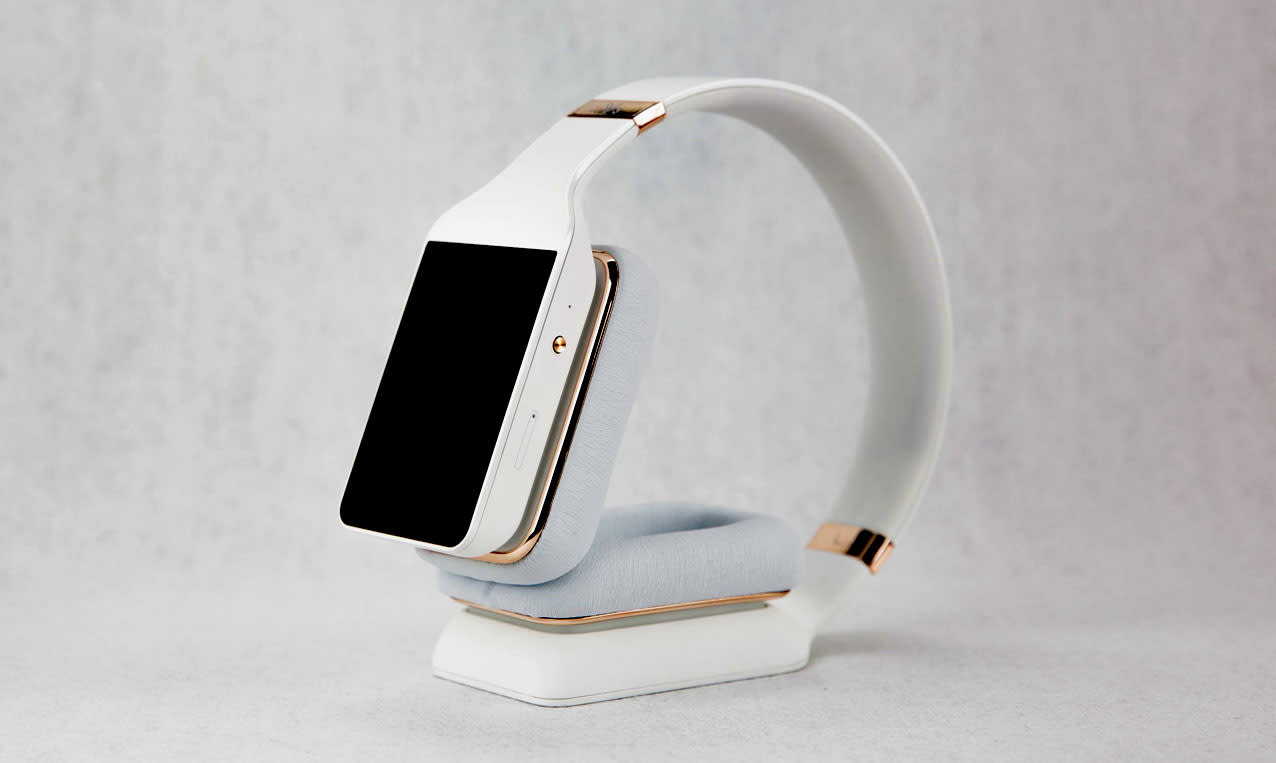 It was inevitable that voice-controlled headphones would one day land on our heads. With Siri and Alexa answering our questions and cueing up music for our ears, it was only a matter of time until something like the Vinci smart headphones appeared. Available for pre-order on Kickstarter, it can play music, act as an activity tracker, get directions, read back text messages and more wirelessly via WiFi or a 3G connection. And that's without being connected to a smartphone.

Over time, too, the company says that Vinci will learn about your behaviors and begin telling you when things like your usual bus will be late or suggestion songs via AI.

It's through the touchscreen on the side of the headphones that you'll set up the device. To ask the system a question, just tap and hold on the display and start talking. I was able to demo a pre-production unit and while I had a few issues getting it to understand my voice, my coworkers were more than happy to ask the Vinci to play songs from bands like Nickleback, which it did without hesitation. My coworkers clearly hate me.

But while the voice control worked well, and setting up Spotify and WiFi was as simple as setting those items up on a smartphone, there is one feature that puzzled me: The touchscreen has an audio visualizer that reacts to the music you're playing. The default is a circle of dots that ebb and flow with your jams. In all there are five different visualizers including a text-based one. It seems odd to have a visualizer that the wearer doesn't actually see. Your enjoyment of creating a light show for those standing by may vary.

But if you're looking for a pair of headphones that'll untether you from your phone, the Vinci smart headphones are the real deal. The $200 Vinci v1.5 ($300 Vinci v1.5 Pro comes with more storage, noise cancelling, wireless charging and better sounds quality) are discounted during the campaign to $100 and $150, respectively.

In this article: av, gadgetry, gadgets, gear, hands-on, headphones, personal computing, personalcomputing, Vinci, voiceassistant, wearables
All products recommended by Engadget are selected by our editorial team, independent of our parent company. Some of our stories include affiliate links. If you buy something through one of these links, we may earn an affiliate commission.