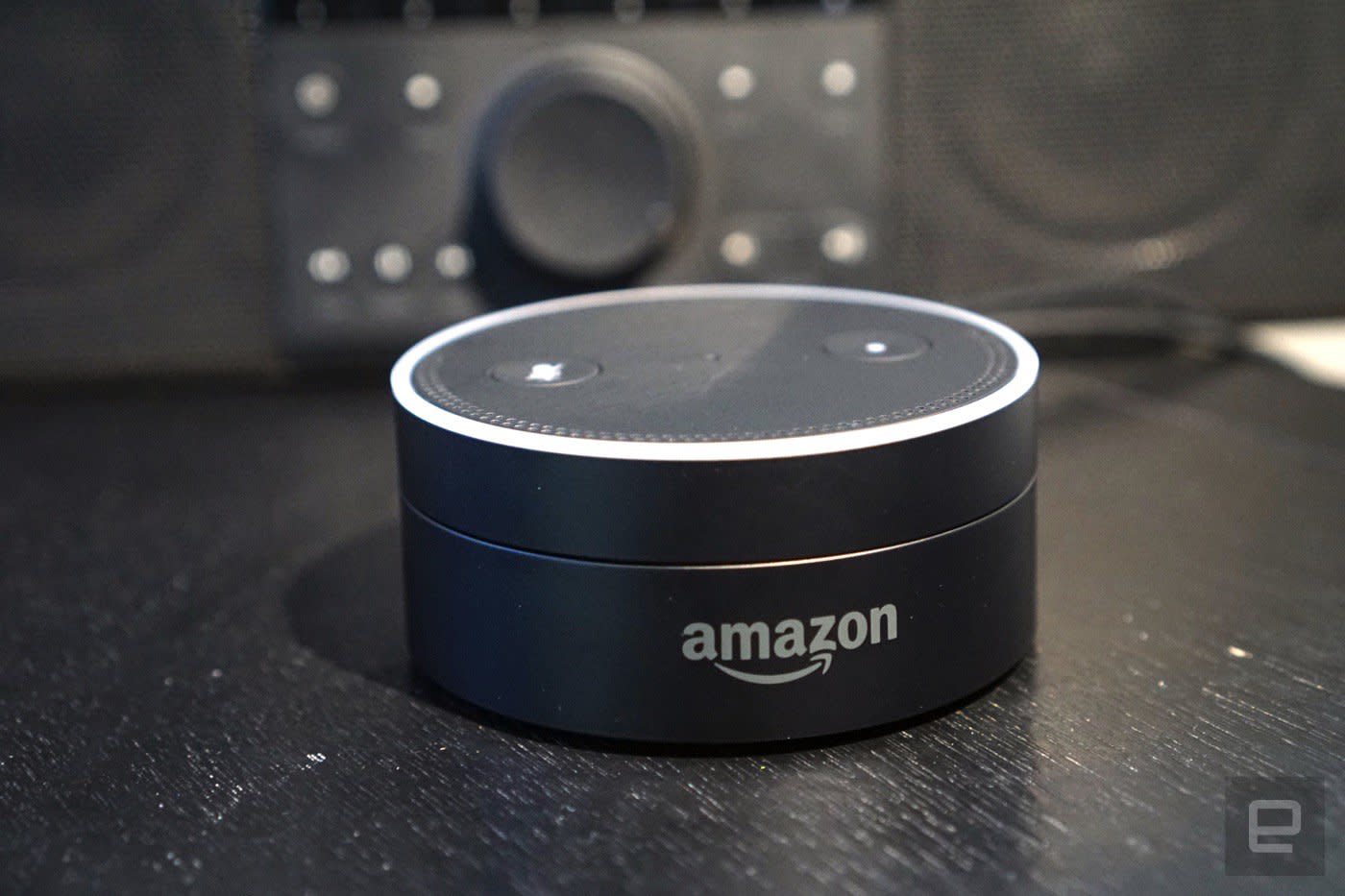 Back in May, reports surfaced that Apple was working on a device that would rival Amazon's Echo speakers. In fact, those rumors indicated that Tim Cook & Co. had been working on the gadget before Amazon announced its speakers with the Alexa virtual assistant on board. Now Bloomberg reports that Apple's upcoming device is moving from the R&D phase and into proper testing. Similar to the Echo line, Apple's smart-home unit will pack in Siri and control connected appliances, lights and more via voice cues.

Google announced its version back at I/O in May, a smart speaker called Home. The company scheduled an event for October 4th, so perhaps we'll hear more about the device in addition to the anticipated new Nexus phones. According to Bloomberg's Mark Gurman, Apple wants to stand out from Amazon and Google by offering "more advanced" microphone and speaker tech inside its device. Gurman has a solid track record when it comes to reporting on what Apple has in the works.

What's more, Bloomberg says some of the prototypes that Apple is testing include facial recognition as well. After acquiring two facial recognition startups in the last two years, Faceshift and Emotient, the speaker could behave based on who is in the room or how they're feeling. There are also core controls like getting Siri to read emails, preform web searches, run down sports scores, post to Twitter and control music.

Bloomberg reports Apple tried to integrate the smart-home features into the Apple TV before opting for a standalone speaker instead. Voice commands were eventually built into the remote of the current-gen set-top box. According to this report, Apple began toying with the idea of a Siri-driven speaker back in 2014 alongside the launch of HomeKit. Like Amazon, the company considered multiple devices of different sizes. Yesterday, a device about the size of an Apple TV popped up in an FCC filing with Bluetooth and NFC connectivity on board. Those features aren't on the current model, so there could be a new option on the way (hopefully with 4K) or perhaps the paperwork has something to do with that smart speaker. Only time will tell.

In addition to a speaker, Bloomberg lists a number of improvements that Apple has in the works for Siri on iPhones and iPads. A project code named "Invisible Hand" is said to be working on a way for users to "fully control" those phones and tablets with spoken commands within the next three years. In other words, you'll be able to use the virtual assistant outside of its app without having to activate it. An example of this would be asking Siri to search for a restaurant without the need to manually launch the feature. The three-year window may rule out an appearance in iOS 11, but there's a chance Apple could surprise us at next year's WWDC.

In this article: amazonecho, apple, av, echo, gear, googlehome, home, iot, siri, smarthome, speaker
All products recommended by Engadget are selected by our editorial team, independent of our parent company. Some of our stories include affiliate links. If you buy something through one of these links, we may earn an affiliate commission.