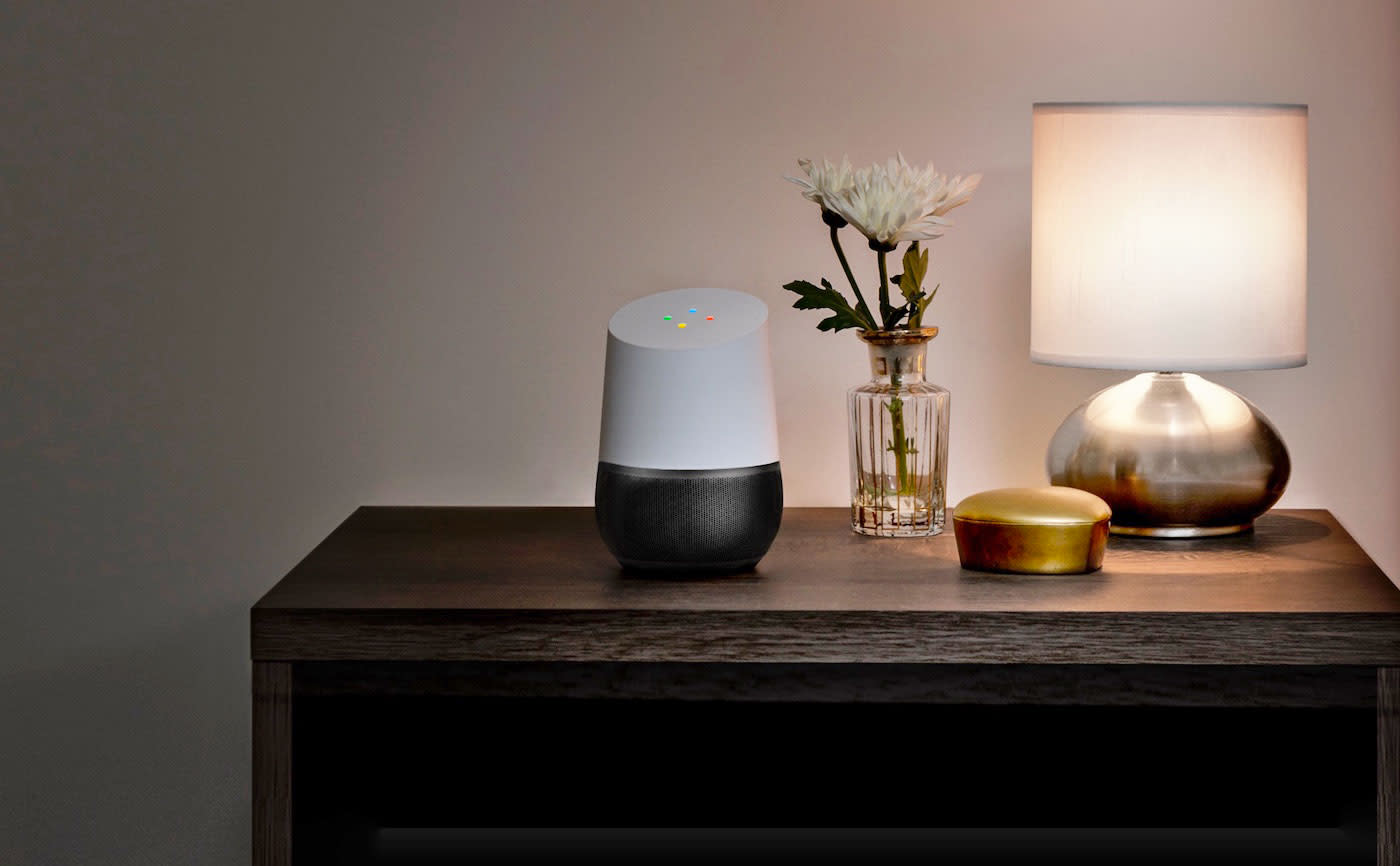 While the New York Times may have broken the news early, Google's answer to Amazon's smart speakers is now official. Announced today at the search giant's annual I/O developer conference, Google Home is the company's answer to the Amazon Echo, whose voice-controlled "Alexa" assistant can help with various tasks. Google Home has a virtual assistant too, with software that can handle household tasks like adjusting your Nest thermostat. It also allows you to control third-party apps using your voice.

Like the Echo, Google Home is also a speaker that can keep music and entertainment streaming directly from the cloud to insure top-notch quality. As you'd expect, it offers Google Cast support, so you can group it with your other speakers for multi-room audio or start playing videos on your television with Chromecast. And yes, both of those are voice-controlled tasks. You can even tell Home to play music on another piece of audio gear in another room, as opposed to the whole group or just Home itself.

In addition, Google Home will serve as your Internet of Things hub, linking all of your connected devices like lights, cameras, thermostats and small appliances. You can also swap out the base to better match your decor, but the LEDs that provide a visual status update will remain on the bottom of the speaker. Home gives you access to Google Assistant as well, allowing you to ask follow-up questions until you get the answers you're after. It will also browse your schedule to give you an idea of what your day looks like as you're heading out the door.

None of this is too surprising when you think about it. Back in March, Google-owned Nest confirmed that it scrapped plans for a virtual assistant over privacy concerns. Then, later that month, reports began to surface that Google was working on its own Echo competitor, with other rumors indicating that Google would use this week's developer conference to finally unveil the device.

Home won't launch until later this year, but Google says it's showing it off at I/O this week so that developers and third-party device makers can see what the speaker and its virtual assistant are capable of. Amazon has already giving devs access to Alexa, and apps that leverage the software independent of the retailer's gadgets have already popped up.

In this article: av, gear, google, googlehome, googleio2016, home, io2016, iot, speaker, virtualassistant
All products recommended by Engadget are selected by our editorial team, independent of our parent company. Some of our stories include affiliate links. If you buy something through one of these links, we may earn an affiliate commission.