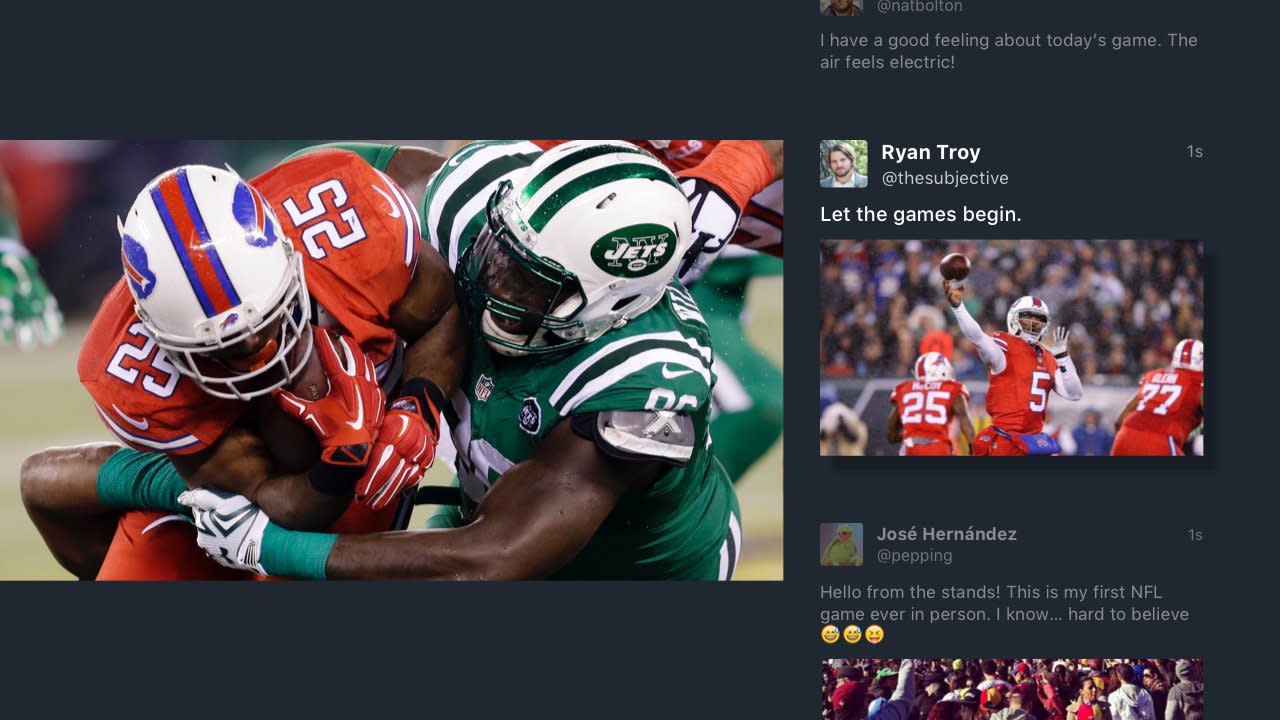 Twitter TV events have included Thursday NFL games and the presidential election, but until now they've only been available on TV through Apple TV, Fire TV and Xbox One. Now, Android TV is joining that list, and from the appearance, the app is the same as on every other platform. There's a listing for whatever featured broadcast is going on at the top, plus popular tweets and videos from the service, and some live Periscope streams. Twitter is pushing this ahead of tomorrow's Saints/Panthers game, but it should probably add some updated screenshots to the Google Play Store first -- currently they only show the phone version of the app.

In this article: Android, AndroidTV, AppleTV, entertainment, google, services, ThursdayNightFootball, TV, twitter
All products recommended by Engadget are selected by our editorial team, independent of our parent company. Some of our stories include affiliate links. If you buy something through one of these links, we may earn an affiliate commission.