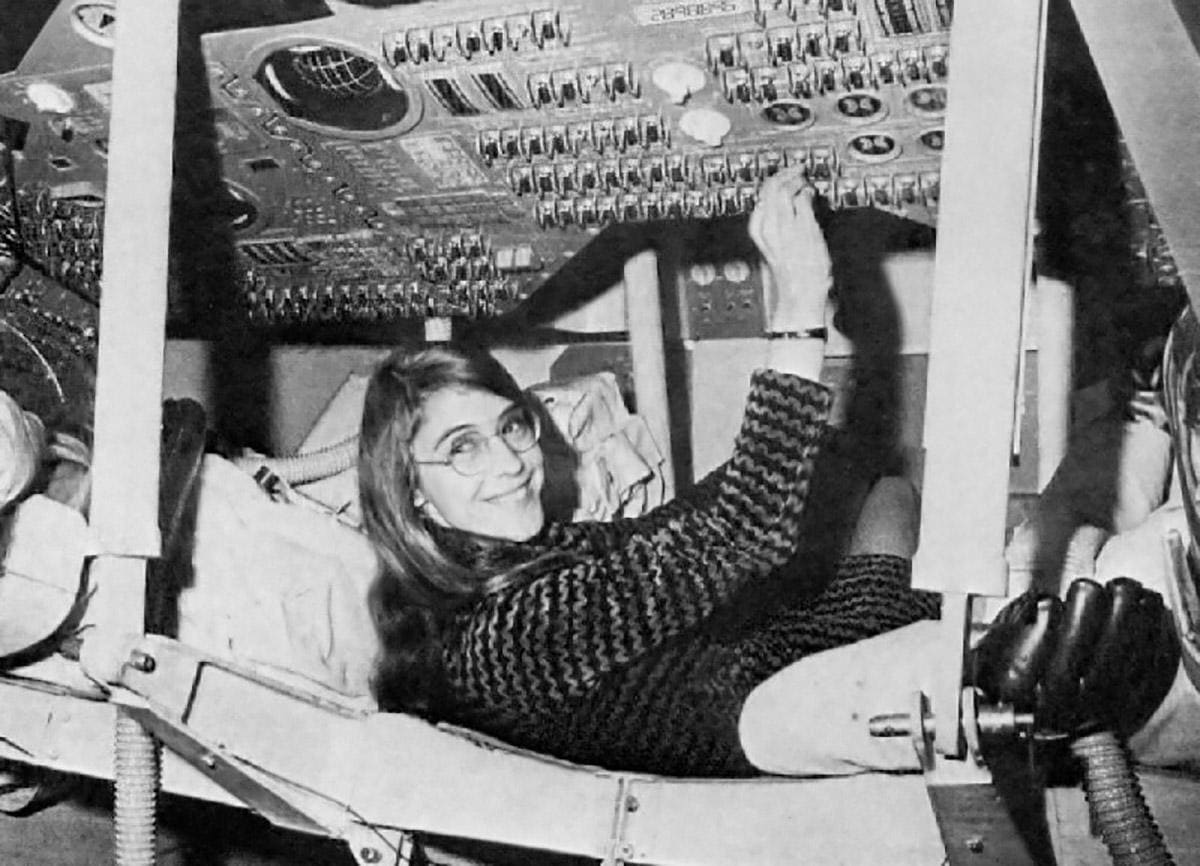 Bill Gates will receive the Presidential Medal of Freedom on November 22nd, but he wouldn't be where he is without two of the other honorees, Grace Hopper and Margaret Hamilton. They developed the first programming language and compiler, open-architecture, error detection and recovery and end-to-end testing, among many other breakthroughs. Hopper and Hamilton also helped put programming on par with other engineering fields and were beacons of light for aspiring engineer told that "girls can't code."

Grace Hopper is best known for making arcane binary computer code accessible by developing English-like programming languages. She joined the Navy in 1943 and worked on the Harvard Mark I, an early electromechanical computer used to do crucial implosion calculations for the first atomic bomb. She also developed one of the world's first computer manuals for the Mark I.

While working on the Univac I computer in 1952, Hopper wrote the first-ever compiler (the A-0) which formed the basis for COBOL and paved the way for computer languages that followed. Hopper became a Navy rear admiral in 1985 and worked at Digital Equipment Corporation until her death, aged 85, in 1992. As the David Letterman video from 1986 (below) shows, age never dampened her sharp mind, love of teaching technology and wit.

Without Margaret Hamilton's work, Neil Armstrong may never have set foot on the moon. Several years after joining MIT in 1960, she led a NASA Apollo team that developed inflight software for the command module and lunar lander. After problems on the Apollo 8 mission led to in-flight guidance data loss, Hamilton convinced NASA higher-ups to let her team develop error detection and recovery software for the moon mission.

That proved to be a wise decision, as just minutes before the Eagle lunar lander was to set down, the computer was overloaded by data caused by a faulty radar and starting throwing error messages. The landing was highly dependent on the onboard computer, so the problem could have easily resulted in an abort decision. Hamilton's system sounded an alarm, alerting astronauts to the error condition, while at the same time killing low-priority tasks and re-establishing important ones. Scientists back in Houston and the astronauts quickly decided to continue the descent.

Hamilton went on to found a company that created error prevention and fault tolerance tech used by the Air Force and other branches of government. She also helped pioneer open-architecture systems, man-machine interfaces, end-to-end testing and software reliability testing, to name just a few standard coding practices used today. She was also the first to use the term "software engineering," putting it on par with hardware and other types of engineering.

Suffice to say, both women worked and thrived in a field that was heavily dominated by men, serving as inspiration for girls to enter STEM fields and learn coding. There's still a lot of work to be done there, but we might not even be this far along were it not for Hamilton, Hopper, and others. "Coming up with new ideas was an adventure," Hamilton told NASA for its 50th anniversary magazine. "Looking back, we were the luckiest people in the world; there was no choice but to be pioneers; no time to be beginners."

In this article: Apollo, GraceHopper, HarvardMarkI, ManhattanProject, MargaretHamilton, MIT, NASA, personal computing, personalcomputing, science, space, video
All products recommended by Engadget are selected by our editorial team, independent of our parent company. Some of our stories include affiliate links. If you buy something through one of these links, we may earn an affiliate commission.