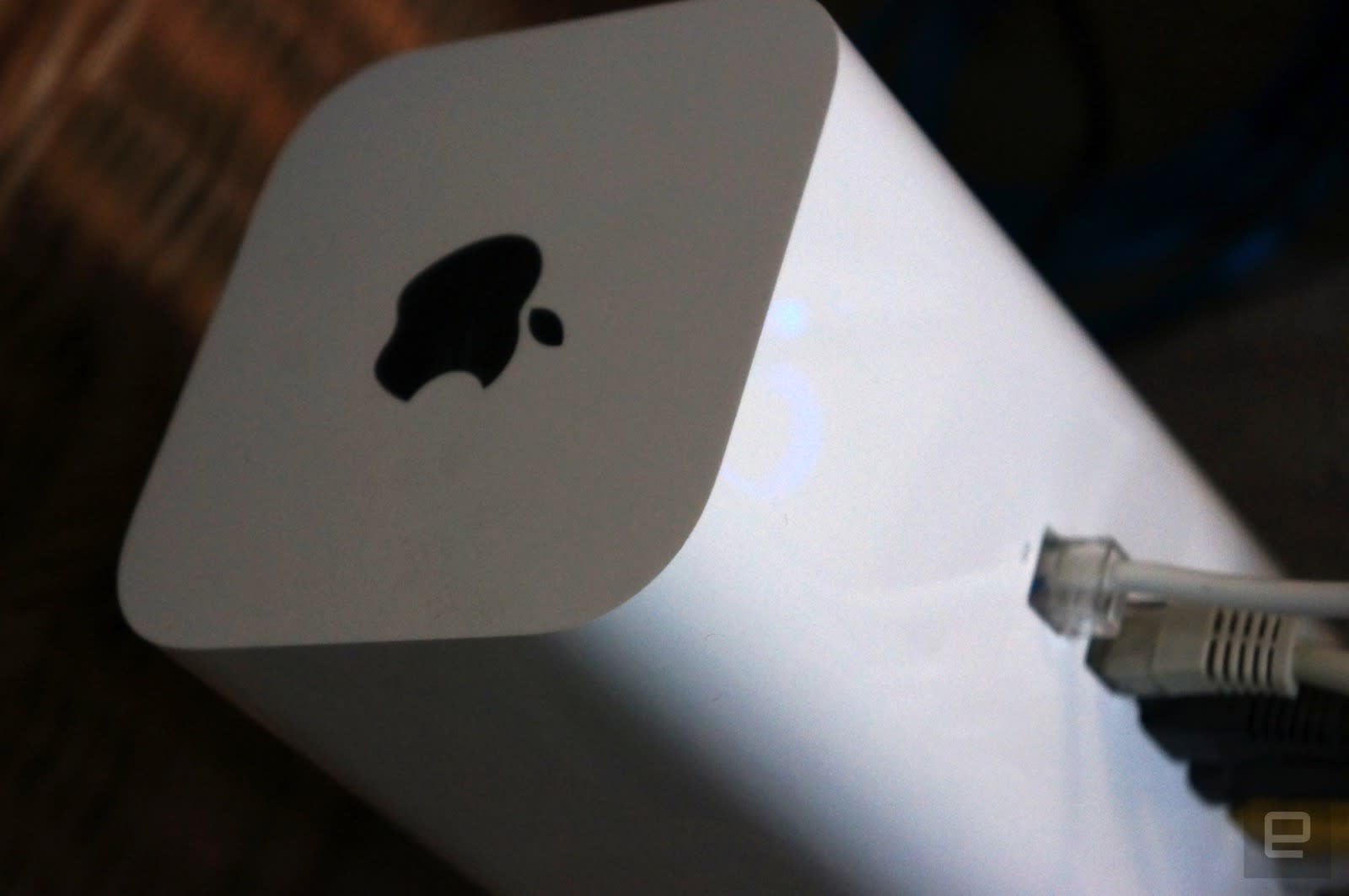 We hope you weren't dead set on getting a new AirPort Extreme any time soon. Bloomberg sources claim that Apple has "disbanded" its WiFi router division, quietly ramping it down over the past year as team members joined other divisions (including the Apple TV group). Reportedly, the shutdown is meant to "sharpen the company's focus" on those devices that make up the bulk of its revenue. A spokesperson wouldn't confirm the move, but Apple hasn't introduced a new router since 2013 -- it's not as if they had a lot of work on their plate.

It's a quiet end for a team that, at one point, was crucial to the proliferation of WiFi. The original AirPort Base Station, along with the first iBook laptop, helped popularize the very concept of wireless networking. Remember a keynote crowd freaking out when Steve Jobs showed that he didn't need an Ethernet cable to surf the web? For a while, Apple was usually one of the first companies to adopt a new WiFi standard -- it would even use draft specs and update once the technology was finished. It also made important strides in networked audio (through the AirPort Express) and fully integrated network backups (Time Capsule).

However, it's not surprising if Apple is bowing out. Much like what we saw when it stopped making displays, the company is facing an increasingly commoditized market where rivals have to compete on purely iterative upgrades like increased coverage. Even speedy 802.11ad WiFi isn't a big selling point. How does Apple stand out (and thus make a profit) when most routers are fast enough, cloud backups are simple and networked audio is just a matter of buying a wireless speaker? As sad as it might be to see the AirPort line fade away, it's not nearly as important to Apple's success as it once was.

In this article: airportexpress, airportextreme, apple, gadgetry, gadgets, gear, networking, router, wi-fi, wifi
All products recommended by Engadget are selected by our editorial team, independent of our parent company. Some of our stories include affiliate links. If you buy something through one of these links, we may earn an affiliate commission.