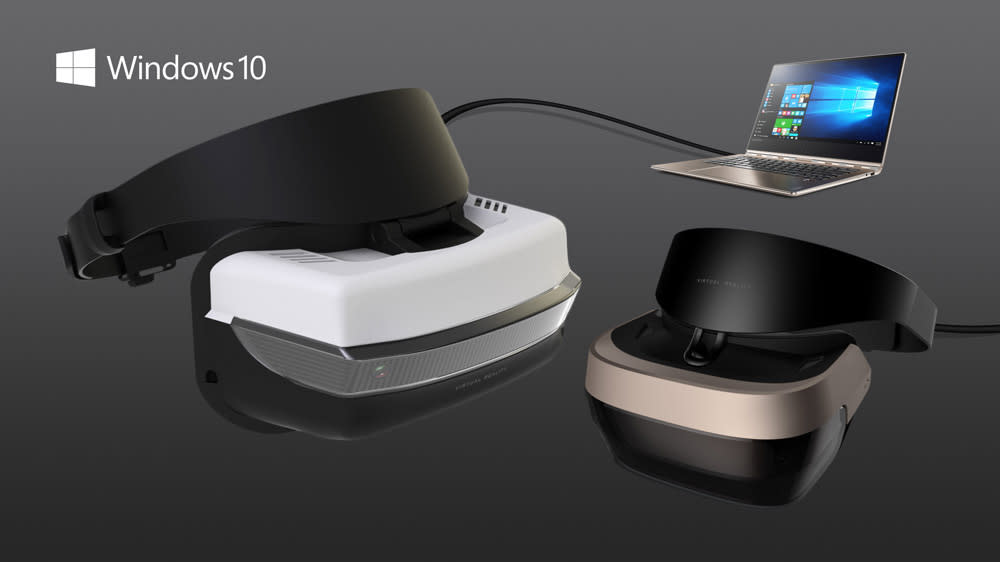 There's still much we don't know about Microsoft's plan to deliver virtual reality in Windows 10. At this point, we've heard it'll start with $299 headsets from a variety of PC manufacturers, and support for the Windows Holographic VR platform will arrive in in the Windows 10 Creators Update next year. There's plenty left up in the air beyond that (we'll likely hear more during an event next month). For now, we've got a sense of minimum PC requirements to run VR experiences, The Verge reports.

According to the "Windows Holographic First Run" application, which is available in the most recent Windows Insider test builds, the VR platform will need at the minimum 4GB of RAM, a DirectX 12 graphics card, USB 3.0 support and four CPU cores. If you've got a dual-core CPU with hyper threading (which appears as four different cores in Windows), you'll probably be safe as well.

Of course, Microsoft's final specs will likely include more detail about the actual CPU speed and GPU hardware you'll need, but for now these requirements make it clear Windows Holographic should run on mid-range computers. It's also unclear what sort of VR experiences these specs will get you — they likely won't be enough to run Eve Valkyrie well.

In comparison, both the Oculus Rift and HTC Vive require a quad-core Intel Core i5 4590 or faster processor, 4GB of RAM, USB 3.0 and either an NVIDIA GTX 970 or AMD R9 290 video card. Oculus also just rolled out a new feature that'll let its VR headset run well on even slower hardware. Based on what we've heard from Microsoft, it seems like the company is trying to make VR more accessible than the Oculus Rift and Vive. That starts with cheaper headsets, but hopefully its final PC specs will come in much cheaper than the competition as well.

In this article: entertainment, gadgetry, gadgets, gaming, gear, microsoft, personal computing, personalcomputing, virtualreality, VR, WindowsHolographic
All products recommended by Engadget are selected by our editorial team, independent of our parent company. Some of our stories include affiliate links. If you buy something through one of these links, we may earn an affiliate commission.