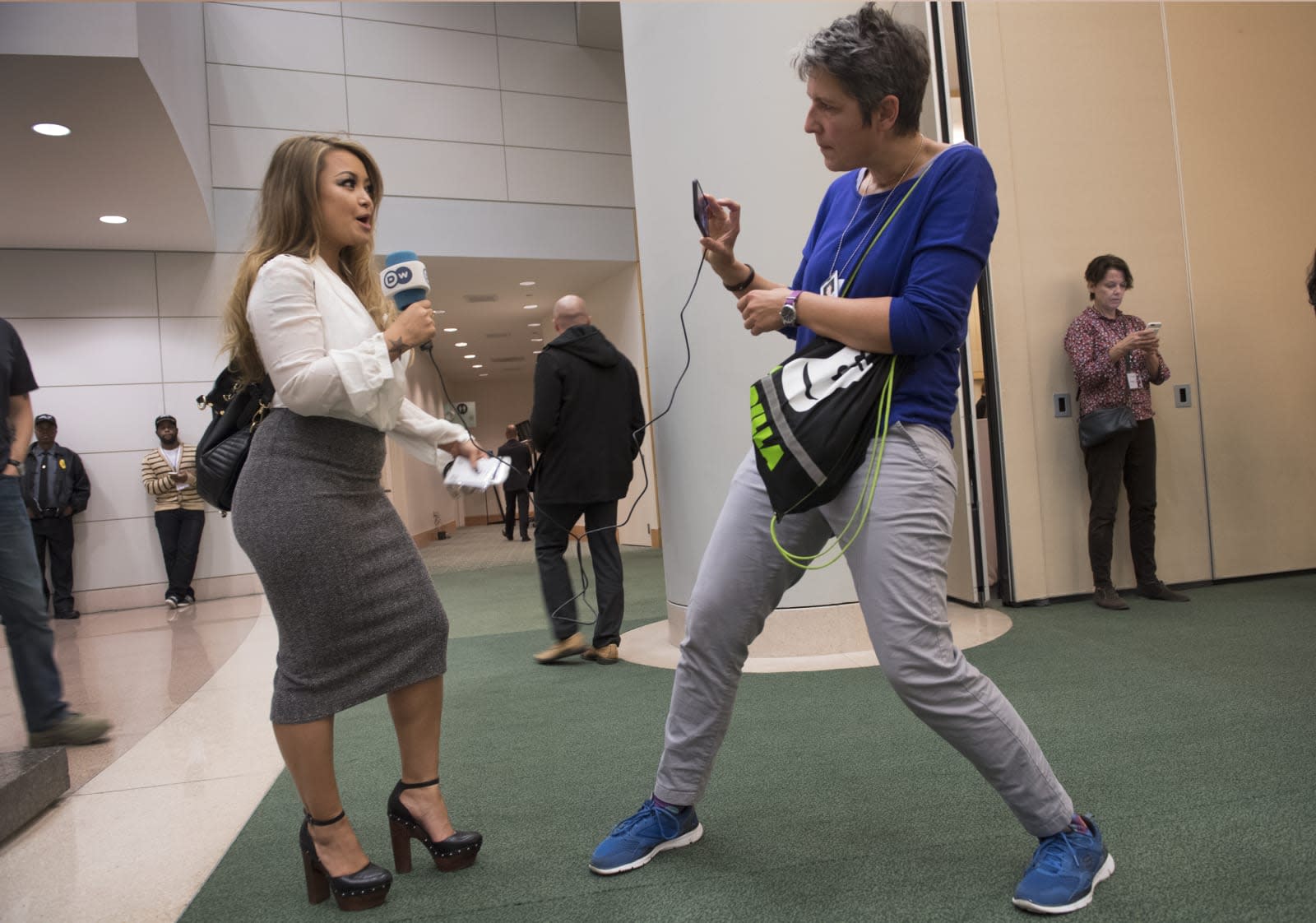 Twitter's quest to clamp down on hatemongers, trolls and similar provocateurs isn't slowing down any time soon. The social network has suspended Tila Tequila's account after the reality show star (shown at left) posted a string of pro-Nazi tweets, including one showing her giving a Nazi salute at a white nationalist conference in Washington. While she has previously sworn that she isn't racist (she's of Vietnamese heritage), she hasn't exactly hidden her shift toward the extreme right. She once posted a photo of herself wearing a Nazi armband in front of Auschwitz, and in her Twitter bio described herself as an "alt-reich queen" and "literally Hitler."

Twitter doesn't normally discuss the circumstances surrounding a suspension, but we've reached out regardless and will let you know if it has something to say. However, this follows shortly after Twitter expanded its abuse reporting to let you flag hateful tweets targeting people based on race, ethnic groups and other demographics, whether or not they're targeted at you. Tequila may not have been singling people out, but her posts weren't exactly promoting cultural acceptance and compassion.

It won't be surprising if bans like this continue. Twitter's reluctance to combat trolls may have cost it an acquisition bid from Disney, among other suitors. The last thing it needs is a verified user whose very presence on the service makes Jewish and non-white people feel unwelcome. While the ban won't allay questions about Twitter's support for freedom of expression, it's important to remember that this a private business. It has no obligation to host speech it doesn't like, especially if that speech intimidates other users and ultimately hurts its bottom line.

In this article: alt-right, culture, fascism, hatespeech, internet, nazi, neonazi, neonazis, socialnetwork, socialnetworking, tilatequila, twitter
All products recommended by Engadget are selected by our editorial team, independent of our parent company. Some of our stories include affiliate links. If you buy something through one of these links, we may earn an affiliate commission.
Share
Tweet
Share