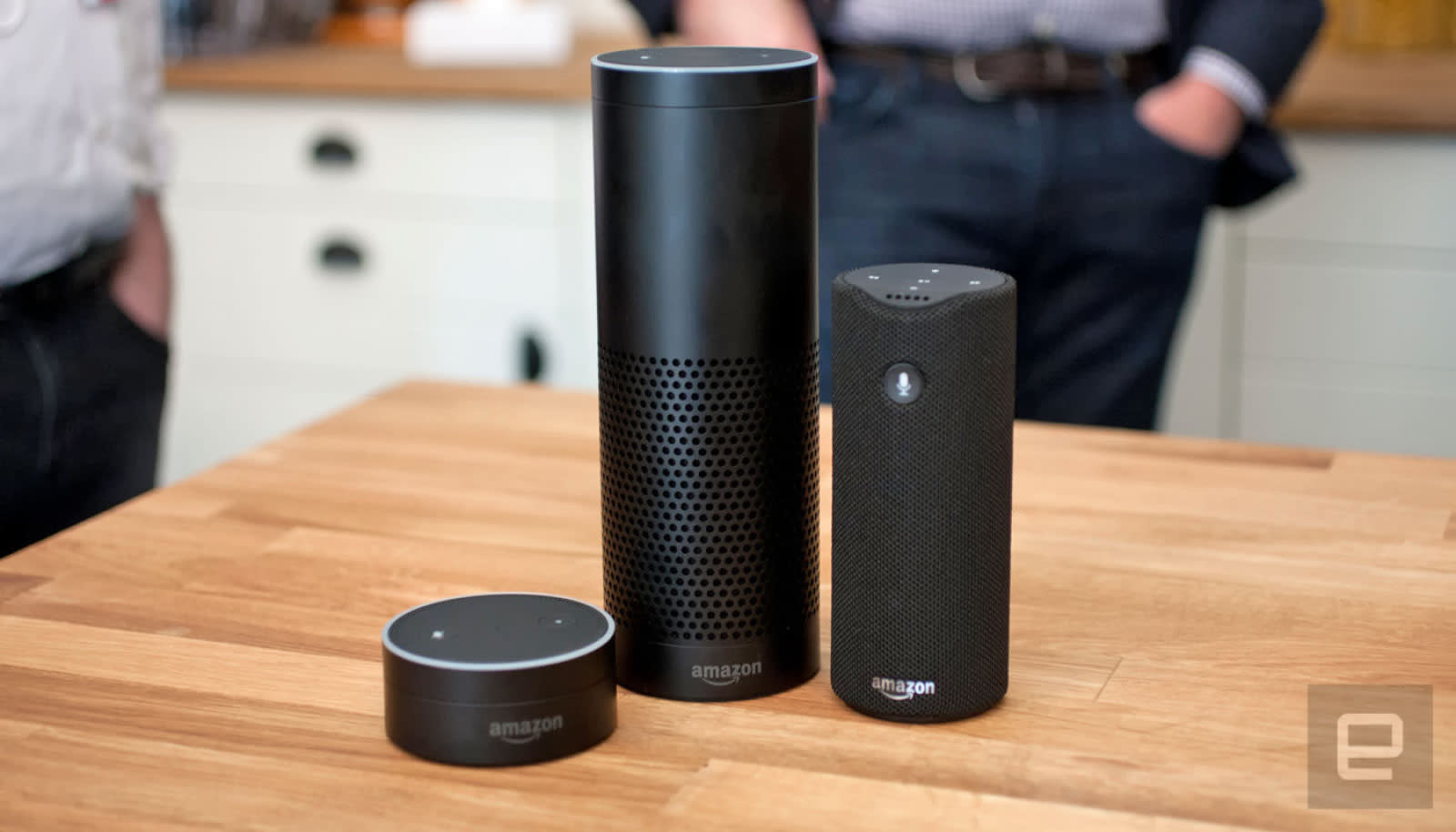 Amazon is still riding high on the success of its Echo speakers, and there's only one place to go now that it has a low-cost option like the Echo Dot: to the high end. Accordingly, Bloomberg sources hear that Amazon is working on a "premium" Echo-style speaker whose centerpiece would be a roughly 7-inch touchscreen. The visuals would give you a clearer look at your calendar, the weather and other data where Alexa's voice can't provide a perfect description. It would sound better, too with "high-grade" speakers that sound good regardless of volume levels.

If this sounds a bit like a tablet with speakers, you wouldn't be far off the mark. The insiders claim that this speaker would run an "optimized" variant of Fire OS, the Android spinoff that you see on Fire tablets and the Fire TV. That would give you the ability to display info unrelated to your voice commands, such as an in-testing feature that would let you pin photos and other items to the home screen. It's not certain that this has any relation to "Knight," the Alexa-guided kitchen device rumored back in May, although there are at least some superficial connections.

There's no mention of pricing (besides more than the $180 standard Echo). If the scoop is accurate, however, Amazon could ship the speaker as early as the first quarter of 2017. That sounds like odd timing, but the internet retailer does have an incentive to move quickly. Google Home undercuts the standard Echo's price, so there's a strong incentive to offer something beyond what Google can offer. And remember, there are rumors of an Apple smart speaker in the works -- Amazon might not want to be caught without an answer to whatever is cooking in Cupertino.

In this article: alexa, amazon, android, audio, av, echo, fireos, gear, home, knight, speaker, voicecommand, VoiceRecognition
All products recommended by Engadget are selected by our editorial team, independent of our parent company. Some of our stories include affiliate links. If you buy something through one of these links, we may earn an affiliate commission.