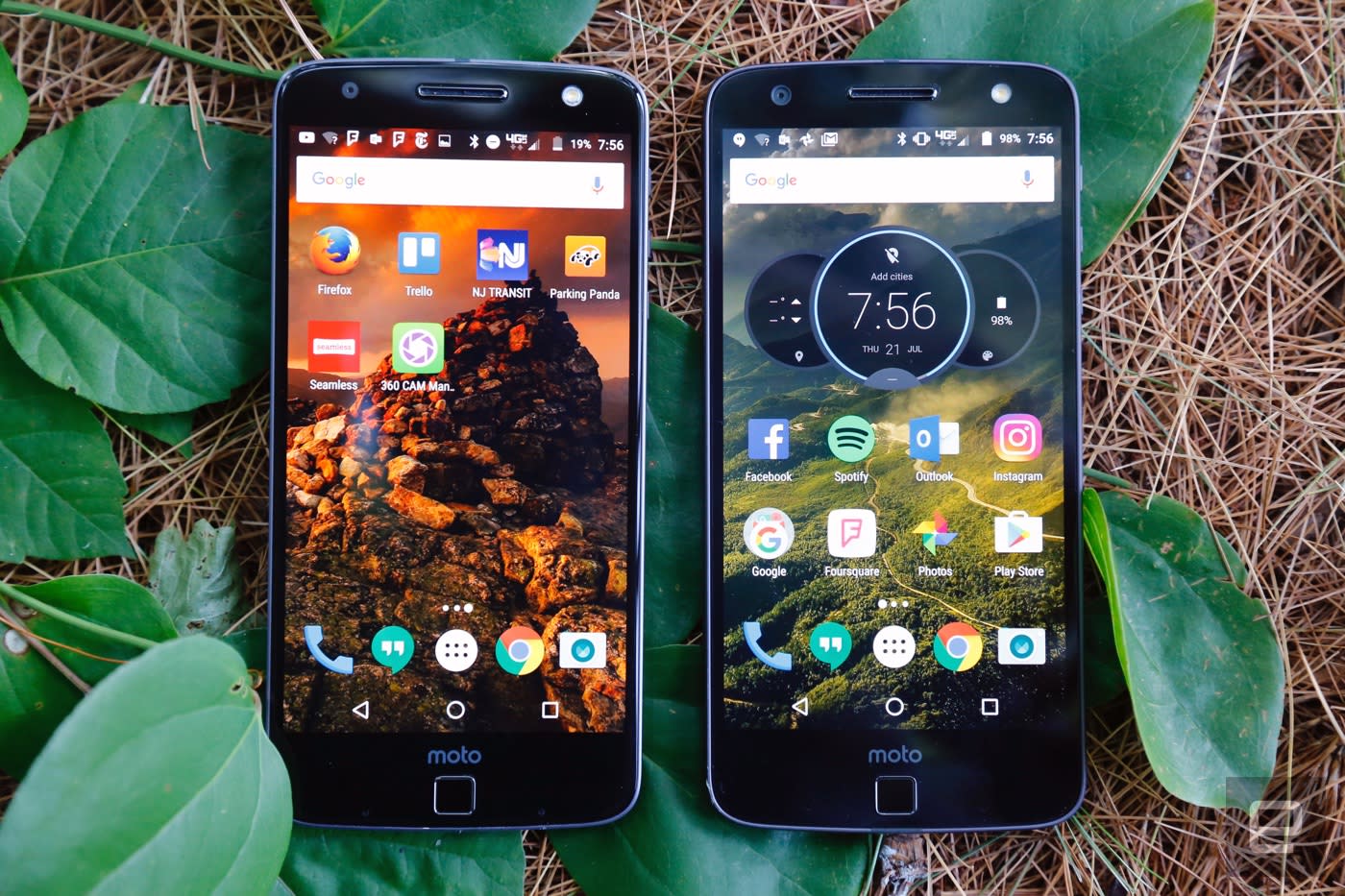 Lenovo's Phab 2 Pro might be the first smartphone out there with Google's Tango technology, but other parts of the company are interested in the tech as well. While addressing reporters at an event in Chicago, Motorola Mobility president Aymar de Lencquesaing said that the Lenovo-owned subsidiary is "likely to have a Tango module" for the Moto Z line of smartphones... though he stopped short of confirming such an add-on was currently in the works.

"Augmented reality on a phone is a technology that's likely to stick," de Lencquesaing added later. "Of course we'll follow, or lead, the market in this area."

In case you're new to Tango, Google's work combines multiple cameras -- mostly for measuring depth and motion -- with additional sensors to give a phone a very fine understanding of where it is and what's in front of it. The issue so far is that Tango, or the way it's implemented in Lenovo's enormous phablet, is far from perfect. Depth-sensing is sketchy at best, the interfaces for Tango apps can be cumbersome and in general, there's still plenty of work to be done. The upside, however, is the staggering potential that becomes evident when Tango experiences work the way they're supposed to. Tango, for lack of a better word, can feel like magic.

While it's unclear if we'll ever actually see a Tango mod magnetically lashed to a Moto Z, it's no surprise it's under consideration. After all, the idea of squeezing the requisite technology into a smartphone add-on is a damned good one. Consider this: The Phab 2 Pro wound up being enormous in part because of all the Tango technology Lenovo had to fit into a relatively sleek body, and that size made the phone cumbersome to use as a daily driver.

By offloading those extra cameras and adding an external battery, Motorola could maintain its flagship devices' slim bodies and provide the (undeniably neat) augmented reality experiences Tango is known for. And let's not forget that the Moto Z series runs cleaner, more functional versions of Android than the Phab 2 Pro does. That means you'd get a better all-around phone with the option of dipping in to augmented reality when the mood strikes. Google has said in the past that other Tango devices are coming, and some of them are sure to pack flagship levels of power. Until device makers figure out how build Tango into phones seamlessly, though, the optional approach Motorola is considering seems brilliant.

In this article: ar, augmentedreality, gear, google, lenovo, mobile, motorola, projecttango, tango
All products recommended by Engadget are selected by our editorial team, independent of our parent company. Some of our stories include affiliate links. If you buy something through one of these links, we may earn an affiliate commission.