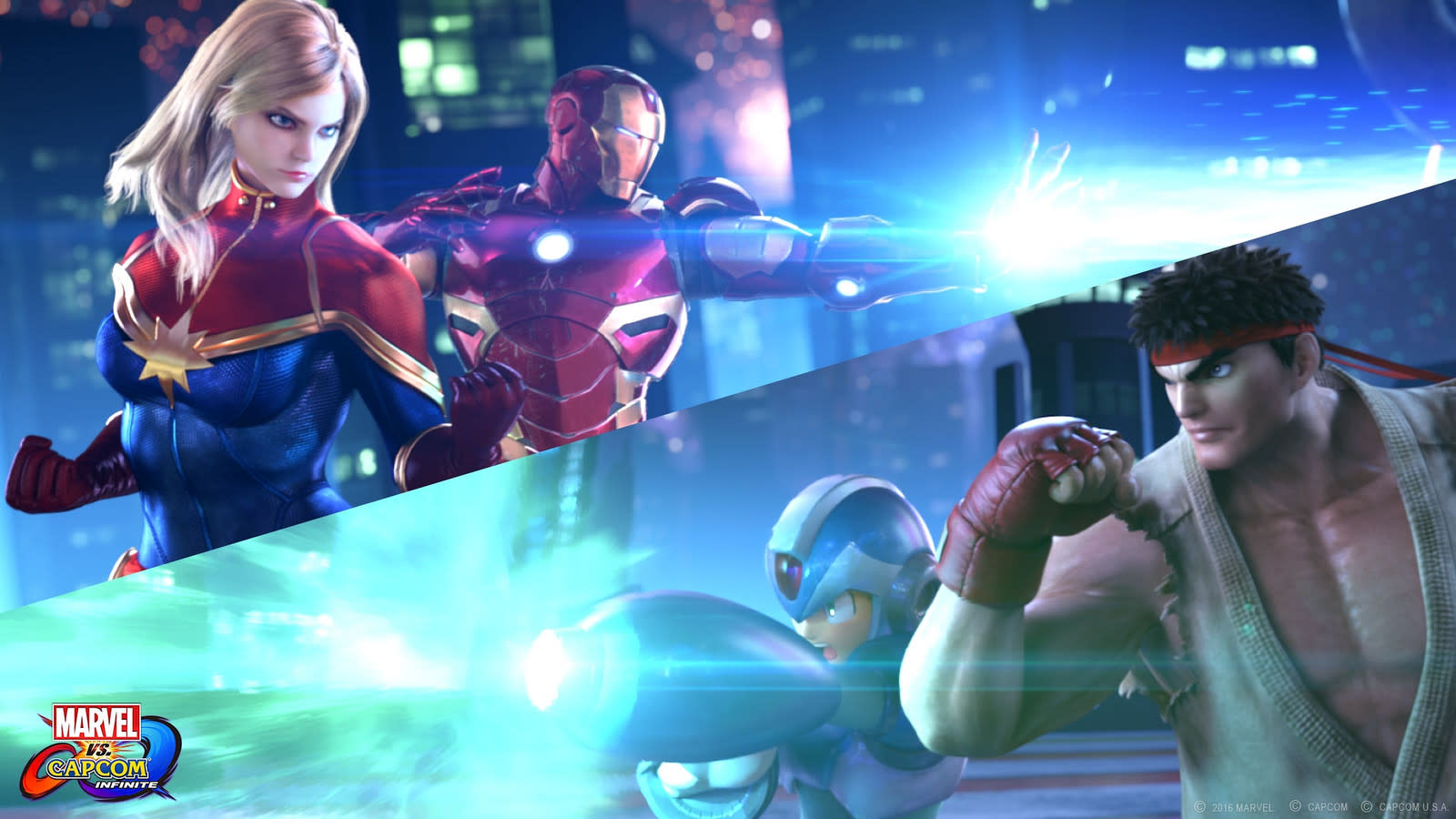 Marvel vs Capcom: Infinite pits classic video game characters from franchises like Street Fighter and Mega Man against everyone's favorite superheroes from the Marvel universe. The debut trailer showed an epic battle among Ryu, Mega Man X, Captain Marvel and Iron Man. Infinite lands in late 2017 and fans will get the first look at its gameplay tonight at the Capcom Cup, which is being held at PlayStation Experience in Anaheim, California.

Infinite features single-player and online multiplayer modes, plus Infinity Stones to give players unique boosts based on the elements of power, space, time, reality, soul and mind.

"Heroes and villains battle for supremacy in a timeless struggle set in the Marvel and Capcom universes," the PS Blog says. "The original storyline answers the questions regarding the new clash and lets players step into the shoes of classic characters from both sides as they wage war against powerful forces in an attempt to defeat a new villain."

In the meantime, fans at home can download Ultimate Marvel vs Capcom 3 today on the PS4.

Update: Marvel confirmed that Infinite is also coming to Xbox One and PC in late 2017, while Ultimate Marvel vs Capcom 3 will arrive on those platforms in March.

In this article: av, Capcom, gaming, Marvel, marvelvscapcom, marvelvscapcominfinite, PC, personal computing, personalcomputing, PlayStation4, playstationexperience2016, PS4, sony, XboxOne
All products recommended by Engadget are selected by our editorial team, independent of our parent company. Some of our stories include affiliate links. If you buy something through one of these links, we may earn an affiliate commission.