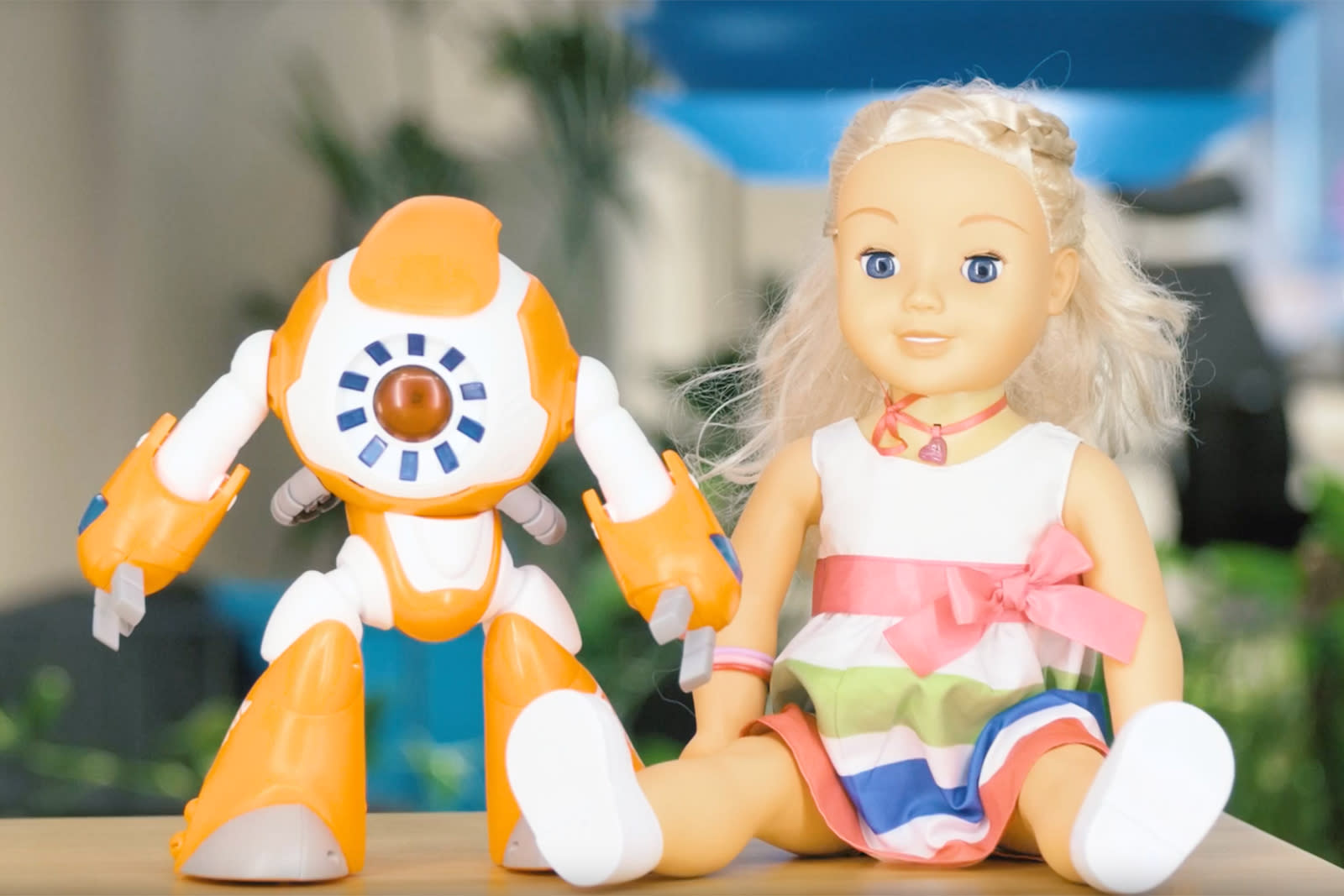 Smart toys can certainly inject some life into playtime, but they raise big privacy concerns when an internet connection is involved... and if you believe some critics, at least a few toys have crossed the line. Over 18 privacy groups are filing complaints with both the US' Federal Trade Commission and the European Union alleging that Genesis Toys and its tech partner Nuance are violating deceptive practices and privacy laws (including COPPA) through the way certain toys record kids' voices. Reportedly, i-Que and My Friend Cayla not only capture kids' voices without adequate notice or permission, but send it to Nuance with few safeguards over how that information is handled. It could be used in databases that Nuance sells to police and intelligence agencies, the groups say.

The organizations also accuse Genesis of failing to prevent unauthorized Bluetooth devices from connecting to the toys. Someone could eavesdrop on conversations, according to the complaint, raising the threat of "predatory stalking and physical danger." Bluetooth normally requires that you be relatively close (within 33 feet), but that would still allow someone at a playground or outside the home to snoop on unaware kids.

It's uncertain whether or not the FTC and EU will address the complaints. We've also asked Genesis and Nuance for their responses. However, it won't be surprising if this prompts some companies to rethink how they make smart toys, including those that use cameras and otherwise capture what kids are doing. Simply speaking, a toy isn't the same as a smart speaker or other typical voice-activated devices -- it's explicitly aimed at kids, and there are different privacy expectations as a result.

In this article: bluetooth, children, coppa, culture, eu, europeanunion, ftc, gadgetry, gadgets, gear, genesistoys, i-que, kids, myfriendcayla, norwegianconsumercouncil, nuance, privacy, video
All products recommended by Engadget are selected by our editorial team, independent of our parent company. Some of our stories include affiliate links. If you buy something through one of these links, we may earn an affiliate commission.