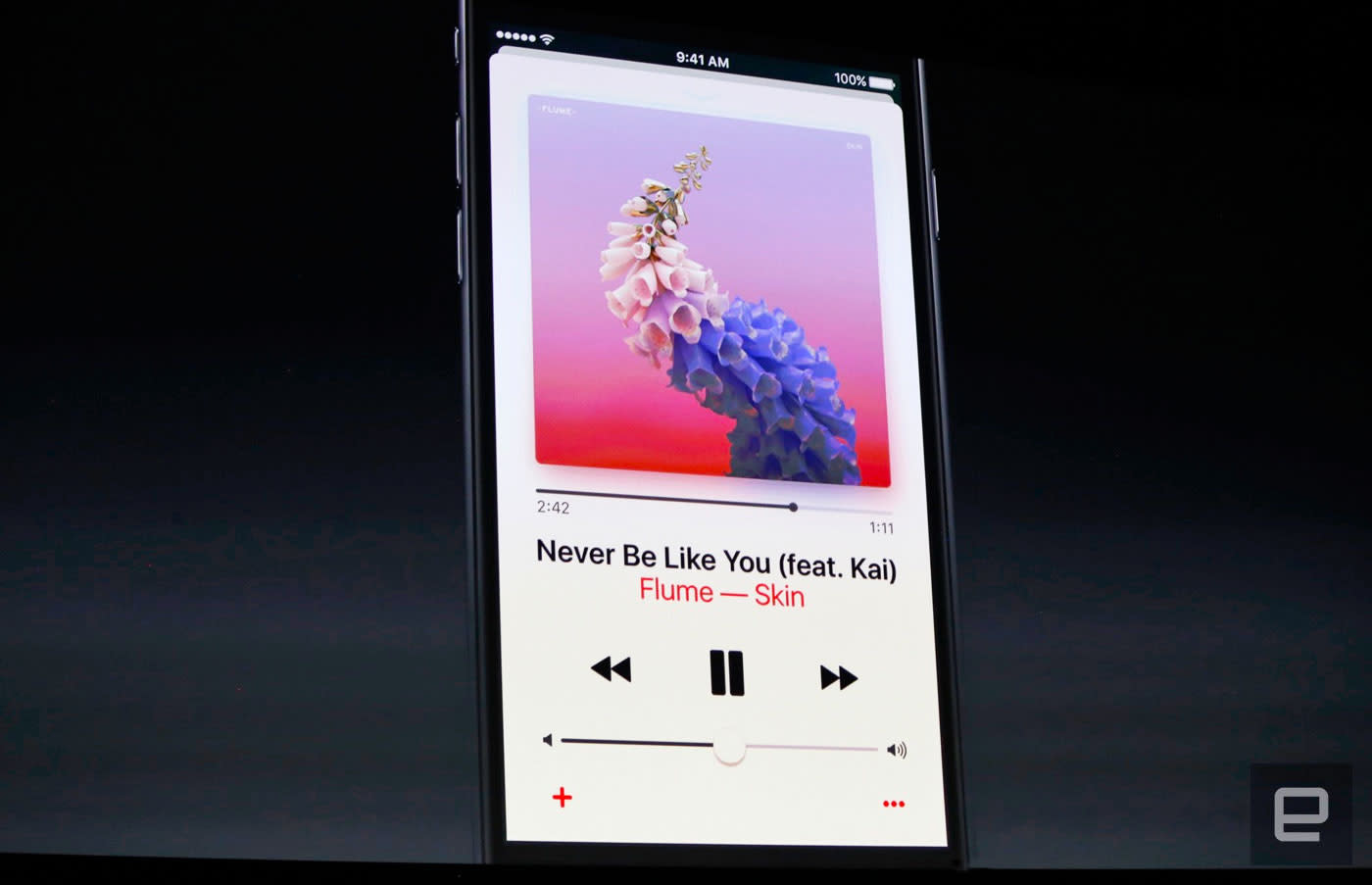 Apple says it added three million Music users since September, bringing its total subscriber count to 20 million. Furthermore, VP Eddy Cue tells Billboard that 60 percent of those are new customers who haven't purchased an iTunes song in the last year. By contrast, Spotify announced it had 40 million users in September, after adding 10 million premium subscribers in a six month period.

As before, Apple is using exclusive artist deals to drive users to Music. "Chance the Rapper, who we put on Apple Music exclusively, hit the top 10 on the Billboard charts [from streaming alone] and I can't recall that being done before," said Cue. Such deals are controversial with fans and the press, however, and artists like Kanye West (who has done his own exclusive deals on Tidal) have railed about it.

Unlike Apple, Spotify has a free, ad-supported subscription tier that it uses to drive premium subscriber growth. As of June, the company said it had 100 million total users, including non-paid subscribers. Apple has its own built-in advantage, of course, as Apple Music is already installed on every new iPhone sold. Both companies offer $10 individual subscriptions and a $15 family plan for up to six users.

While the growth of both Spotify and Apple Music has been dramatic, Cue points out that there are still only around 100 million paid streaming music subscribers globally. "There's a lot of growth opportunity," he says. The jump is good news for the music industry, too, as it pushes total paid streams per artist northwards.

However, the RIAA continues to complain about streaming, despite the fact that YouTube said yesterday that it paid $1 billion to the industry for ad-supported (non-subscription) streaming alone. In total, music industry revenue rose 3.2 percent in 2015 to $15 million, and based on Apple and Spotify's growth, should push even higher this year.

In this article: 20million, apple, AppleMusic, av, entertainment, Spotify, Subscribers
All products recommended by Engadget are selected by our editorial team, independent of our parent company. Some of our stories include affiliate links. If you buy something through one of these links, we may earn an affiliate commission.