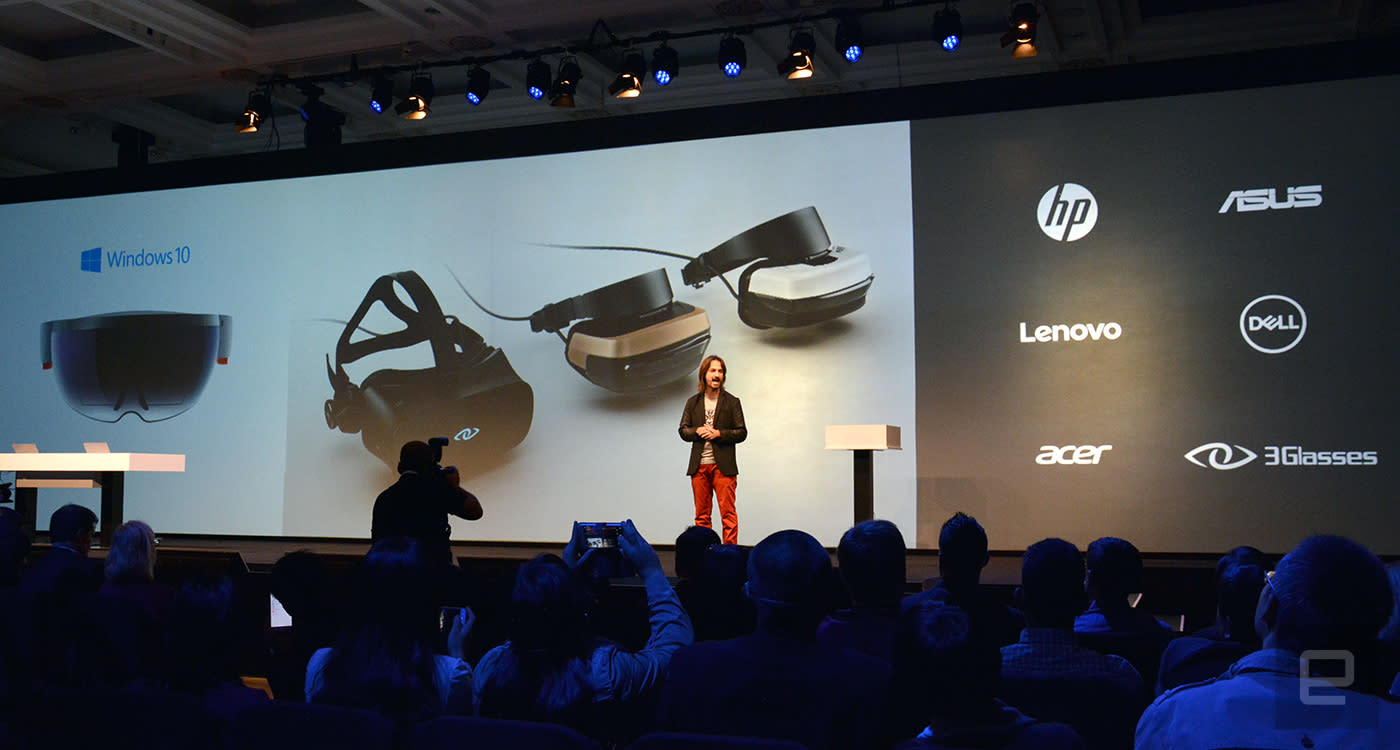 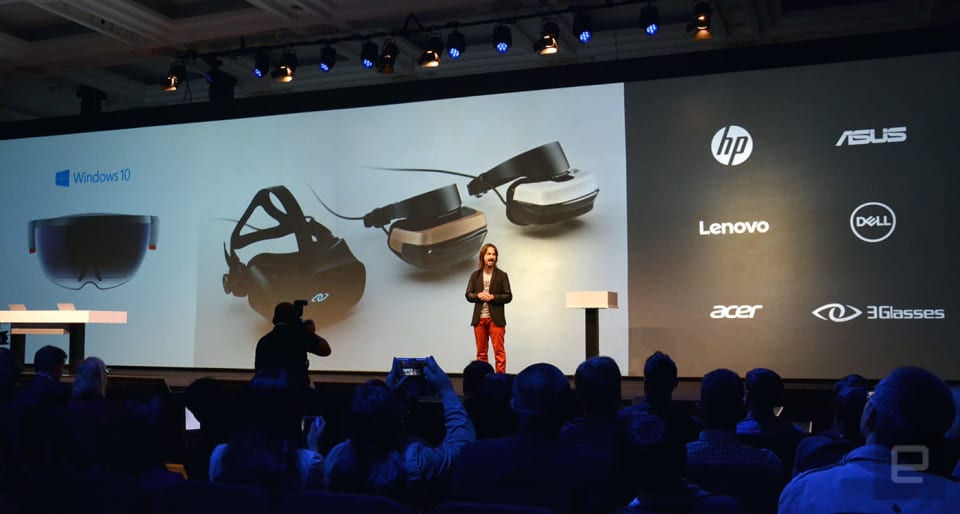 Ever since Microsoft announced earlier this year that it would be opening up its Windows Holographic platform to other device makers, the company has been an intriguing presence in the world of virtual and augmented reality (or "mixed reality," as it's fond of saying). After all, Microsoft could offer some healthy competition to the likes of Oculus and HTC, which launched their own VR headsets and platforms this year. Today at the WinHEC conference in Shenzen, the company is finally giving us a clearer sense of how it plans to bring mixed reality to more consumers.

For one, it's finally revealing the official system specifications you'll need to run the $300 Windows 10 VR headsets, which will be built by the likes of Dell, HP and Lenovo. At a minimum, you'll need an Intel Core i5 CPU with Hyperthreading, 8GB of RAM, USB 3.0, HDMI or DisplayPort connections that support at least 2,880 by 1,440 resolutions at 90 Hz, and an Intel HD Graphics 620 chipset or a DirectX 12-compatible graphics card.

That's mostly on par with the specs hinted at by the "Windows Holographic Test Run" app last month, though notably that listed 4GB of RAM as a minimum requirement. Both the Oculus Rift and HTC Vive have similar requirements, but they demand mid-range GPUs (and curiously 4GB less RAM than Microsoft). Microsoft will also make dev kits for the Windows Holographics headsets available at the Game Developers Conference in February.

Alex Kipman, the creator of HoloLens, describes the $300 headsets as "mid-range" devices that'll detect six degrees of motion, a similar experience to what you get with the Oculus Rift and HTC Vive. As for truly high-end VR experiences, Microsoft also announced a partnership with the Chinese headset maker 3Glasses, which will offer Windows Holographic on its S1 device in the first half of next year. The S1 looks similar to the Rift and Vive, but it sports two independent 2K display panels and a faster 120Hz refresh rate. Technically, that means it should deliver a smoother and sharper VR experience than the competition, but of course other factors also weigh in heavily in VR, especially ergonomics.

As for HoloLens itself, Kipman says Microsoft is working on making it available in China. The company has just submitted the headset for government approval, and he has "every expectation" that Chinese consumers will be able to get their hands on it in the first half of 2017. Perhaps more interesting than the HoloLens itself, though, is seeing how other companies remix the technology in different ways. Back in June, Microsoft's Windows and Devices group head Terry Myerson told us a consumer version of HoloLens "may come from us, or it may come from a partner, and either way that's fantastic."

Microsoft and Intel are also partnering on "Project Evo," an initiative to bring together their many PC offerings to deliver systems that will support things like 4K gaming, far-field microphones, smooth mixed-reality experiences and security features like Windows Hello. It all sounds pretty amorphous -- haven't they been trying to build these things into PCs for a while? -- but hopefully it could lead to more fully featured PCs of all shapes and sizes. Most intriguingly, Intel also plans to have its integrated HD Graphics chipsets supporting mixed reality by the end of next year, according to its consumer head Navin Shenoy. That means we could see mid-range VR-ready laptops sometime in 2017.

In this article: av, gadgetry, gadgets, gaming, gear, microsoft, mixedreality, virtualreality, VR, wearables, Windows10, WindowsHolographic
All products recommended by Engadget are selected by our editorial team, independent of our parent company. Some of our stories include affiliate links. If you buy something through one of these links, we may earn an affiliate commission.