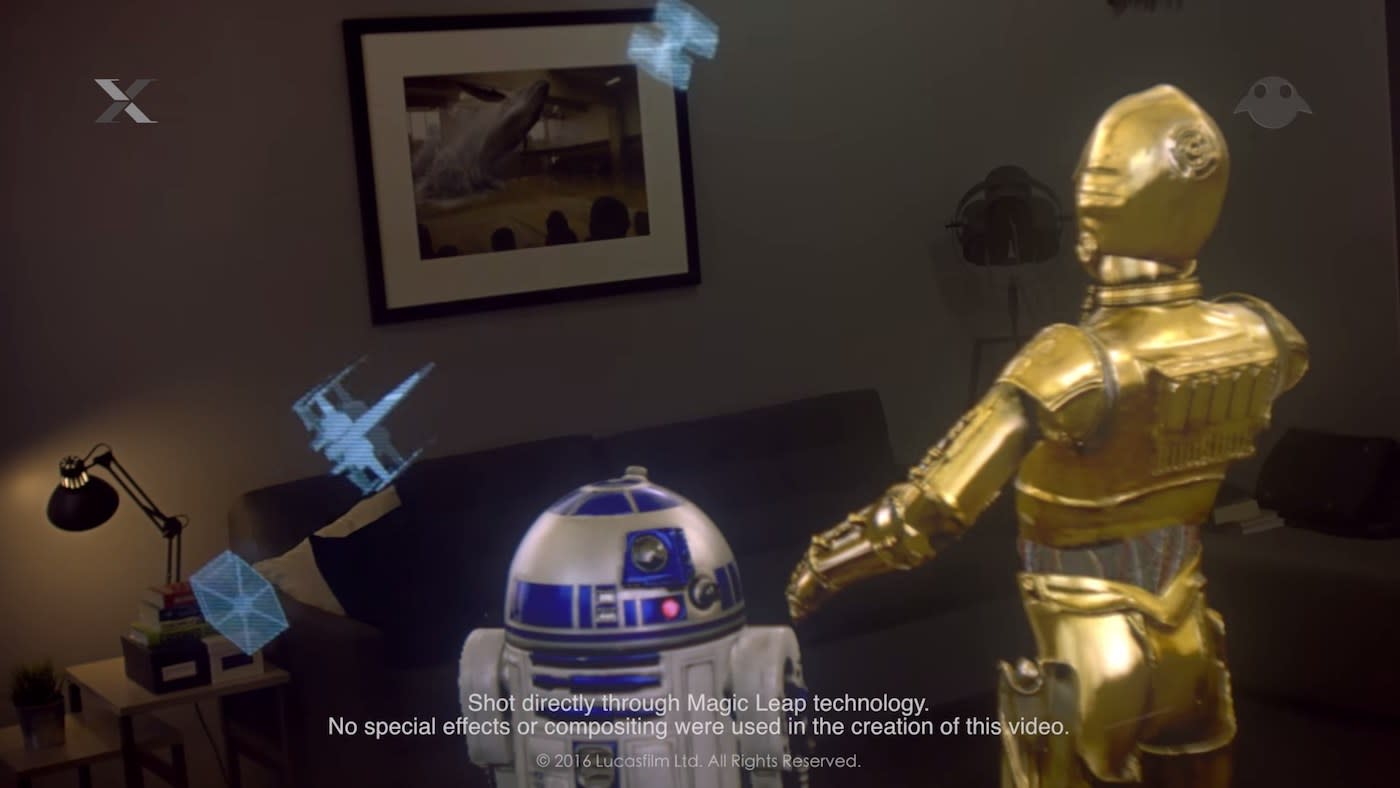 After yesterday's report by The Information blew away some of the smoke surrounding Magic Leap, its CEO has responded. In a series of tweets over the last day and a blog post, Rony Abovitz still didn't directly counter the article, or provide technical details on his company's upcoming product. He did say that its first "PEQ (Product Equivalent) build of our target form factor" has been completed and that it's about to begin a larger production run.

According to The Information, however, as Magic Leap has had trouble developing a wearable version of its fiber scanning display tech, the PEQ is using something else. The company has not said what projection technology is at work, but the report put it as something closer to what we've seen already from HoloLens.

In tweets, Abovitz called the company's first system "small sleek and cool," comparing it to comically-larger initial test rigs. He also doubled down on that initial video, saying that not only will "everyone - skeptics and friends alike - will be able to try Magic Leap for themselves" but that they will also be able to play the game shown: Dr. Grordbort's Invaders.

There's a lot of bluster, but very little fact and no hardware to show so far. Hopefully that changes soon.

To a few of the grumpy mouse tech blogger writers: you too will get to play the real thing when we ship

For our launch: everyone - skeptics and friends alike - will be able to try Magic Leap for themselves

In this article: AR, AugmentedReality, entertainment, gadgetry, gadgets, gear, Hololens, MagicLeap, RonyAbovitz, video, VR
All products recommended by Engadget are selected by our editorial team, independent of our parent company. Some of our stories include affiliate links. If you buy something through one of these links, we may earn an affiliate commission.