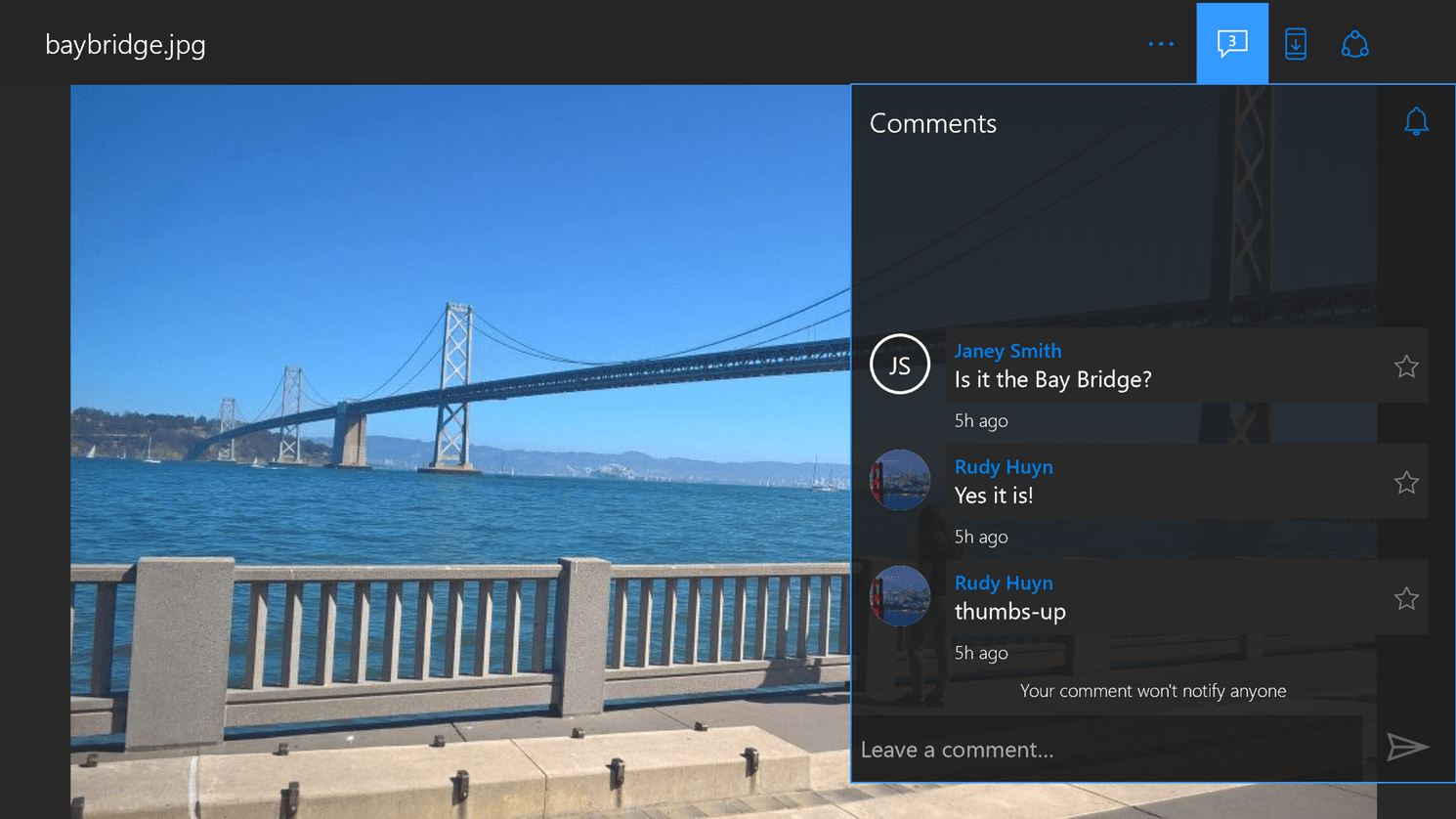 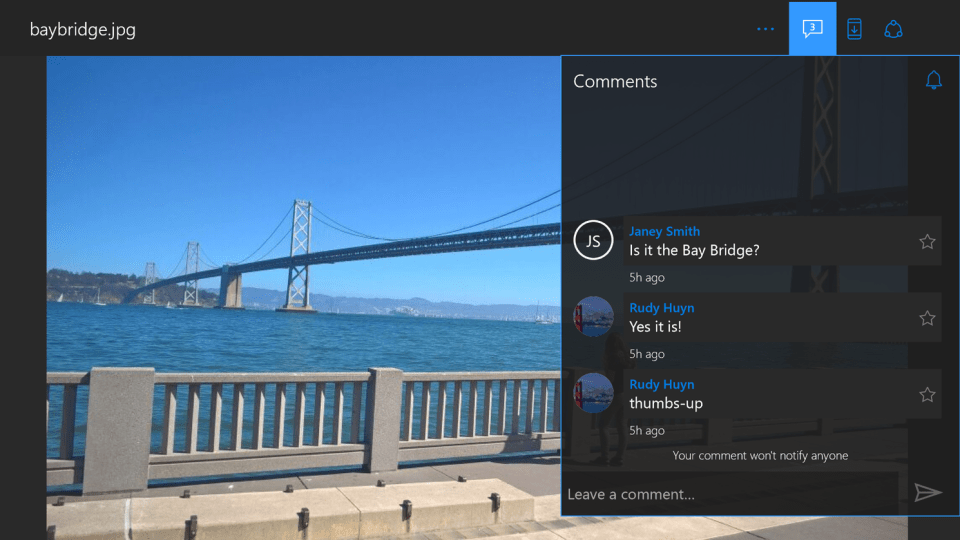 Dropbox has long said it wants to be available on whichever platforms people use to get things done. That's why it has done so much to integrate with Microsoft Office over the years, for example. But the latest place you'll find Dropbox is nonetheless unexpected: The company just launched an app for the Xbox One.

Sure, the Xbox One is, at its core, a Windows 10 computer you hook up to your TV, but it's still surprising to see a productivity app all about sharing your files show up there. However, Dropbox doesn't think users will be collaborating on Office docs through their TVs. Dropbox has come up with a few features that make sense for the platform. "We wanted to solve an issue that we all have: making it easy to access and share your content from the biggest screen in your house," Dropbox staff engineer Rudy Huyn said in an email. "That meant giving users the ability to access files without the need to plug in an HDMI cord or connect to their laptop."

Once logged in, you can upload screenshots and pictures taken with Kinect straight to your Dropbox. You can also stream any video files in your Dropbox to the Xbox One -- something that'll definitely be handy for those of us who have a large video library but no seamless way to play it on the big screen. You can also upload files from USB drives connected to the Xbox One or upload files from other universal Windows 10 apps you may be running on your console. And other applications (Dropbox specifically mentioned VLC) can see flies in your account and access them.

The rather unusual project was born at Dropbox's annual hack week, when the entire company takes five days to build and show off a wide variety of projects. Some have nothing to do with actual shipping projects, but many others end up making their way into Dropbox in one way or another. "At this year's event, one of our engineers decided to prototype the app, and demo'd it to other Dropboxers, showing how we can bring a new Dropbox user interface within Xbox that is optimized for TV screens and for gamepad navigation," Huyn said.

And it turns out this wasn't just a random pet project but something users were asking for in Dropbox's support channels and on social media. "Given what we heard from our users, we knew that there was demand for this app, and so we decided to make it available to everyone as a full-blown offering."

As for the development process, the universal nature of Windows 10 made it fairly simple. "The simplicity of building this app is part of why we decided to transform the prototype into a real product," Huyn said. "A big reason that it was so easy to build is that Microsoft makes it easy to develop applications for Windows 10." But the Dropbox team still had to change a number of things to make this work, as the user interface naturally needs to be different when dealing with an Xbox controller and a TV 10 feet away. Specifically, Huyn noted that the difference in how TVs display colors compared to monitors necessitated a new, darker theme with more contrast "to make the app easier on our users' eyes."

There are benefits to having Dropbox on the Xbox One that should extend to app developers as well as your average console owner. "We heard from Xbox developers that they needed a file explorer on Xbox that allowed them to access their files for the cloud, because many of the apps that they were building were useless without having access to files," Huyn said. "Now developers can easily access files stored directly in Dropbox."

Of course, Microsoft's own OneDrive has been available on the Xbox One for some time now, but millions of people are using the service, so giving them an option to easily get their files on the Xbox is a smart move, even if it'll likely be something of a niche app. If you want to give it a shot yourself, the app is live today in the Xbox Store.

In this article: dropbox, dropboxforwindows10, dropboxforxbox, gaming, microsoft, personal computing, personalcomputing, services, windows10, xboxone
All products recommended by Engadget are selected by our editorial team, independent of our parent company. Some of our stories include affiliate links. If you buy something through one of these links, we may earn an affiliate commission.