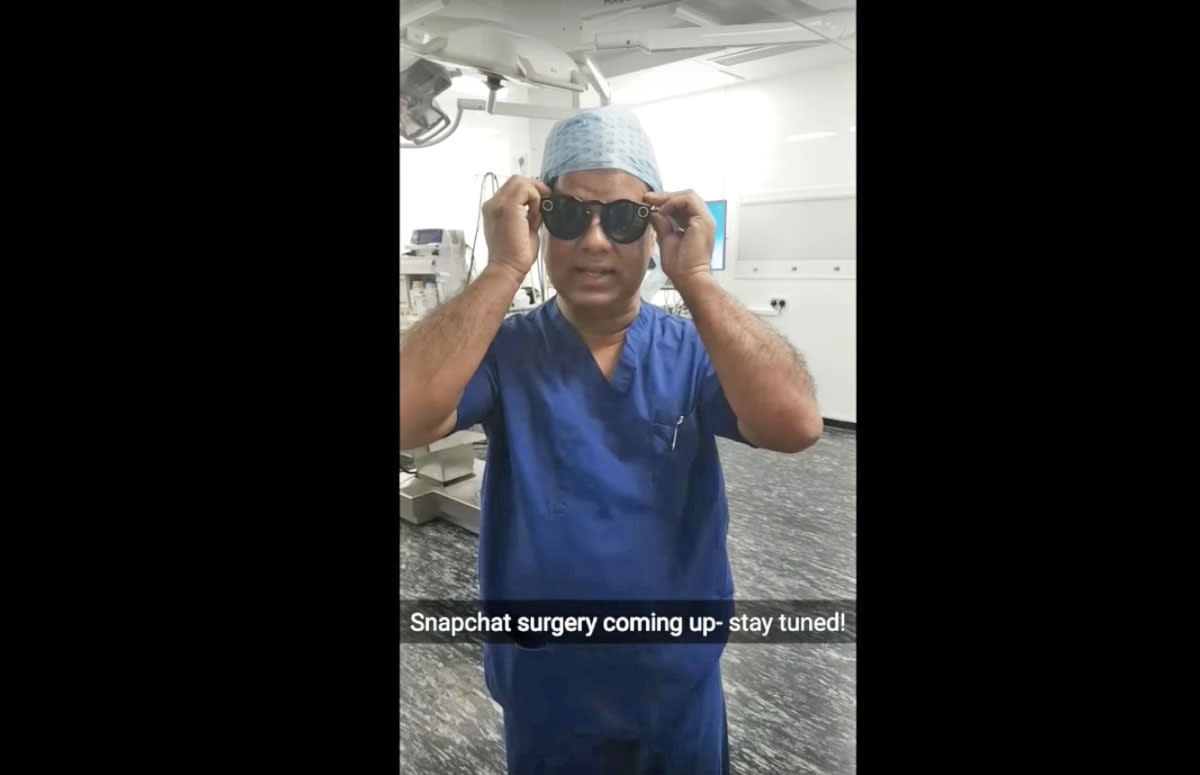 UK-based teaching surgeon Dr. Shafi Ahmed -- the man who previously brought you surgery livestreamed in VR -- has repeated a similar feat in a slightly smaller format. After hearing about Snapchat Spectacles, Dr. Ahmed told the BBC that he saw an opportunity to "use cutting-edge technology in relatively low-cost gadgets to teach people everywhere."

"I'm always looking for ways to develop my teaching, especially using wearable technology," Dr. Ahmed explained further. "When I saw the Snap spectacles, I asked friends in New York to buy some and send them to me immediately."

Because Spectacles only record 10 seconds of video at a time, a consultant had to be present to keep hitting record while Dr. Ahmed performed the routine hernia repair. But rather than recording or livestreaming the entire surgery, Dr. Ahmed says he carefully planned out which clips he would record and post in order to demonstrate the procedure to his initial audience of around 200 medical students. While the clips were posted to Snapchat live during the surgery, they've been archived on YouTube for future generations to study as an important artifact of 21st century medicine:

Dr. Ahmed is no stranger to new technology in the operating room: in addition to his VR and Snapchat procedures, he previously made headlines by performing surgery while wearing Google Glass. In fact, this wasn't even the first time he's operated with tinted lenses. On that point, Dr. Ahmed says the shades actually didn't restrict him at all and the surgery itself was superficial anyhow, but he still plans to swap in some aftermarket clear lenses before putting them to use on the next procedure.

In this article: culture, drshafiahmed, livestreaming, medicine, snapchat, spectacles, surgery, wearables
All products recommended by Engadget are selected by our editorial team, independent of our parent company. Some of our stories include affiliate links. If you buy something through one of these links, we may earn an affiliate commission.