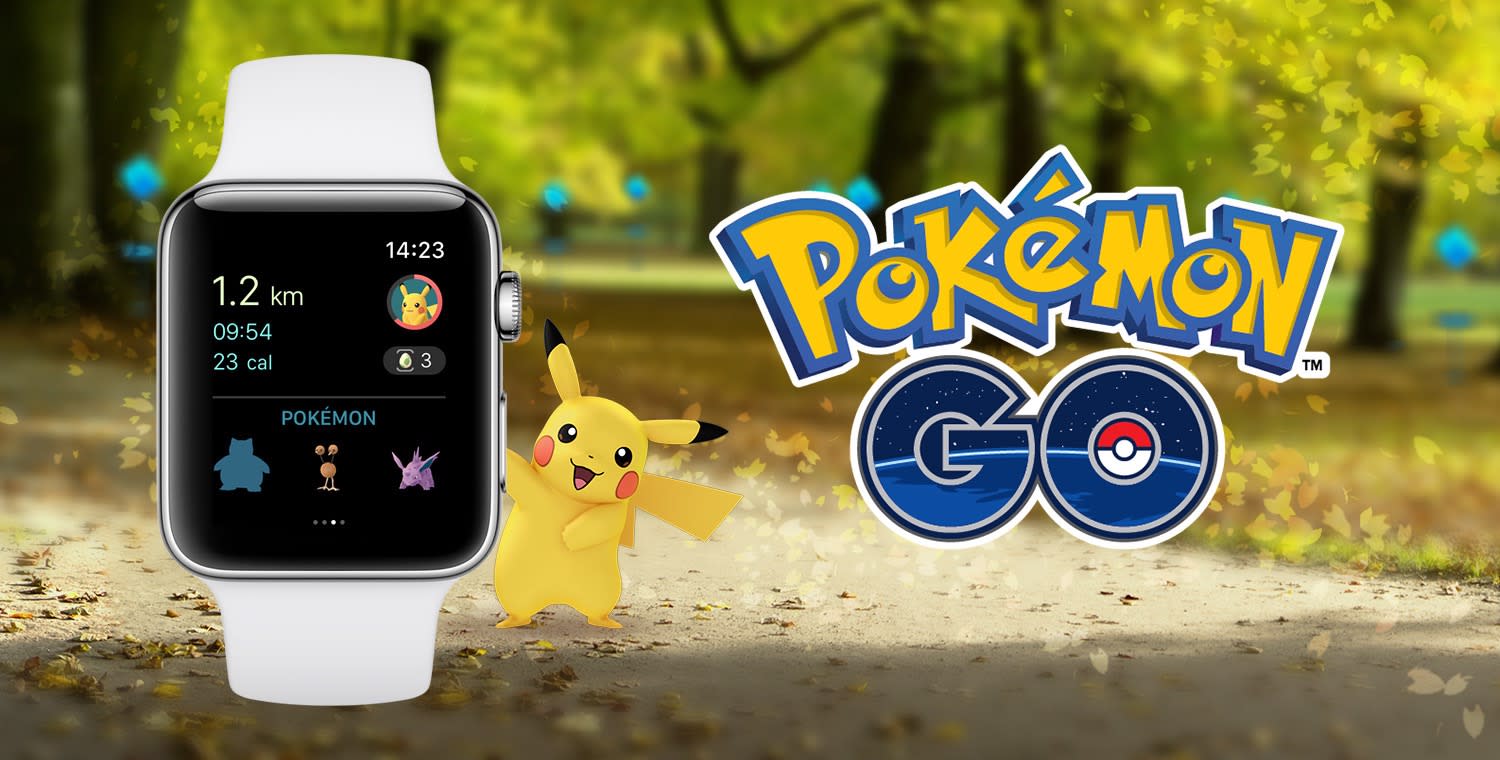 Pokémon Go has made its way to the Apple Watch, enabling trainers to receive notifications right on their wrists about nearby Pokémon, PokéStops, eggs and medals. Players are even able to collect goodies from PokéStops directly via the Apple Watch. This latest version of Pokémon Go also lets users log each gameplay session as a workout that counts toward their Apple Watch Activity rings, and it displays the distance traveled toward hatching an egg and receiving Candy for Buddy Pokémon.

One thing the Pokémon Go Apple Watch app can't do is actually catch Pokémon. The Apple Watch activates if there's a Pokémon nearby, but players need to pull out their iPhones to actually capture the creatures.

Niantic revealed the Apple Watch version of Pokémon Go back in September. That's before the Pokémon Go Plus bracelet came out -- it's the $35 wearable that functions like a low-tech version of the Apple Watch app, alerting players when they're near Pokémon and allowing them to collect items from PokéStops. The Plus accessory does have one advantage over the Apple Watch: It lets players attempt to catch Pokémon directly from the bracelet, though the device doesn't say which type or level the creature is and you're only given one shot with a standard Poké Ball.

Niantic recently added new Pokémon from the Gold and Silver games to Pokémon Go, plus it threw in a Santa-hat-wearing Pikachu that's only available to find and catch through December 29th.

In this article: apple, AppleWatch, av, gaming, niantic, NianticLabs, personal computing, personalcomputing, pokemongo, wearables
All products recommended by Engadget are selected by our editorial team, independent of our parent company. Some of our stories include affiliate links. If you buy something through one of these links, we may earn an affiliate commission.