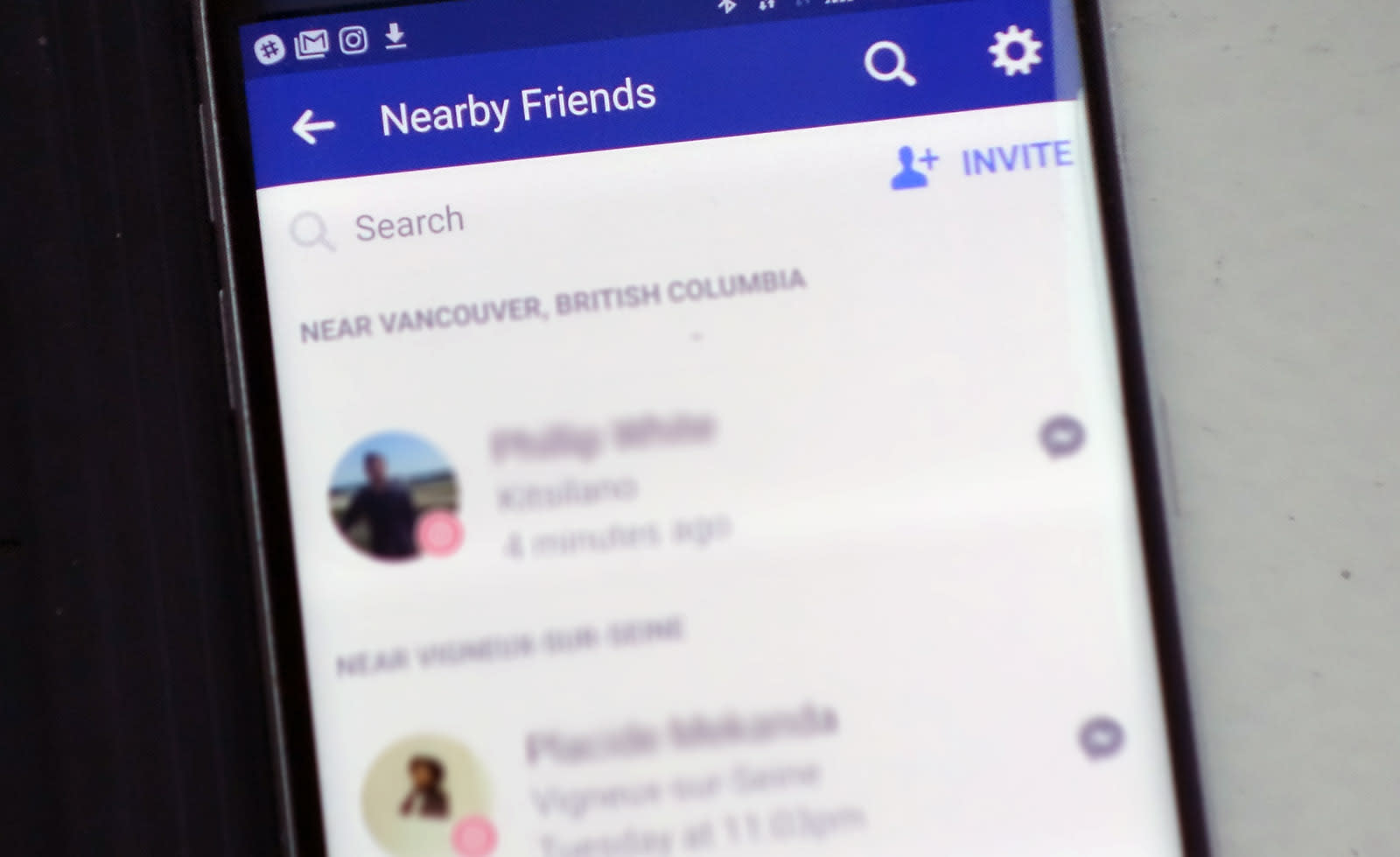 Facebook is making some significant changes to its Nearby Friends feature that lets you see where pals are, Techcrunch has noticed. Most significantly, it has eliminated the precise tracking feature that tells you exactly where friends are by pinpointing them on a map. Now, you can only see them in a list along with an approximate distance away. While the original feature made it easy to check someone's progress or tell you when they arrive, for instance, it's also a bit of a privacy nightmare if you forget to turn it off.

With the change, Facebook appears to have moved Nearby Friends to a more prominent place on the front page, rather than being buried in the "More" section. Facebook is also ushering in a new feature called Wave, spotted earlier this month by Adweek and others. If you see someone in Nearby Friends, you can send a Wave to let them know you're around. Much like with a Poke, if that party is interested, they can message you back to arrange a meetup. "This is meant to give people more ways to express themselves and help friends interact with one another in new fun and lightweight ways," a Facebook spokesperson said at the time.

Despite losing the map the new tweaks mean that the Nearby Friends feature, which most folks probably don't even know exists, has gained some prominence on the social network. It's another way Facebook can make functions seen in other apps -- like Down to Lunch, in this case -- more useful because of its billion-plus user base.

In this article: entertainment, facebook, Foursquare, internet, Location, Maps, NearbyFriends, Wave
All products recommended by Engadget are selected by our editorial team, independent of our parent company. Some of our stories include affiliate links. If you buy something through one of these links, we may earn an affiliate commission.