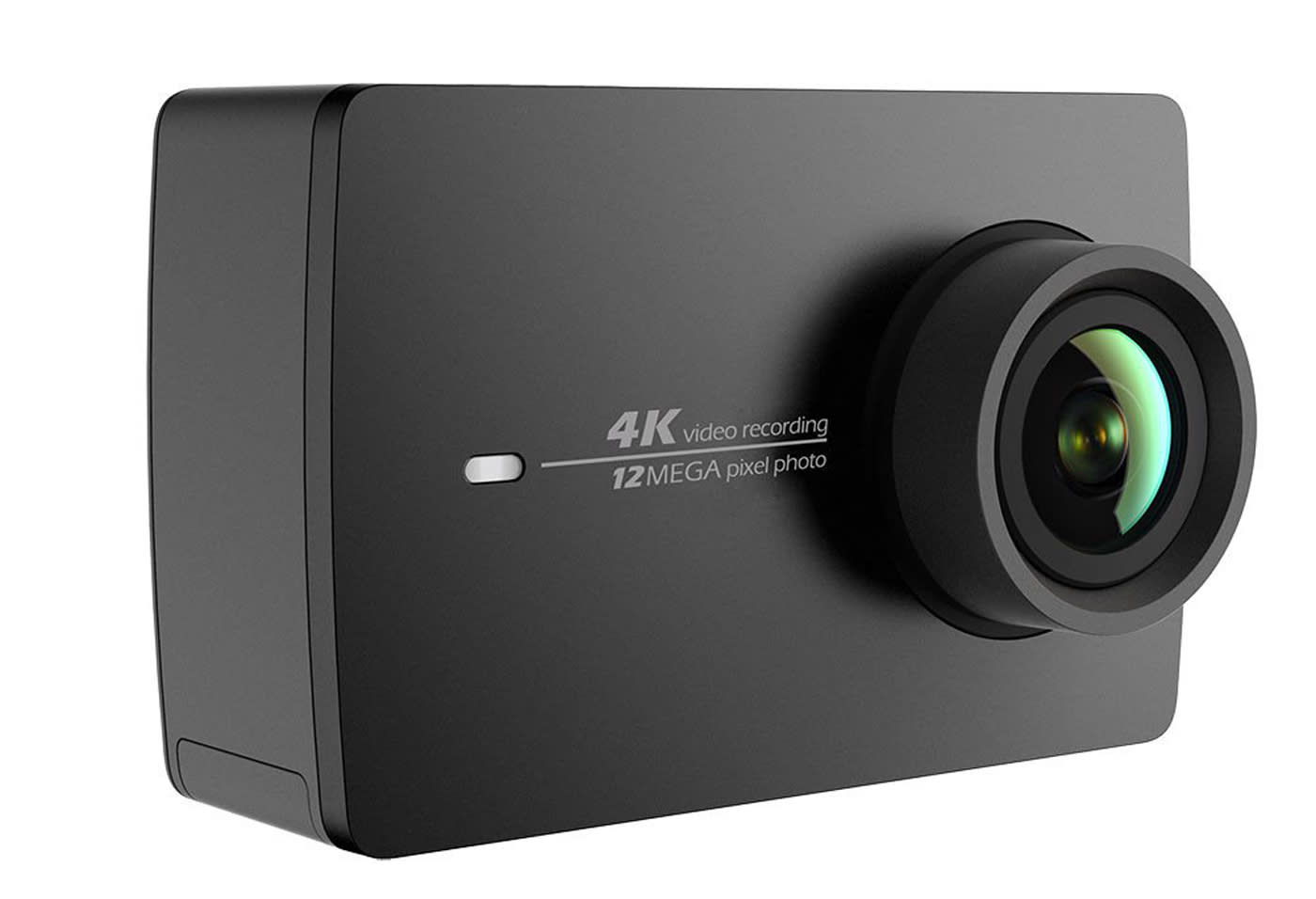 Action cameras get more impressive with each generation, but 4K support has always been a bit shaky. So far, the best cameras on the market have only been able to shoot in UHD footage at 15-30 fps, forcing users to step down to 2.7K resolutions for a smoother experience. Next month, that could change: Xiaomi-backed GoPro competitor Yi has just announced that it will reveal a new action cam at CES 2017 that can shoot 4K video at 60 frames per second.

At a glance, the Yi 4K+ sounds like a modest upgrade of its original 4K action camera -- just with the ability to capture 4K footage at double the framerate of the original. That model included a 2.19-inch display, 2 hours of battery life and the ability to stream video over WiFi. The camera will be revealed along side the company's new Erida drone, which Yi says can reach speeds of up to 75 miles per hour for up to 40 minutes. Specifics on both products are scarce for now, but the company plans to reveal more at CES early next month.

In this article: actioncamera, camera, cameras, ces, ces2017, engadgetirl, gear, gopro, GoProHero, xiaomi, XiaomiYi, yi
All products recommended by Engadget are selected by our editorial team, independent of our parent company. Some of our stories include affiliate links. If you buy something through one of these links, we may earn an affiliate commission.