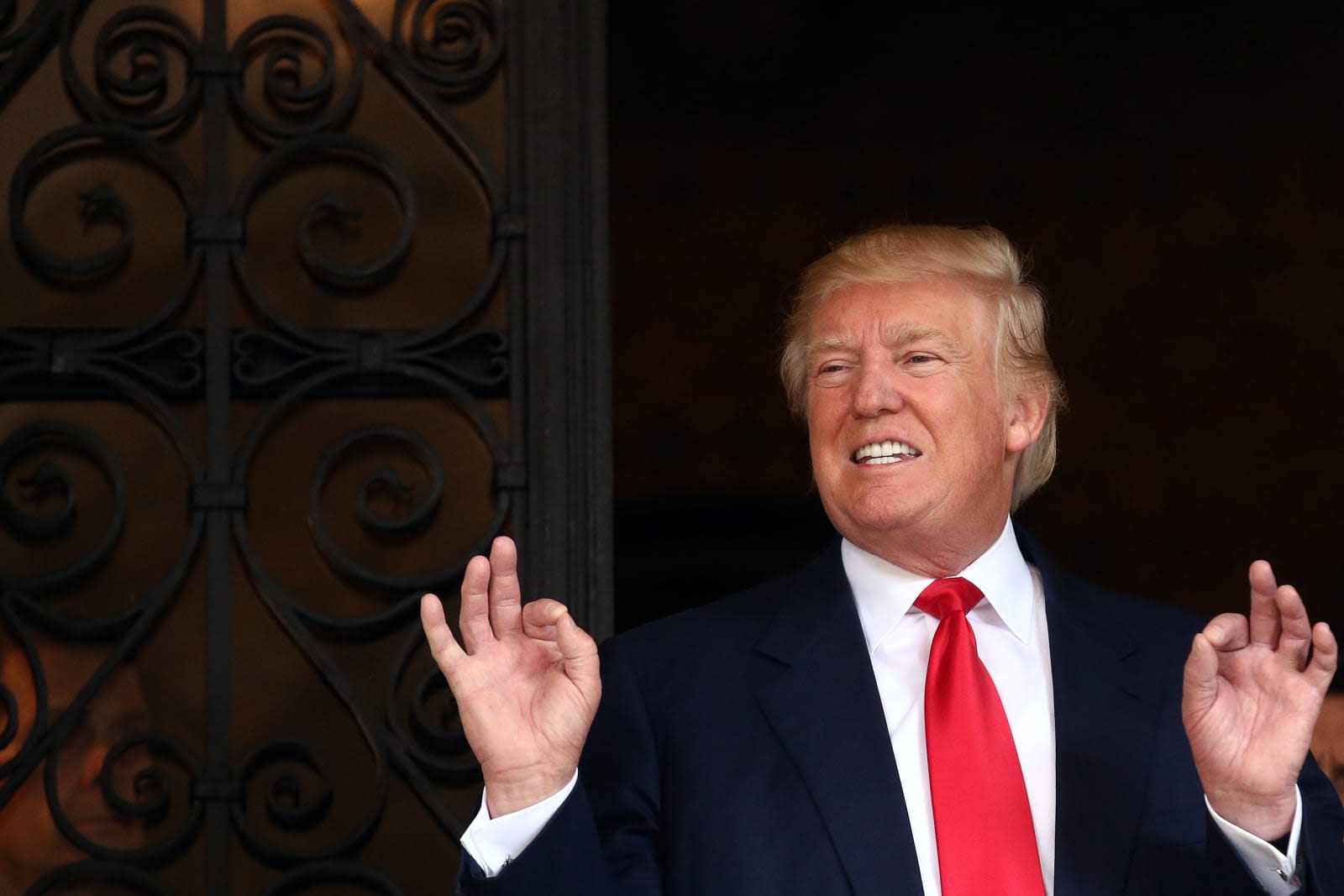 President-elect Donald Trump said he was contacted by Sprint executives today and told that the company was making an investment in domestic jobs, according to Reuters and Bloomberg. "Because of what's happening and the spirit and the hope I was just called by the head people at Sprint and they're going to be bringing 5,000 jobs back to the United States," Trump said outside his Mar-A-Lago resort in Florida. "Masa [Son] and some other people were very much involved with that."

Sprint issued a press release, patting itself on the back for the deal. "We are excited to work with President-Elect Trump and his administration to do our part to drive economic growth and create jobs in the U.S." CEO Marcelo Claure said in the statement.

"We believe it is critical for business and government to partner together to create more job opportunities in the U.S. and ensure prosperity for all Americans."

"I just spoke with the head person," Trump told Bloomberg. "He said because of me they're doing 5,000 jobs in this country."

Here's the problem: Despite what Trump and the press release from Sprint said (and what its CEO recently tweeted), these jobs were part of a previous announcement from Softbank (Sprint's parent company) CEO Masayoshi Son -- not the direct result of working with Trump.

In mid-October, Softbank announced that the company was sinking $100 billion into a tech-investment fund.

"This is part of the 50,000 jobs that Masa previously announced," she said. "This total will be a combination of newly created jobs and bringing some existing jobs back to the U.S."

This is where we are, folks: Our president-elect is tying his name to something he didn't have anything to do with, much like he did with "saving" 1,100 jobs at HVAC company Carrier, including 300 that weren't moving to Mexico in the first place. In November, Trump exaggerated that he stopped Ford from moving a Kentucky production plant to Mexico. In reality Ford announced it wouldn't move production of one model line to Mexico.

The most troubling thing here is that Sprint played along, even though, when pressed, it admitted the claims weren't the result of working with Trump.

In this article: business, culture, donaldtrump, factcheck, factchecking, gear, MasayoshiSon, mobile, politics, sprint
All products recommended by Engadget are selected by our editorial team, independent of our parent company. Some of our stories include affiliate links. If you buy something through one of these links, we may earn an affiliate commission.