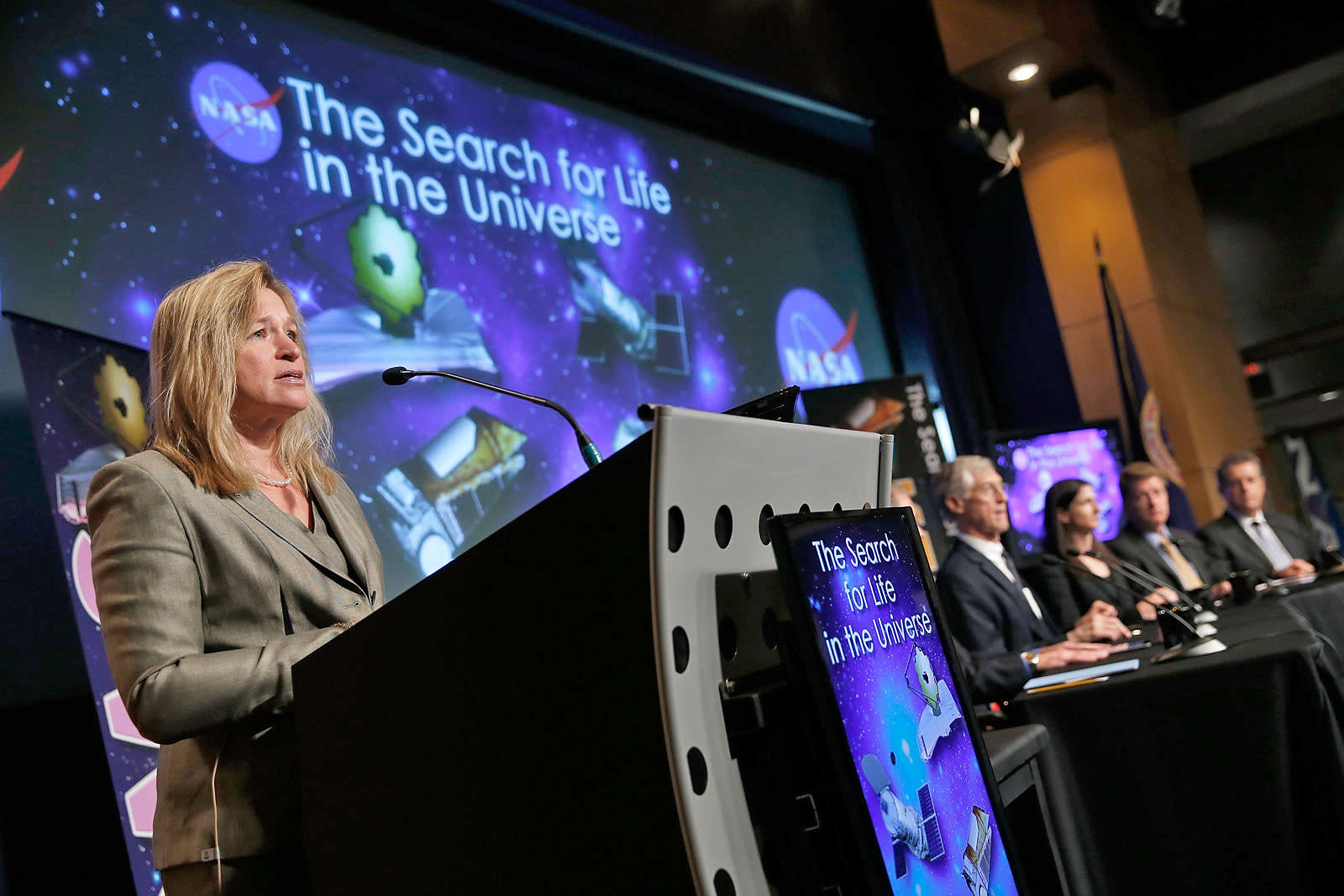 NASA's chief scientist Ellen Stofan is "departing for new adventures" after more than three years in the top advisory position. The planetary geologist, academic and researcher worked with NASA throughout much of the 1990s, returning to the agency in August 2013 for the chief scientist role. In an online exit interview, Stofan said the search for extraterrestrial life is the most exciting scientific endeavor NASA is currently undertaking, whether that eventually be found on Mars, an ocean world like Jupiter's moon Europa, or perhaps one of the many alien planets spotted by the Kepler telescope -- though she admits the geology of Saturn's moon Titan, where it rains methane, fascinates her also.

Stofan has been involved in all manner of exciting projects, such as figuring out how to put humans on Mars, but she's most proud of introducing a system whereby NASA collects voluntary demographic data on all grant proposals. "Implicit or unconscious bias is all around us; we may act on deep-seated biases that we don't even know we have. The first step in dealing with bias is seeing if you have a problem, and that is what the data collection will tell us," she said.

According to Space.com, NASA has yet to come up with any formal succession plan. But, whoever ends up taking the top scientician spot, hopefully they share Stofan's drive to find "definitive evidence" of extraterrestrial life within the next decade or two.

In this article: chiefscientist, ellenstofan, nasa, nasachiefscientist, science, space
All products recommended by Engadget are selected by our editorial team, independent of our parent company. Some of our stories include affiliate links. If you buy something through one of these links, we may earn an affiliate commission.