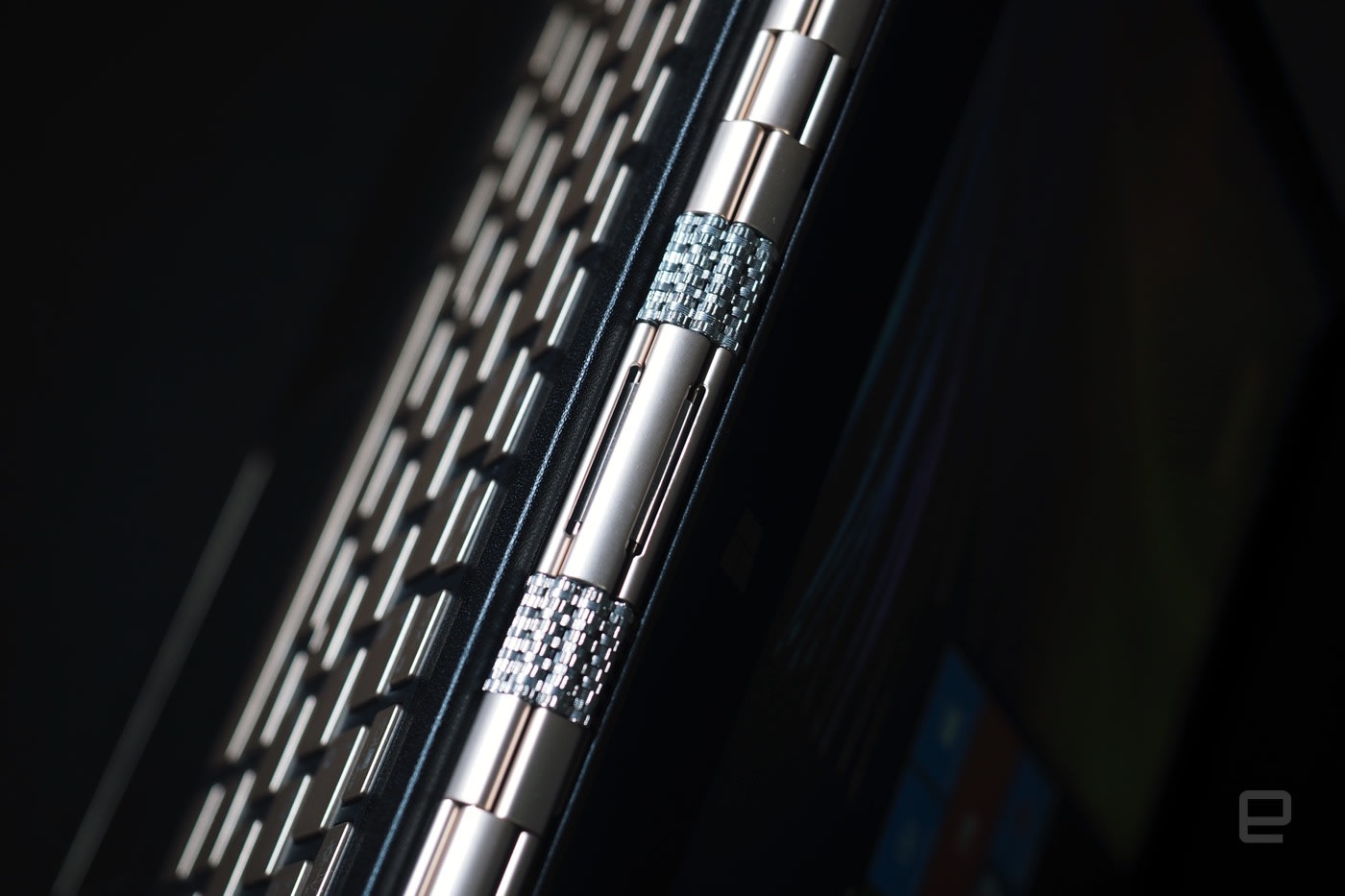 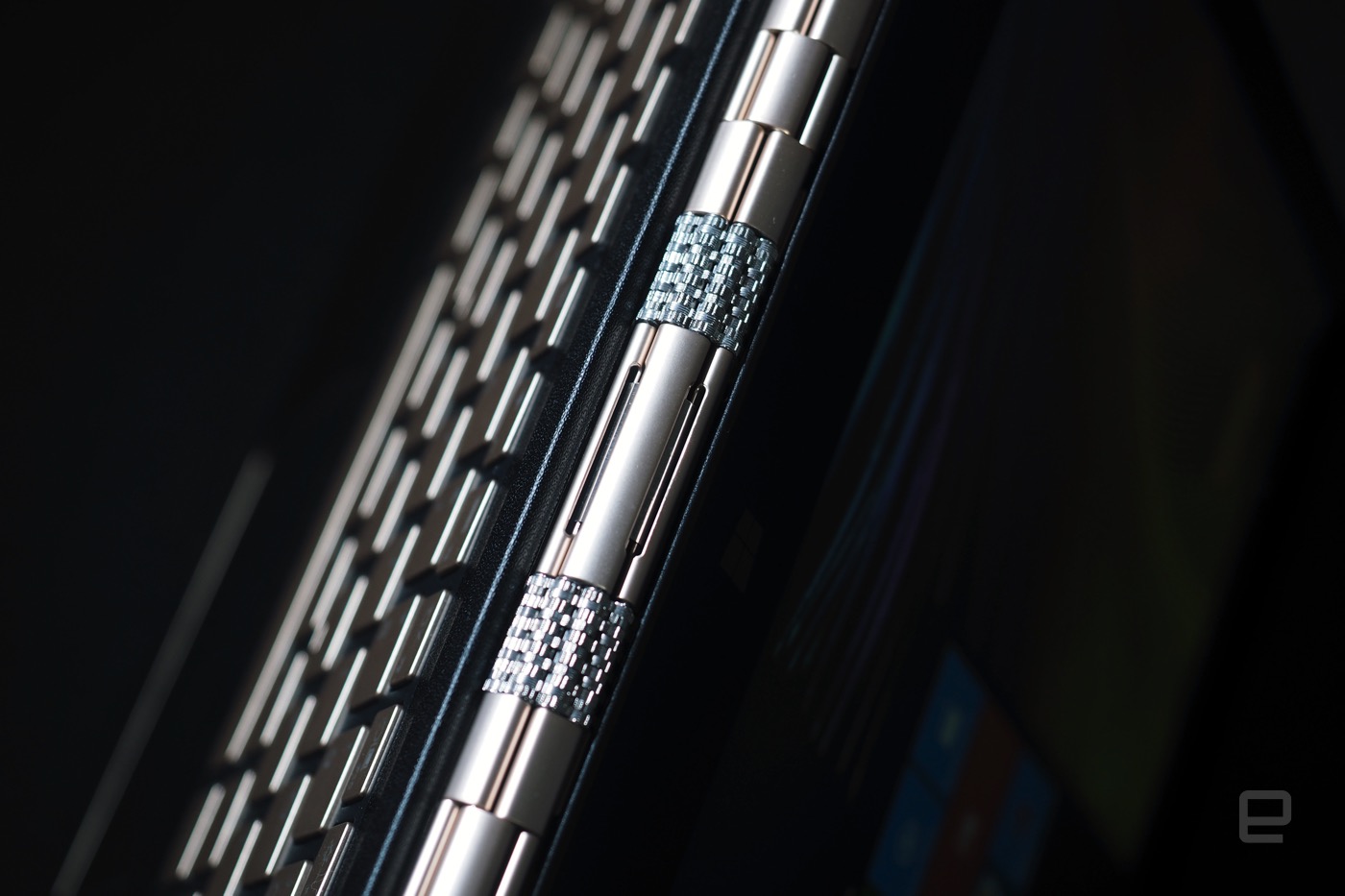 It's that time of year again: Lenovo whips out some impossibly thin and light laptop. Last CES it was a 1.7-pound notebook, and this year it's the Yoga 900s, a half-inch-thick, 2.2-pound machine that Lenovo claims is the world's thinnest convertible laptop. Indeed, I had a chance to handle it in person and it really is absurdly, impressively thin and light. (I know, we always say that. But still.) Before you get too excited, though, it appears that the 12-inch Yoga 900s is the spiritual successor to a machine that ... we didn't like very much. That would be last year's Yoga 3 Pro, a super-slim model that ultimately got a lukewarm review on account of its sluggish performance and mediocre battery life.

The new Yoga 900s is even thinner and lighter, but it too runs on Intel's watered-down Core M processors, which makes me think the performance isn't going to be better. Lenovo says the battery life will be longer (up to 10.5 hours), but that appears to be with a lower-resolution screen, not the QHD (2,560 x 1,440) option. One thing you'll get here that you won't on the Yoga 3 Pro: active pen support. That's something you won't even get on the recent Yoga 900, Lenovo's similar but higher-performing flagship machine. If you can do without the pen support, though, and don't mind a little extra heft, you'll get better performance from the current Yoga 900. Undeterred? The 900s lands in March for $1,099 and up.

That's not the only impressively thin and light machine that Lenovo unveiled today. The company also took the wraps off a more mid-range notebook called the 710s, which keeps its weight (and price) down by forgoing a touchscreen. All told, the 13.3-inch system comes in at 2.6 pounds and half an inch thick. And though it tops out at a fairly middling 1080p screen resolution, it makes up for it with up to a sixth-gen Core i7 processor, Intel Iris graphics and a PCIe SSD. Expect that to ship in July (just in time for back-to-school season), priced from $799.

I saved the least interesting for last. In addition to those two skinny laptops, Lenovo also announced the Ideapad 700, a beefier machine with either a 15- or 17.3-inch 1080p screen and up to a Core i7 processor, 16GB of RAM and optional discrete graphics (a 4GB NVIDIA X950M on the 15-incher and a 4GB X940M on the 17-inch version). Both are offered with up to 1TB in HDD or hybrid storage, or with a PCIe SSD (128GB or 256GB). As you'd expect for models this size, they're not particularly light (5.1 and 5.9 pounds, respectively) and the battery life is relatively short: up to four hours. Look for those in June, starting at $799.

10
In this article: ces2016, gadgetry, gadgets, gear, hands-on, lenovo, personal computing, personalcomputing, timeline16cesdayone
All products recommended by Engadget are selected by our editorial team, independent of our parent company. Some of our stories include affiliate links. If you buy something through one of these links, we may earn an affiliate commission.