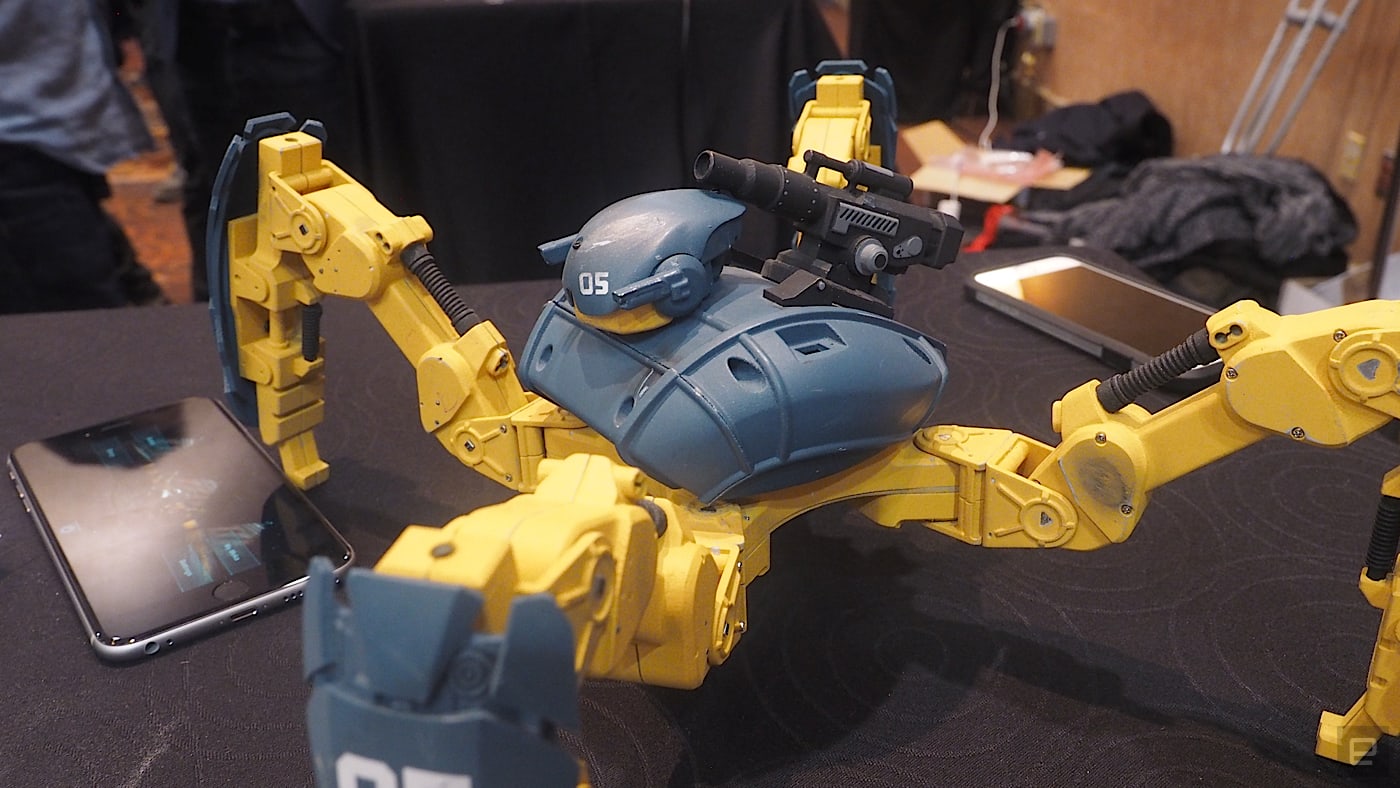 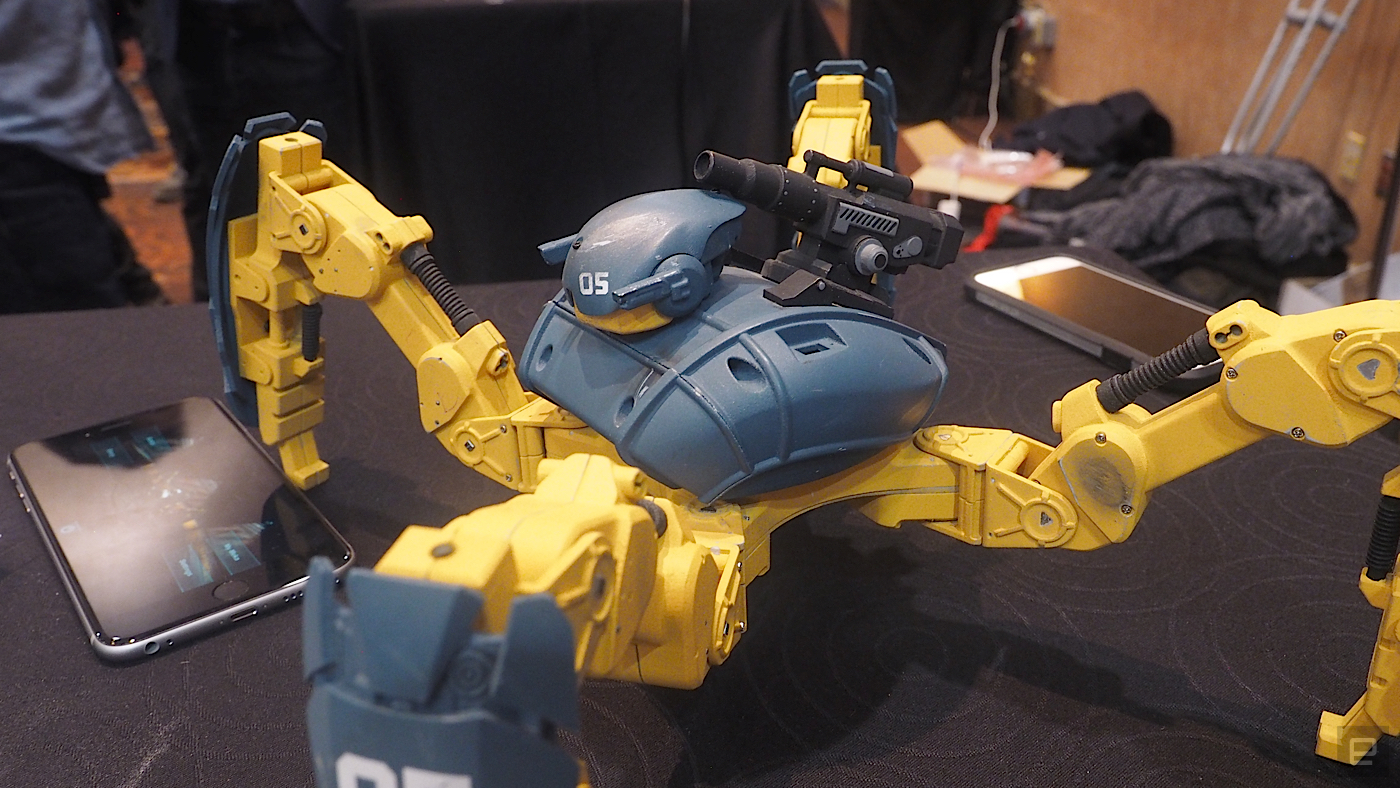 A couple of little four-legged bots could be the future of fighting games. Reach Robotics, a UK-based company, is pushing for mixed reality gaming with modular robots called Mekamons that will face off in the digital and physical worlds. It's building an augmented reality game with these intelligent bots that are capable of launching a full-blown attack on each other. Its existing prototype at CES has infrared, Bluetooth and an in-built compass to help it detect the exact location of an opponent for an accurate attack in a multiplayer game. For now, Reach is using an app to control, arm and level up the bot in a single-player game (the only working format at the event).

It's probably going to be a while before you can bring this robot home, though. The bot-makers hope to turn their idea into a crowdfunding campaign later this year. But if the military-helmet wearing machine lives up to its preview, it could potentially be a coveted battle toy next holiday season. In this article: battle, CES, CES2016, Fighting, gaming, hands-on, mekamon, ReachRobotics, robots
All products recommended by Engadget are selected by our editorial team, independent of our parent company. Some of our stories include affiliate links. If you buy something through one of these links, we may earn an affiliate commission.