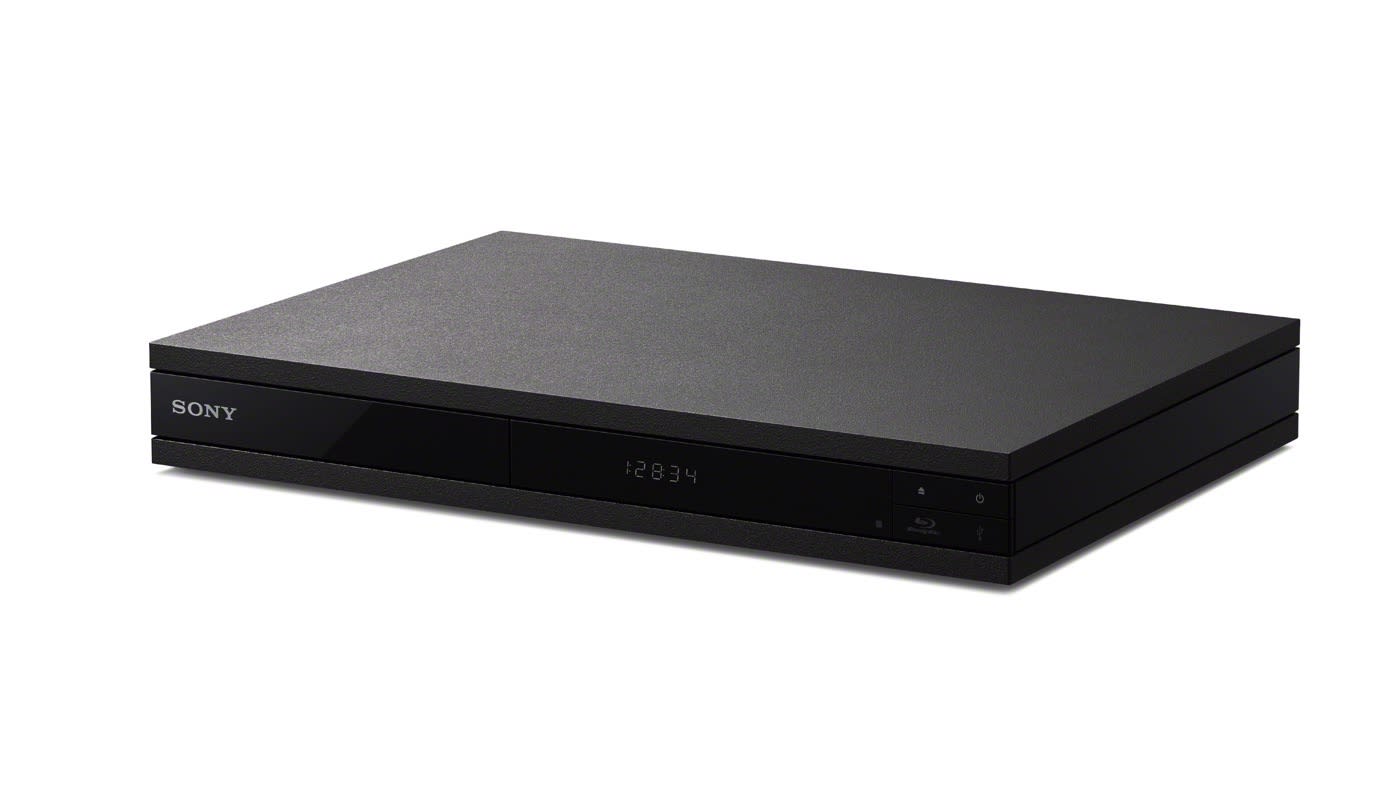 Going into CES, we knew we'd see a number of Ultra HD Blu-ray players. It's no surprise Sony has one of its own: the UHP-H1. Oddly enough the UHP-H1 is not a 4K Blu-ray player -- its main attraction is its focus on audio. The player can be configured to play multi-room audio through Sony's SongPal app or bump songs stored on a USB drive. Its Bluetooth features also makes for easy pairing with speakers or headphones. Other new options include the BDP-S6700, which also packs in Bluetooth and can be arranged in a multi-room speaker setup. What's more, this player can be used to stream video games from PlayStation Now and can accommodate two DualShock 4 controllers. Both the UHP-H1 and BDP-S6700 have tech that upscales high-definition content to 4K resolution for "enhanced viewing." You know, for all of those Blu-ray discs that you already have in your library. No word on pricing for either of these right now, but Sony says they'll be available this spring which lines up nicely with the scheduled arrival of the new Blu-rays themselves.

Correction: this post originally claimed that the UHP-H1 could play high-resolution, 4K Blu-rays, but it turns out that's not accurate. It can only play standard, existing 1080p Blu-ray discs. We apologize for the error.

In this article: 4k, audio, av, blu-ray, bluetooth, bluray, ces2016, entertainment, gear, multiroom, player, sony, timeline16cesdaytwo, uhdblu-ray, uhdbluray
All products recommended by Engadget are selected by our editorial team, independent of our parent company. Some of our stories include affiliate links. If you buy something through one of these links, we may earn an affiliate commission.