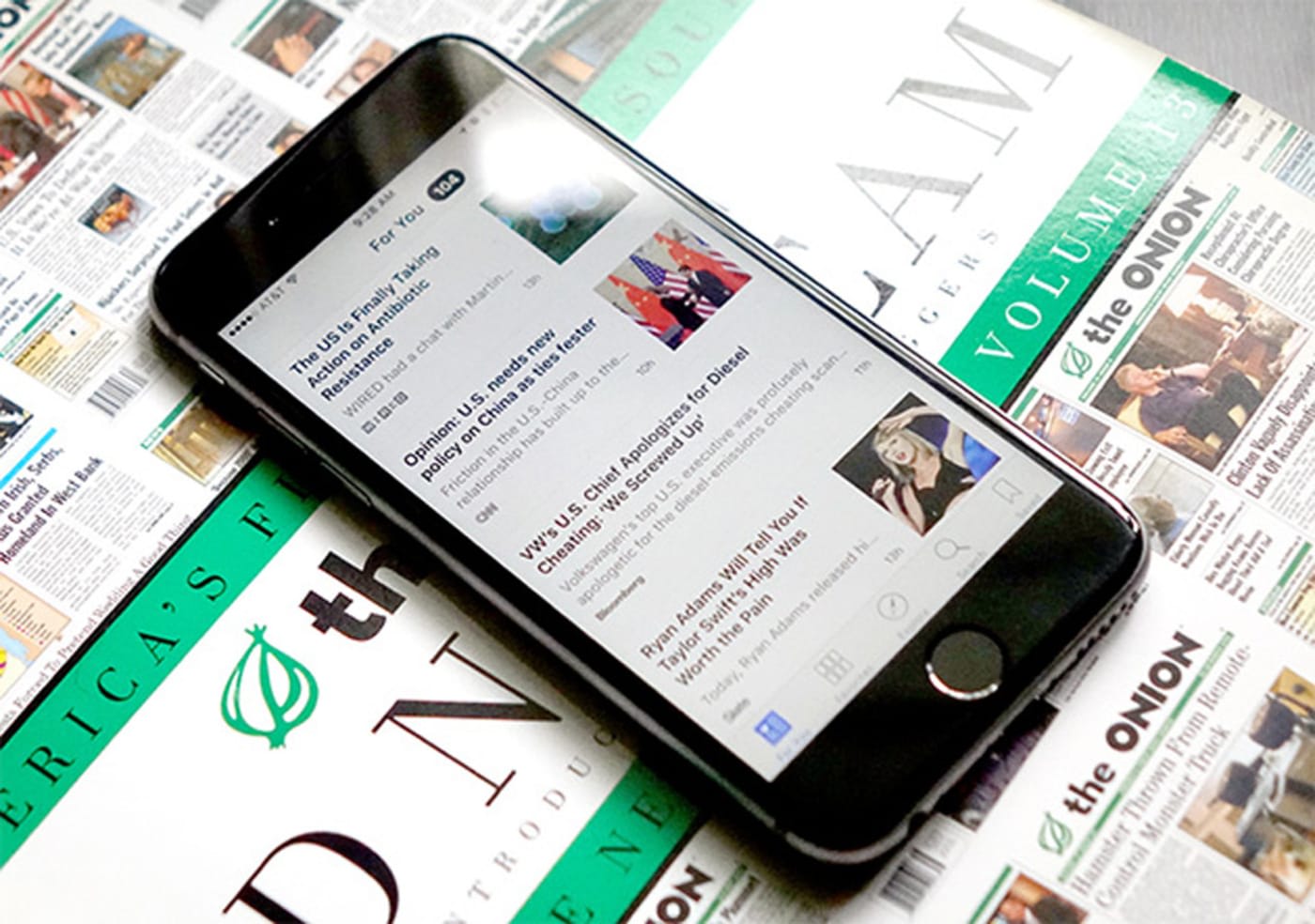 Apple has admitted that it has no idea how many people are using its News app, according to the WSJ. The confession doesn't put the company in too bad a light, because Apple believes it has been undercounting its users. VP Eddy Cue said that, "We don't know what the right number is. We're in the process of fixing that, but our numbers are lower than reality." He added that was better than being too optimistic, but some publishers are concerned. Atlantic Magazine CEO Bob Cohn, for one, said that his organization needs precise figures for Apple's audience, "and that's still an open question."

Tim Cook said that about 40 million users tried Apple News shortly after it launched with iOS 9. However, publishers need to know how many people are using the app regularly, and those stats are missing. The company allows sites to sell their own ads on the app and take 100 percent of the revenue, or use Apple's iAd network, in which case Apple takes a 30 percent cut. Cue said he was surprised about how many publishers are taking the easier road by using iAd, rather than selling ads themselves. If it turns out that a lot more users are reading News than Apple thought, however, they may rethink that strategy.

Source: WSJ
In this article: advertising, apple, AppleNews, EddyCue, entertainment, internet, Publishers, underestimated, Users
All products recommended by Engadget are selected by our editorial team, independent of our parent company. Some of our stories include affiliate links. If you buy something through one of these links, we may earn an affiliate commission.