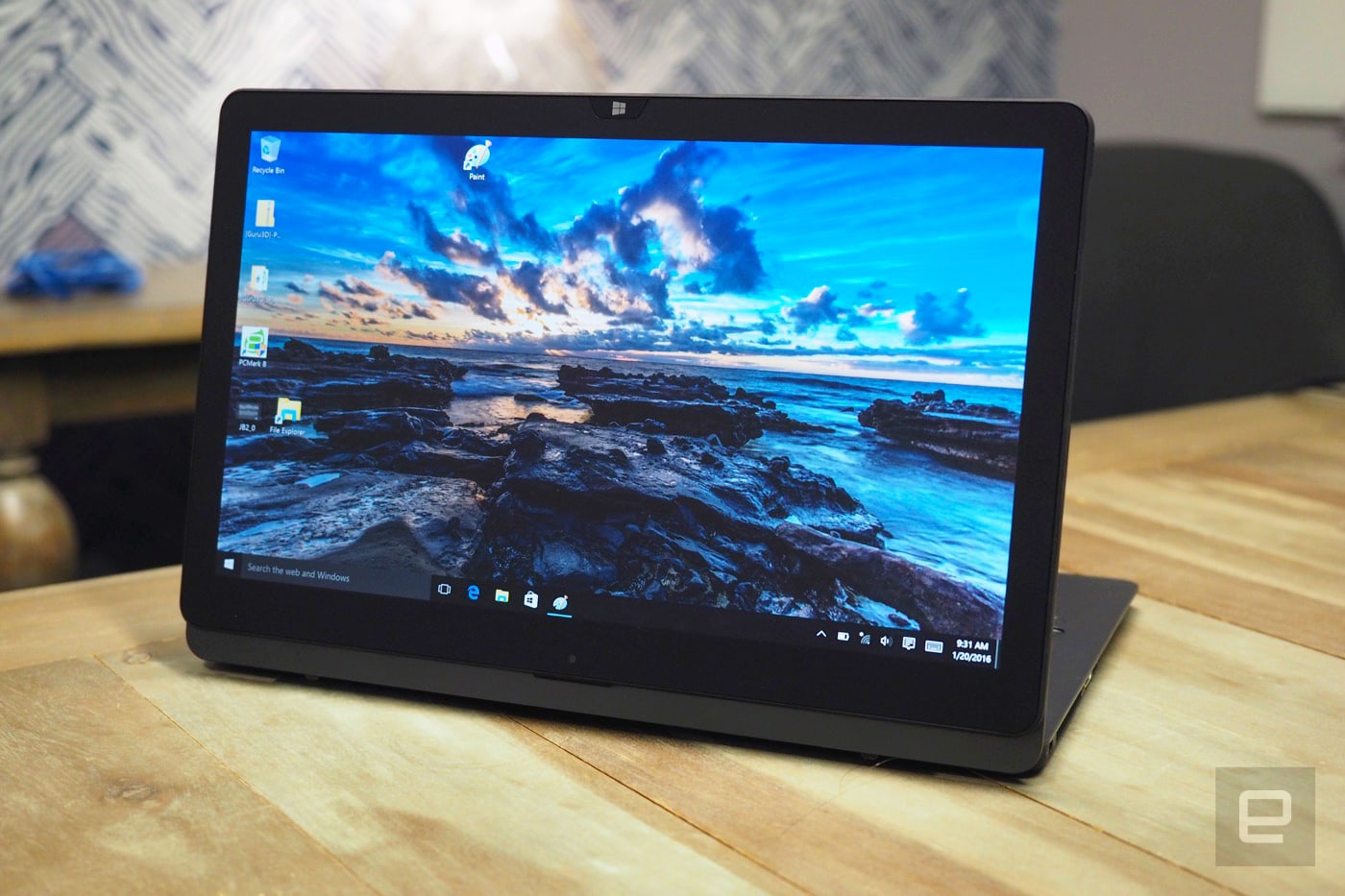 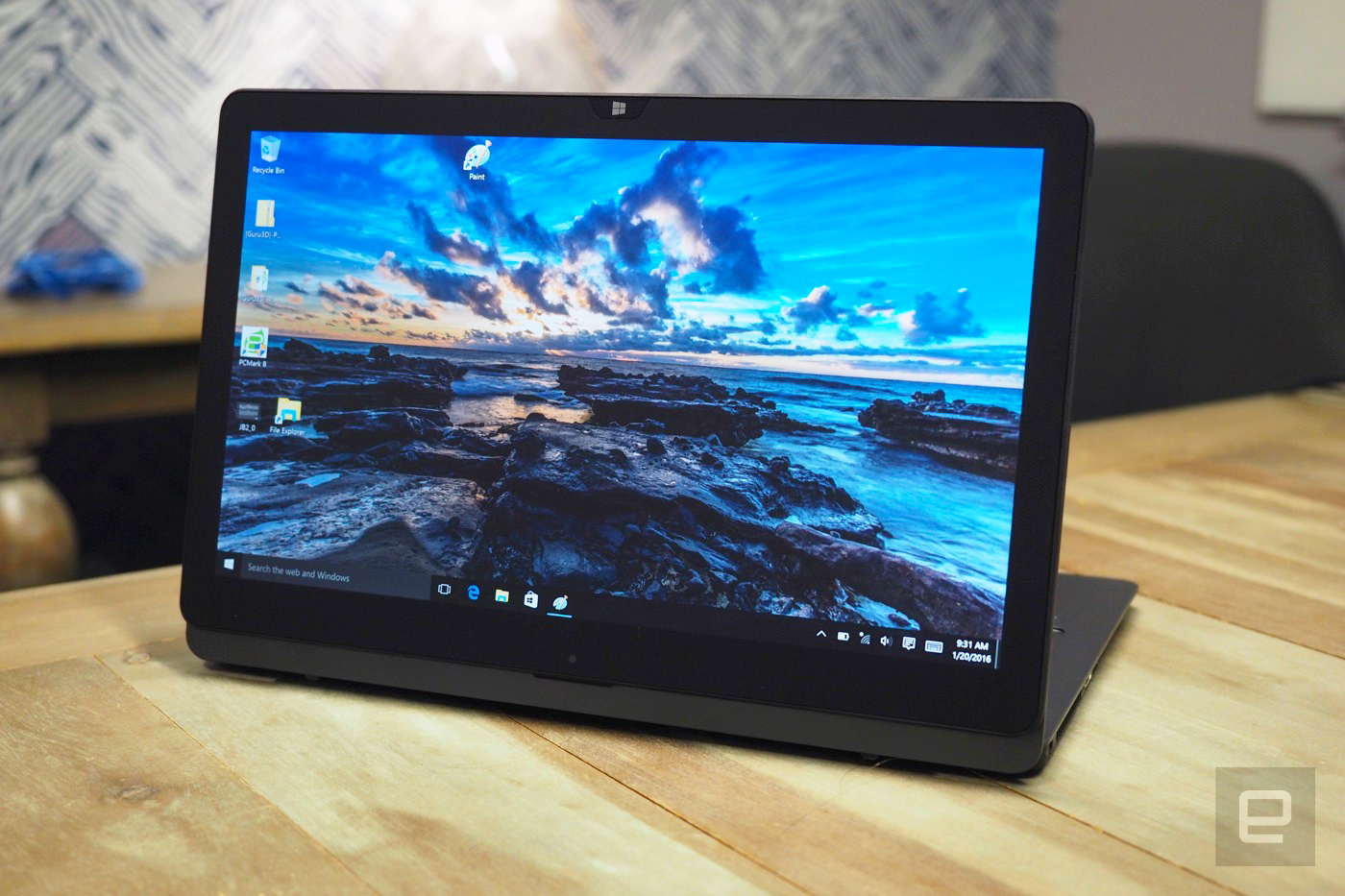 Sony stopped selling laptops two years ago, but you wouldn't know it from looking at the latest VAIOs. Though the company's PC line has new ownership, the machines' design and even naming convention remain the same as when Sony was in charge. Case in point: The VAIO Z and S, both of which are arriving in the US soon, and which attempt to fill the holes left by Sony's earlier VAIO Z and S laptops. As ever, the Z is a halo product, one that puts an emphasis on both thinness and performance. All told, it weighs just 2.9 pounds -- not bad considering it packs both a 13-inch 2,560 x 1,440 touchscreen and a 28-watt Core i5 or i7 processor. Unlike other modern Windows 10 machines, which use a 360-degree hinge to flip the touchscreen back into tablet mode, the Z has a release that allows the screen to flip over the underlying panel -- a design we first saw on Sony's VAIO Flip series from three years ago. To accommodate that hinge, touchscreen and heavier-duty processor inside such a svelte frame, VAIO used a custom, shrunken-down motherboard that makes room for a bigger battery and fans. Speaking of the sort, the Z is said to last 11.5 hours on a charge. It also makes room for 8GB or 16GB of RAM and either a 256GB or 512GB SSD.

On the outside, the design looks quite familiar, with a monochrome aluminum chassis, carbon fiber bottom and a keyboard layout that looks a lot like what Sony used to offer. The designers used Sony's own audio technology too. Heck, even the signature metal VAIO logo and glowing green, side-mounted power button are the same. This time, though, the keyboard has an anti-smudge coating, and the touchpad is crafted from a tough mica stone. The screen also supports pen input, with the same pressure-sensitive pen used on VAIO's "Canvas" Surface Pro competitor.

The Z series will arrive in the US in early February starting at $1,799 with a Core i5 processor. There will also be a lighter, 2.58-pound variant that makes do with a lower-res, 1080p non-touch panel. In exchange, you get not just a lighter design and lower price, but longer battery life: 15.5 hours. Other than that, the internals are the same, as is the design. That version starts at $1,499.

The S series, meanwhile, remains what it always was: more of a mainstream machine, at a more affordable price. Starting at $1,099, you get a 13-inch, Full HD screen, 15-watt Core i-series processors, nine-hour battery, 8GB of RAM, up to a 256GB PCIe SSD and a lot of ports. So many ports. The list includes three USB 3.0 connections, HDMI-out and even RGB. If that's your thing, the S series will arrive here in the states in early March, about a month after the higher-end Z. 20
In this article: gear, hands-on, personal computing, personalcomputing, vaio, VaioS, VaioZ
All products recommended by Engadget are selected by our editorial team, independent of our parent company. Some of our stories include affiliate links. If you buy something through one of these links, we may earn an affiliate commission.