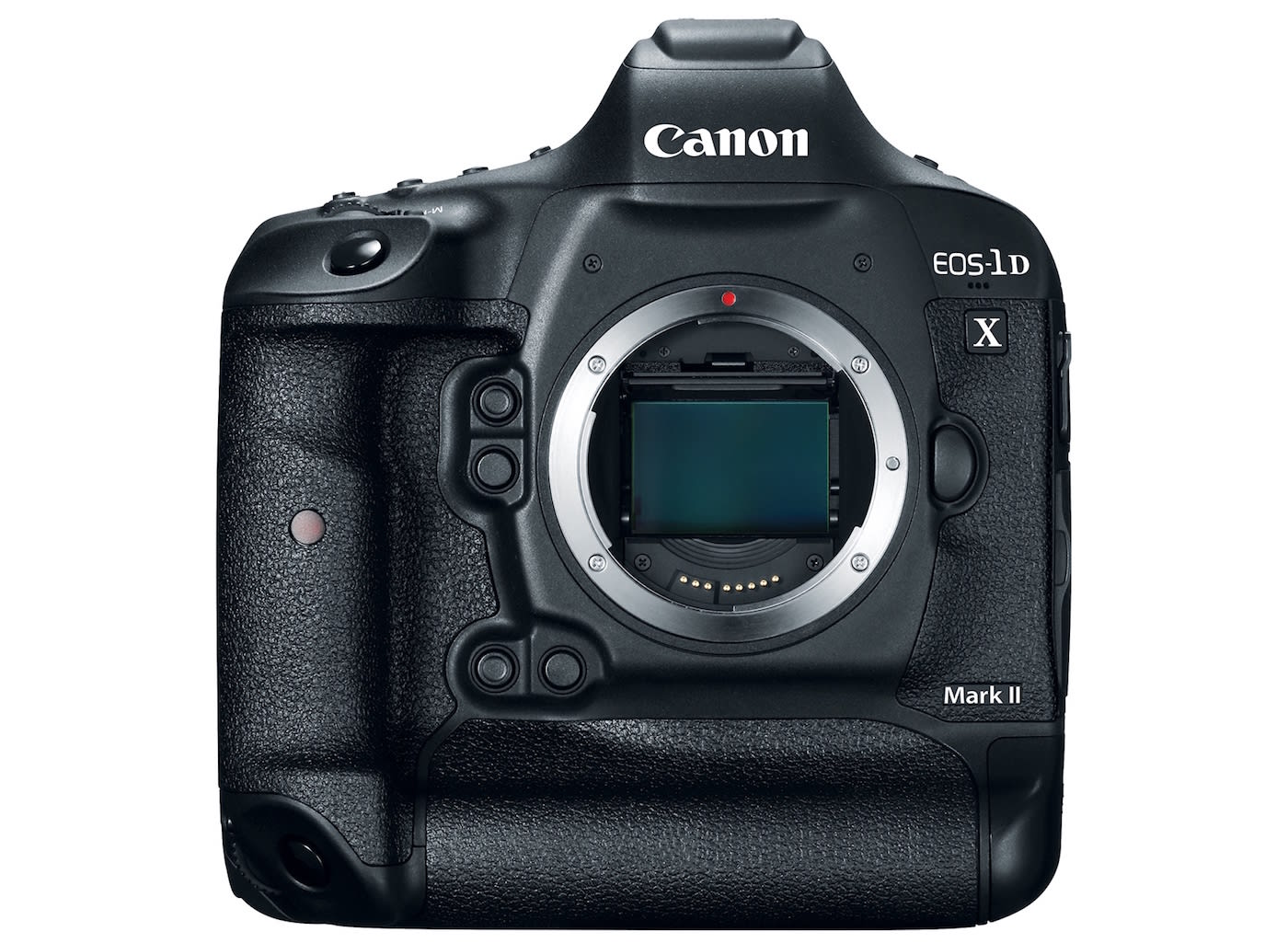 There's no doubt Nikon stole CES 2016, thanks to the D5, D500 and KeyMission 360 announcements. But rival Canon seems to have saved its best for after the show. Today, it's introducing the EOS-1D X Mark II, a highly anticipated successor to the company's flagship DSLR from 2012. Since this is Canon's top-of-the-line model for photographers, major upgrades can be found across the board. The second-generation 1D X sports a 20.2-megapixel full-frame CMOS sensor, Dual DIGIC 6+ processors, up to 51,200 native ISO (409,600 expanded) and a 14 fps continuous shooting mode (16 fps with mirror lock-up). Canon has also revamped the 61-point autofocus system: every AF dot supports an f/8 max aperture, making the camera a perfect option for nature and wildlife shooters. Additionally, the 1D X Mark II's insane burst setting lets it capture as many JPEG images as the memory card is able to fit in. While said feature only works with a CFast card, you get a CF slot too, as well as a fixed 3-inch LCD (1.62 million dots), built-in GPS and a 3.5mm headphone jack -- handy for monitoring audio in video mode.

Speaking of which, Canon's finally bringing 4K to a more mainstream DSLR. The 1D X Mark II is capable of recording 4K internally at up to 60 fps, while 1080p handles 120 fps for slow-motion videos. Interestingly enough, Canon says the touchscreen is limited to video use, meaning you can tap on it to focus with the Dual Pixel CMOS AF, but not anything else outside of that -- no browsing the menus, no pinch-to-zoom on photos.