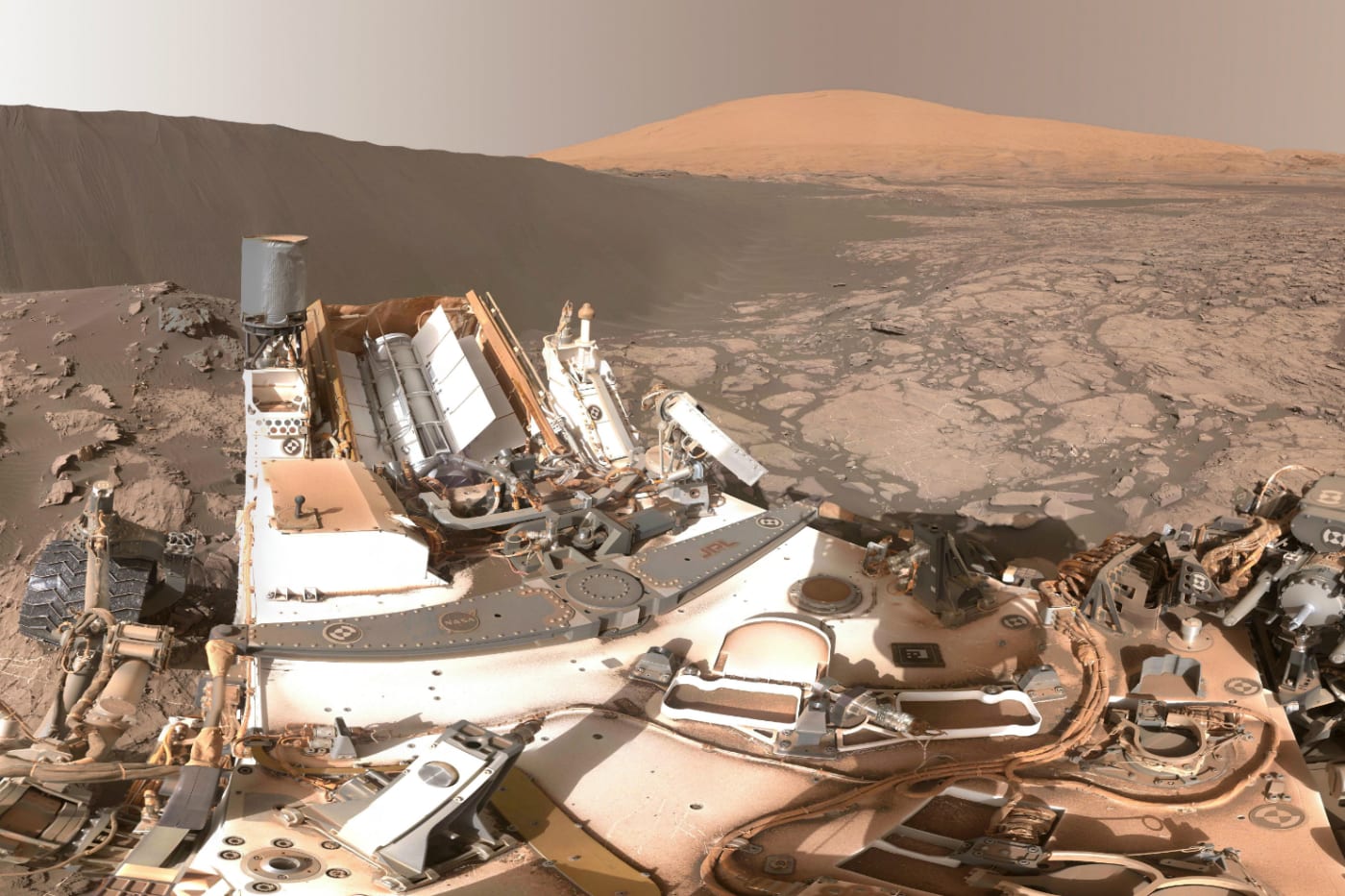 Less than two weeks ago NASA posted a 360-degree video on Facebook that showed the perspective of its Curiosity rover on Mars. It was an exhilarating view, but the way it had been created -- by stitching together lots of different photographs -- meant the final video offered a strange, fishbowl-like picture. Thankfully, NASA's Jet Propulsion Laboratory has uploaded a replacement to YouTube which is lightyears better than the original. While it's still a static shot -- so more of a panorama than a true 360-degree video -- it's another mesmerizing look at the Red Planet.

The component images were captured by Curiosity on December 18, 2015 using the Mast Camera rig, otherwise known as Mastcam, which sits on top of the robot's vertical arm. In the video you can see the Namib Dune, which forms part of the Bagnold Dunes dotted along the northwestern flank of Mount Sharp. NASA notes that, after analysing images taken from orbit, scientists believe the dunes can move as much as one meter during a normal Earth year. A portion of Mount Sharp can be seen on the horizon and of course, Curiosity itself is visible down below on the surface.

You can watch the video in your browser and click around to change the perspective, but for an immersive experience we recommend using the YouTube app on your phone or a Google Cardboard -- with the gyroscope sensor you can look around naturally, which is always pretty fun.

Via: The Verge
Source: NASA JPL (YouTube)
In this article: 360, 360video, curiosity, curiosityrover, mars, nasa, science, space, timeline16vrtour, virtualreality, vr, vrvideo, youtube
All products recommended by Engadget are selected by our editorial team, independent of our parent company. Some of our stories include affiliate links. If you buy something through one of these links, we may earn an affiliate commission.