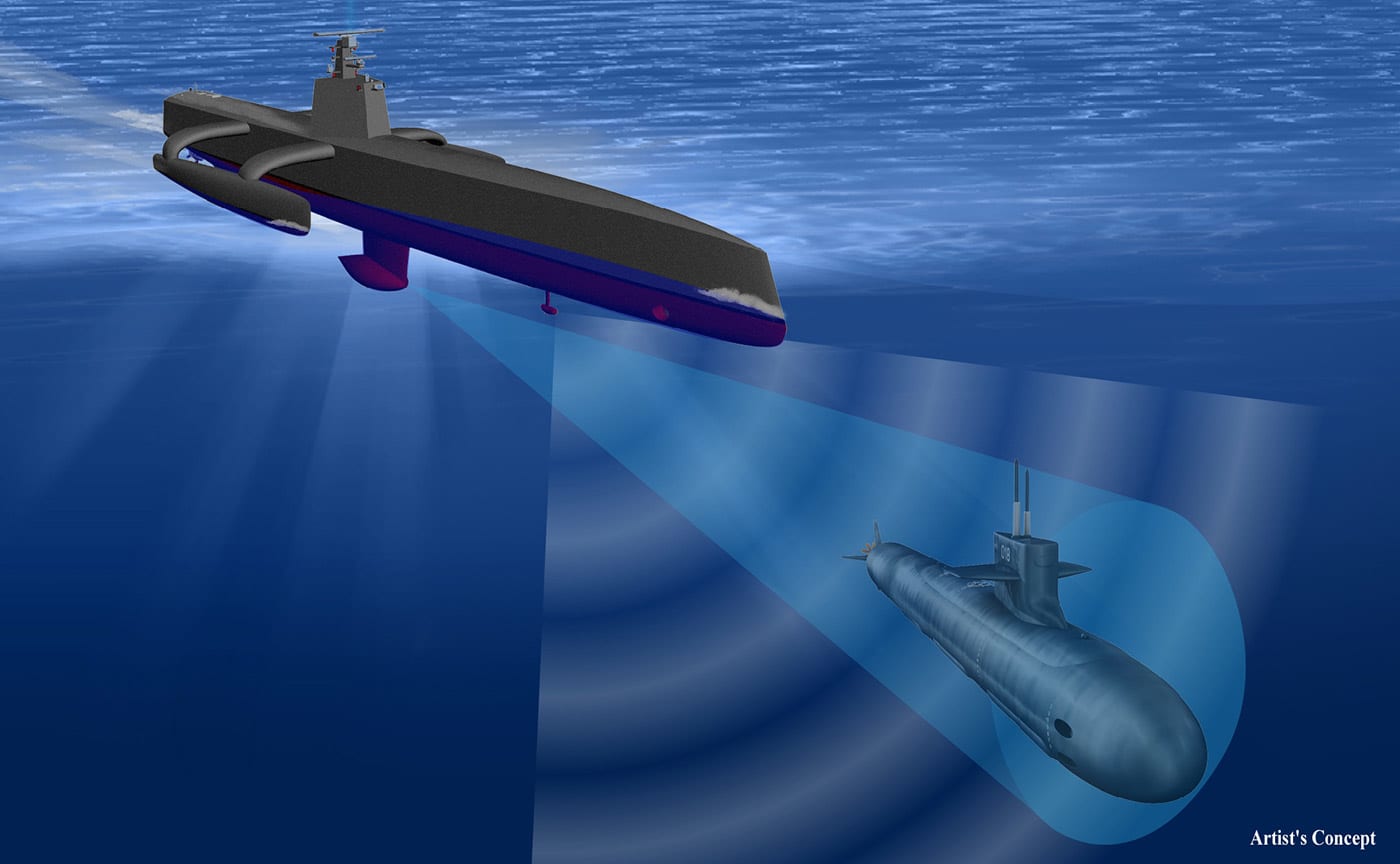 DARPA is christening its autonomous robot ship in April, the agency's director, Arati Prabhakar, has revealed at a media roundtable. That's the same submarine-hunting drone defense contractor Leidos began building in 2014, and the same one that will be steered by software you might have helped develop a few years ago. ACTUV (an acronym for its rather unweildy name: the Anti-Submarine Warfare Continuous Trail Unmanned Vessel) is 132-foot long and weighs 140 tons.

It's designed to be completely autonomous, as that will save the agency a bunch of money. Based on the details DARPA previously shared, the US Navy will deploy sonar buoys to give the drone an idea on where to go. After that, the ship will take over, using long/short-range sonar to detect stealthy diesel electric submarines and follow them around for months. Besides hounding foreign submarines, it can also be used for reconnaissance, to deliver supplies to other ships and counter undersea mines.

After ACTUV's unveiling and christening in Portland, Oregon, the agency will start demonstrating its long-range capabilities over the course of 18 months. That's not all Director Prabhakar announced at the media gathering, though. She also talked about DARPA's funding and other projects for 2017, including its plans to "launch 100 satellites in a 10-day period" using its XS-1 reusable aircraft.

Via: Popular Science
Source: DARPA, National Defense Magazine
In this article: ACTUV, darpa, drone, droneship, gear, robots
All products recommended by Engadget are selected by our editorial team, independent of our parent company. Some of our stories include affiliate links. If you buy something through one of these links, we may earn an affiliate commission.